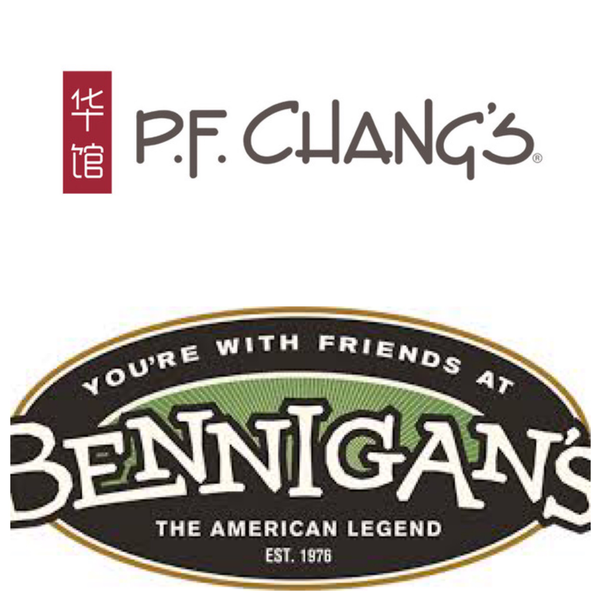 ​We thought of a few chains that are still around, but may have been a bit more prominent in the past. We know that some places on our list remain very popular but for many of these, you wouldn’t know it unless you live nearby.

Let’s start with the restaurants in our cover photo.

P.F. Chang’s was one of the most popular restaurants on the Pike when it was located in White Flint Mall. There were rumors that it would relocate nearby– possibly joining the other popular restaurant from White Flint, Cheesecake Factory, over at Montgomery Mall. That didn’t happen, but I recently found out there’s a P.F. Chang’s location that’s still off of Wisconsin Ave (in Chevy Chase).

Bennigan’s battled TGI Friday’s, Chili’s, and Ruby Tuesday for King of the Chains in the 90s and early 2000s. After the Rockville Pike location closed a decade ago (all 138 United States locations closed in 2008), many thought they’d never see Bennigan’s again. They were wrong! Just a few years ago a new Bennigan’s location opened in Clarksburg. It’s one of just 15 locations in the United States and still has many of the favorites you remember.

Did you know there are still two Ruby Tuesday locations in MoCo as well? Lakeforest Mall and Germantown. 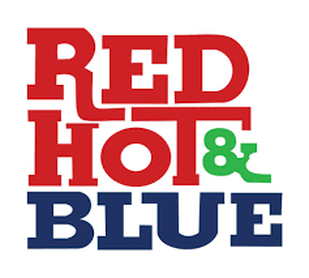 Derwood is home to the only Red Hot & Blue in MoCo. The east coast based chain also has locations in Virginia, New Jersey, North Carolina, and Texas. The popularity of barbecue tends to fluctuate in our area, but they’ve been around for a while. They’ve even outlasted their biggest competitor, Famous Dave’s. 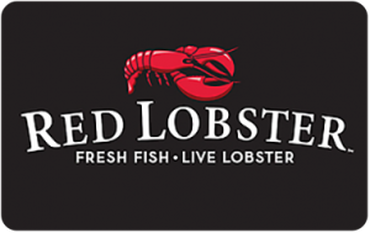 Red Lobster has two MoCo locations (Silver Spring and Gaithersburg). I think we all know they’re there, but many people I’ve spoken with have simply forgotten about them. The seafood chain still runs many of the same specials that helped launch the restaurant into one of the biggest full-service restaurant chains in the world.

Fun Fact: From 1995-2014, Red Lobster was owned by Darden Restaurants. Darden owns multiple restaurant chains that are in/coming to the county. They also own Olive Garden, which would squash the popular rumor about Olive Garden not having any MoCo locations due to liquor laws. 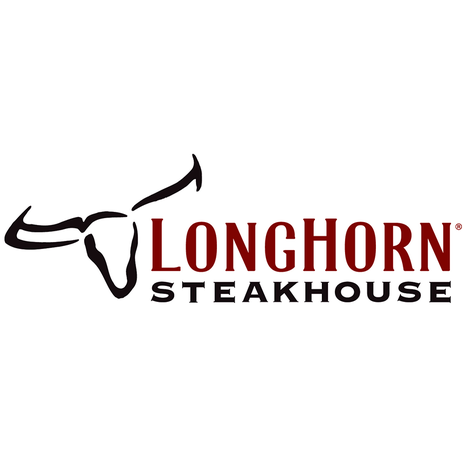 There are almost 500 LongHorn Steakhouse locations across the world, but just one in MoCo– in Germantown. The restaurant chain conducted research at their locations for a year and concluded that most diners prefer their steak done medium (37.5%), with medium-well coming in second (25.8%), medium-rare third (22.5%), then well done (11.7%), and finally rare (2.5%). 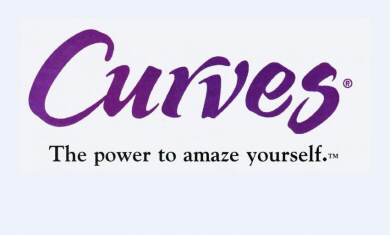 Curves was said to have approximately 10,000 locations worldwide just over a decade ago (almost 8,000 in the United States). They’re currently down to just over 500, according to their Facebook page. Two of them can be found in MoCo– in Colesville and Olney. The Curves fitness facilities are designed specifically for women and consist of circuit and cardiovascular training. 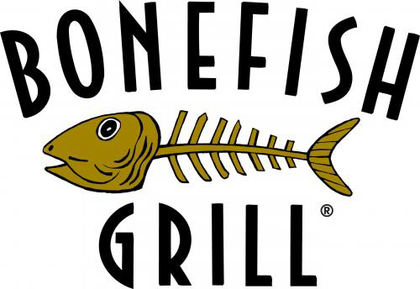 Bonefish Grill has only been around for 18 years. Soon after the first restaurant opened, it was purchased by Bloomin’ Brands, the company that owns Outback Steakhouse (two MoCo locations– Germantown and Aspen Hill) and Carrabba’s (Germantown). The chain currently consists of over 200 restaurants, with one MoCo location in the Kentlands. They’re known for their bang bang shrimp appetizer. 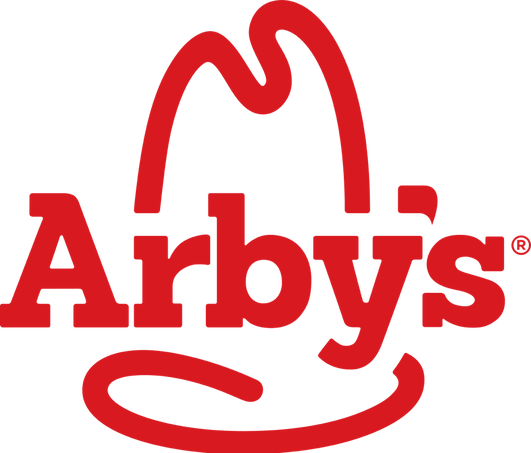 Arby’s is the second largest sandwich chain in America (after Subway), according to Food & Wine. Their commercials air frequently and the company even recently purchased Buffalo Wild Wings earlier this year. So why is it on this list? Well, we asked around and the answer we heard most was that “it used to be in Lakeforest.” In fact, half of the people we asked weren’t aware of the Rockville location headed south on Rockville Pike just after Old Georgetown Rd. 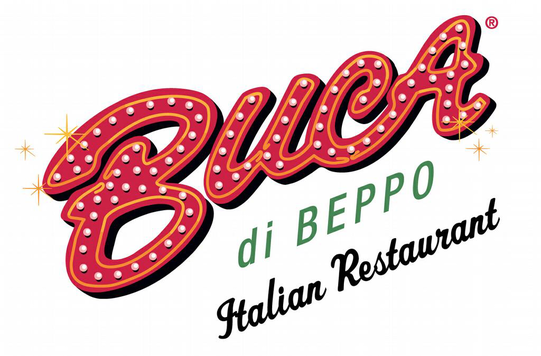 Buca di Beppo roughly translates from “Joe’s Basement” in Italian. The company has almost 100 locations (primarily in the U.S.) and is actually a subsidiary of Planet Hollywood. Buca is known for their large, family-sized portions and their only MoCo location is in the Kentlands.

Torrid was owned by Hot Topic for the first 14 years of its existence. The clothing stores often opened locations next to each other, so that’s why you may associate the two. Most Torrid locations in MoCo have closed, except for the location in Rio, which was never connected to a Hot Topic. The women’s retail chain branched off into its own company in 2015 and currently has over 400 stores in the United States. 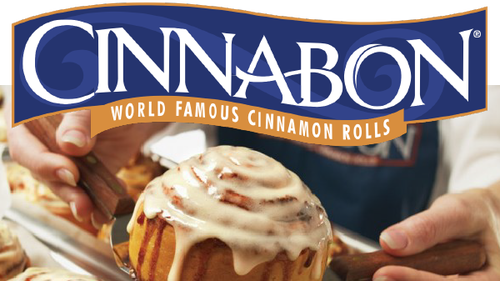 There’s a Cinnabon in every mall, right? Not in MoCo. We are down to just one location! Though Wheaton Mall has our last-standing Cinnabon, there are still over 1,200 locations worldwide. I feel like Cinnabon has been around forever, but the company is actually just 33 years old. 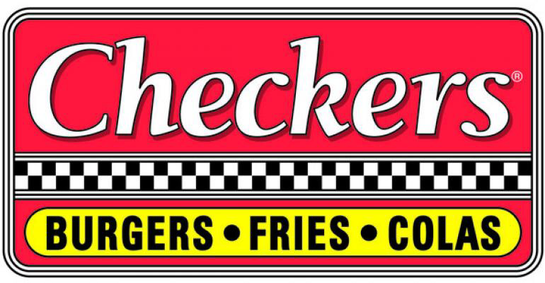 Checker’s is tucked away on Shady Grove Road. They’re one of the largest double drive-they chains in the country, but it’s their sole MoCo location. The company has nearly 800 locations across the U.S., but goes by Rally’s in the Midwest and California (the two merged back in 1999). Rapper Rick Ross, who has famously partnered with Wingstop in the past, recently partnered with Checkers. He opened his first location early last year in Florida.
SHARE TWEET PIN