Montgomery County Fire and Rescue Services (MCFRS) responded to a call for a fire at a home on the 16000 block of Edward’s Ferry Rd in Poolesville early Wednesday afternoon. Crews arrived to find a fully involved house fire, according to Lt. Franco Martinez.

The fire is believed to have started in the kitchen, and was fully extinguished as of 2:18pm, according to MCFRS Chief spokesperson Pete Piringer. A 12 year old child was home alone at the time of the fire and was able to escape uninjured.  The home has been declared a complete loss. 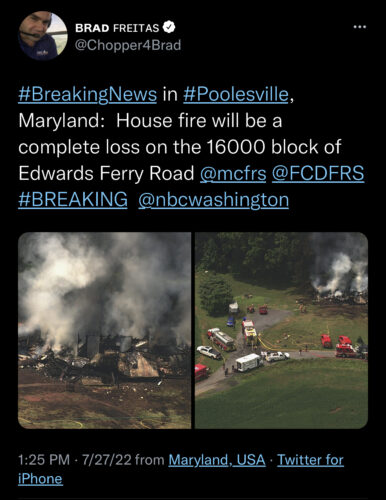 Board of Public Works Approves Funding for Clean...