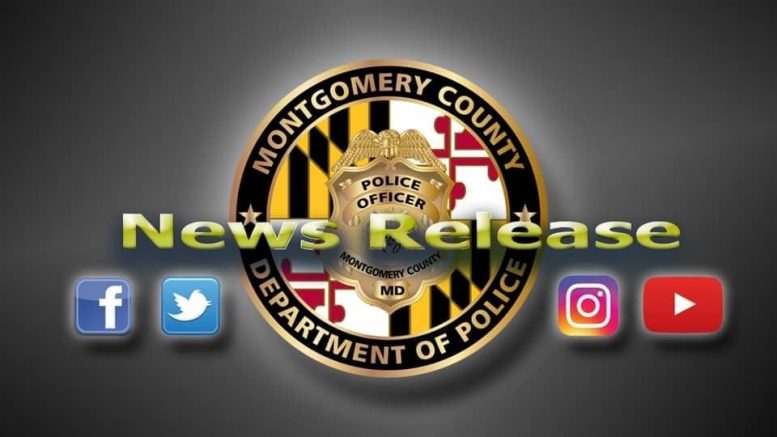 Gaithersburg, MD – Three juveniles and one adult were shot following an altercation at the Plumgar Community Center in Gaithersburg.  On Wednesday, August 18 at approximately 10 p.m., Montgomery County Police officers from the 5thDistrict were called to Scenery Dr. in Germantown for a shooting that just occurred.

Upon arrival, officers located three victims on the basketball court with gunshot wounds. Officers immediately began life-saving measures on the victims and a fourth victim was located nearby. All four; three juveniles and one adult, were transported to area hospitals with varying injuries. The adult victim, 20-year-old Axel Trejos was later pronounced dead.

The second male, a juvenile, has not been charged.

This is an isolated incident and an active and ongoing homicide investigation.  No further details can be confirmed at this time.

The Department urges anyone who has information about this homicide to call the Major Crimes Division at 240-773-5070.  Anonymous tipsters can call Crime Solvers of Montgomery County toll-free at 1-866-411-TIPS (8477) or submit a tip online or via the P3 Tips app.

One Ethiopian Fest This Sunday in Silver Spring

MCPS: All Schools Scheduled to Reopen on Monday, January 3