At least eight athletes with MoCo ties qualified for the 2020 Olympics! 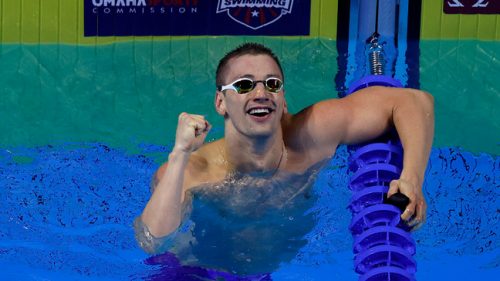 Andrew Wilson, became the first ever D-III swimmer to qualify for US Olympic team. He moved to Bethesda at 3 1/2 when his family moved from London. He started swimming as a child at Kenwood Golf and Country Club. Wilson attended Norwood School in Bethesda until eighth grade where he then transferred to a boarding school in Massachusetts.

At 17, Wilson transferred to Emory University in Atlanta, GA where he persuaded the coach to give him a spot on the team. Wilson didn’t even place on the travel team for the Division III program in his freshman year. Ten years later, Andrew finish second in the final of the 100-meter breaststroke at the U.S. Olympic trials, securing a place on the team. His mother was a gymnast at Yale and his sister swam at Northwestern. 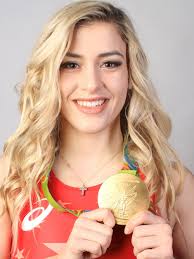 Helen Louise Maroulis is a Rockville-born freestyle wrestler who competes in the women’s 55-kg 53-kg and 57-kg categories.At the 2016 Summer Olympics in Rio de Janeiro, Brazil she became the first-ever American to win a gold medal in women’s freestyle wrestling at the Olympic Games.

She attended Magruder High School for three years, where as a freshman she became the first female wrestler to place at the Maryland state wrestling championships. She has been a great spokesperson for mental health awareness after suffering many physical injuries, brain trauma and the effects of prescription medicines. 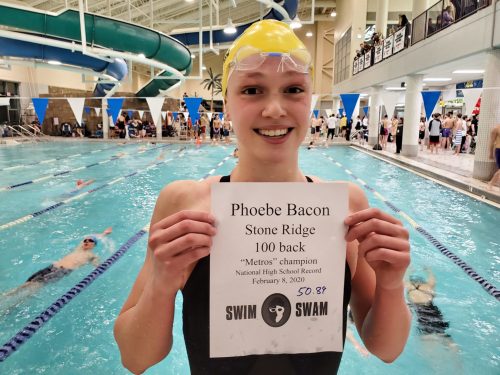 (Pictured: Inside the Germantown Indoor Pool)

Phoebe Bacon is a Chevy Chase born Olympian swimmer and recent Stone Ridge of Sacred Heart high school School Graduate. She holds the 5th fastest 100 m backstroke swim in the world for the 2019 calendar. She qualified for the US Olympic Swimming Team, placing second in the 200m backstroke at the Olympic Team Trials.

Bacon began swimming during the summer at the age of 3 for the Tallyho Foxes. When Phoebe Bacon was 4 or 5 years old at the Little Flower School in Bethesda, she was assigned an older “buddy” who was more advanced and could teach her; she happened to be paired with at the time 10 or 11 year old Katie Ledecky who ended up becoming her mentor and Olympic teammate.

She swims for the Nations Capital Swim Club (NCAP-MD) at the American University site, just as Katie Ledecky did. At the age of 14 she qualified for the U.S. Olympic trials, but didn’t secure a spot on the team. In 2020 Phoebe set a National High School Record at the D.C. Metros and became the first woman to swim under 51 seconds at a high school meet with a time of 50.89 seconds. 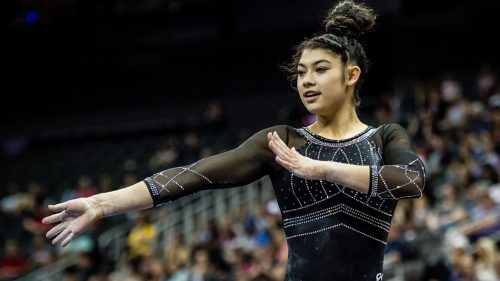 As a sophomore, DiCello accepted a full athletic scholarship to the University of Florida.

Kayla and her two sisters practice gymnastics at Gaithersburg’s Hills Gym off of Lindbergh Drive.

On the Final night of the trials her scores were: 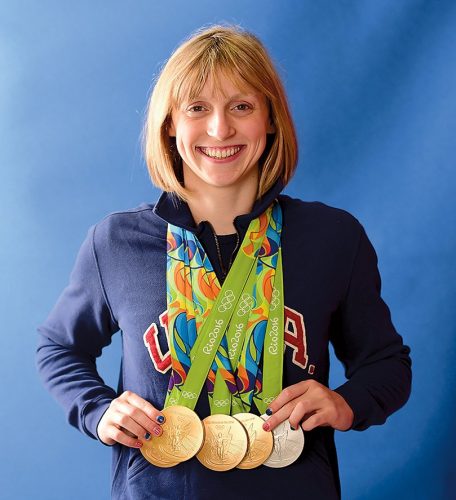 Kathleen Genevieve Ledecky was born in D.C. and raised in Bethesda. She attended Little Flower School through eighth grade and graduated from Stone Ridge of Sacred Heart high school in 2015. Ledecky finished her high-school career as the holder of the Stone Ridge school record in every swimming event except the 100-meter breaststroke.

Influenced by her mother and brother, she began swimming when she was 6, they swam for the University of New Mexico. Instead of following those footsteps she swam and studied at  Stanford University.

At the moment, she is considered the worlds greatest swimmer. She is the current world record holder in the women’s 400-, 800-, and 1500-meter freestyle. Ledecky has won five Olympic gold medals, one silver and 15 world championship gold medals, the most in history for a female swimmer. She has been named world Swimmer of the Year five times. 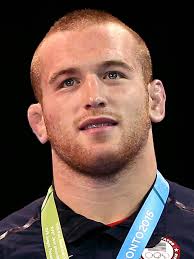 Our Lady Of Good Councol High School graduate, Kyle Snyder is returning to the olympics. Kyle Snyder is a freestyle wrestler and graduated folkstyle wrestler who competes at 97 kilograms. In his junior year he was ranked as the #1 pound-for-pound high school wrestler in America by Flowrestling and named the national high school wrestler of the year by both Intermat, and ASICS. During his first three years of high school, he held an impressive record of 179–0. Senior year, he spent his time training at the Olympic Center and competed internationally for Team U.S.A. Winning America’s first Junior World Championship in over 20 years while becoming the youngest two-time Junior World medalist in American history.

He currently holds the distinction of being the youngest Olympic Gold medalist and the youngest World Champion in American wrestling history (all before his 21st birthday)! 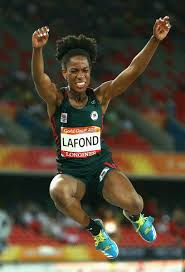 Kennedy graduate Thea LaFond is a long-term substitute teacher in Montgomery County Public Schools and triple jumper representing Dominica. After her time at Kennedy, she continued her athletic and educational career at the University of Maryland in College Park where she set the highest ever women’s triple jump score in school history (44-02.75), a record that still stands today.

She became the first Dominican athlete,to ever win a medal for her country in the competition, earning a bronze medal in the Triple Jump at the 2018 Commonwealth games. 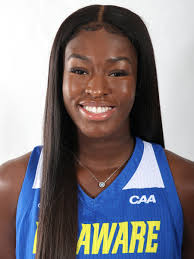 Nicloe Enabosi is a Germantown-based Power forward for Nigerian Olympic team. She graduated from Our Lady Of Good Councol High School where she was a decorated track & field and basketball athlete. She averaged 18 points per game and was a member of Best Buddies, Key Club, President Club and Honor Roll.

She earned a Bachelor of Science degree in May 2019 from the University of Delaware’s Alfred Lerner College of Business and Economics and a Master’s in International Business in May of 2020. She was named the Colonial Athletic Association (CAA) player of the year for the 2017–18 season. During the 2018-19 season she tore her ACL and missed the season. Enabosi resumed playing for Delaware in the 2019–20 season as a graduate Student.

A Doggie Day is Coming to Gaithersburg