2021 Year in Review: A look back at some of our most popular (non-COVID) posts and stories from the past year.

Below you’ll find some of our most popular (non-COVID) posts and stories from 2021.

Jon Bernthal hanging out at the Lego Store in Westfield Montgomery 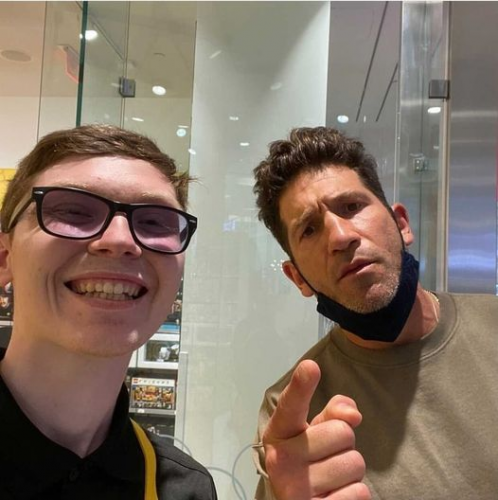 “Originally from MoCo, the actor is popular for his many roles in television series and movies such as The Walking Dead, The Punisher, The Wolf of Wall Street, The Accountant, Ford v Ferrari, and the recent Soprano’s movie The Many Saints of Newark.

He grew up in the Cabin John area and graduated from Sidwell Friends in DC in 1995.

He still has family in the area and is spotted hanging out in MoCo all the time.

Kansas City Chief Dorian O’Daniel played against Tom Brady and the Buccaneers at this year’s SuperBowl LV in Tampa, FL.

That year he also made the Washington Post’s All-Met First Team. O’Daniel then graduated from Clemson with a degree in parks, recreation, and tourism management.

Last year Dorian and the Chief’s won the NFL Championship when they defeated the San Francisco 49ers SuperBowl LIV. 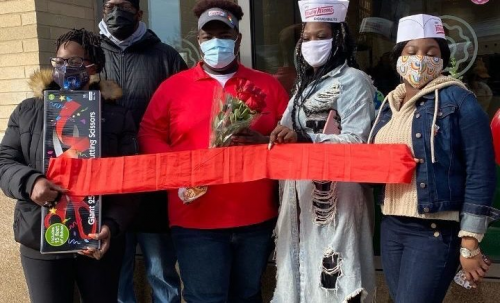 Brian is a MoCo native. He was born and raised in the county and graduated from Wootton High School in 2018.

He has worked for Krispy Kreme for five years, starting a the Fallsgrove location in Rockville, where he became a full-time in employee after his high school graduation and served as an assistant general manager.

After just 9 months, he was promoted to general manager of the DuPont Circle location before being asked to open the newest location at 3100 14th Street in Columbia Heights last month.

Brian tells us his experience opening a new store has been “more than fun” and was excited to be able to open the store in February– Black History Month.

We wish Brian the best at Krispy Kreme and look forward to seeing him continue to succeed. Maybe he will bring MoCo a second Krispy Kreme location? We can only hope!

Full story in the link.https://t.co/ljcrWJmClm

Steve Chu, QO alum and owner of Baltimore restaurant Ekiben, packed up and headed to Vermont when he learned that one of his customers, who was diagnosed with stage 4 cancer, was craving one of their dishes.

A family member had reached out to the Ekiben team to tell them that her mother-in-law, who lives in Vermont but often visits Maryland, had stage 4 lung cancer and was craving Ekiben’s tempura broccoli. The family member shared that she was planning to drive up from Maryland to Vermont and wanted to surprise her Ekiben-loving relative with the dish.

After asking whether she could either have the recipe or ingredients for the broccoli dish so it would be fresh after the long drive, she got a surprising response from Ekiben’s team. Chu replied by saying “Thanks for reaching out. Ephrem [a co-owner] and I are more than willing to meet you guys in Vermont, and make the food fresh so it will be just like what she remembered.”

As reported by Good News Movement , Steve and his team stayed in the area for a couple of days and turned down the family’s offer to compensate them for their air bnb, food, and gas. Chu was joined by co-owner Ephrem Abebe alongside one other team member.

We want to give a shout-out to this gentleman.

IG user @ jimmyrojas3745 tells us that he was checking on everyone and helping out after a car accident near Wisteria/118 in Germantown earlier today until fire and rescue services around ❤️ pic.twitter.com/YP4Kn3oN6Q

Back in November, the Montgomery County Board of Education voted to change the name of Col. E. Brooke Lee Middle School in Silver Spring to Odessa Shannon Middle School.

The change will take place following this school year and yesterday the school staff unveiled the brand new mascot and school colors in a YouTube video.

Odessa Shannon Middle School has adopted “Wolves” as the new mascot and has chosen blue (the top color from a survey) and light green (Odessa Shannon’s favorite color) as the nee school colors.

Shannon was the first African-American Board of Education member and a lifelong activist. She worked tirelessly to help close the achievement gap for minority families and was the recipient of numerous awards, such as the Human Rights Hall of Fame, the African American Living Legend Award, and Hornbook Award for Outstanding Service to Education.

Shannon’s name will replace Col. E Brooke Lee, a Maryland politician whose policies shaped Montgomery County’s zoning and land use in the 1920s. These laws barred African-Americans from living in Silver Spring, with the exception as domestic servants. It wasn’t until 1968 that Montgomery County enacted fair housing policies.

Police Search for a Raccoon After Attacks in Rockville 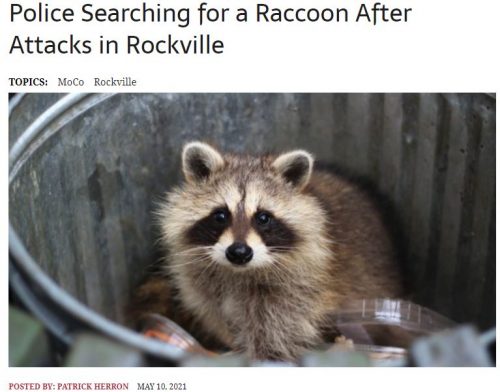 “The Rockville City Police Department is asking community members to be on the lookout for a raccoon that attacked a dog and a child in Rockville on Monday morning.

Anyone who sees a raccoon acting aggressively should leave the scene and call 911.

Later in the morning, around 11 a.m., a child was bitten in Kinship Park, 254 N. Washington Street.

Officers from the Rockville City Police Department are actively searching for the raccoon.”

The Last Arby’s in MoCo Closes 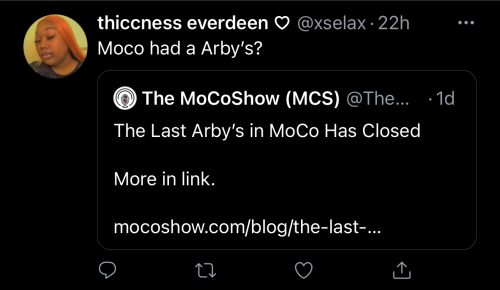 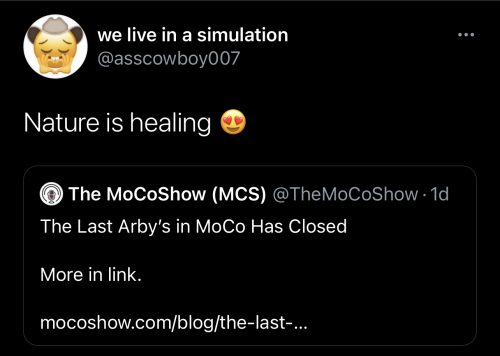 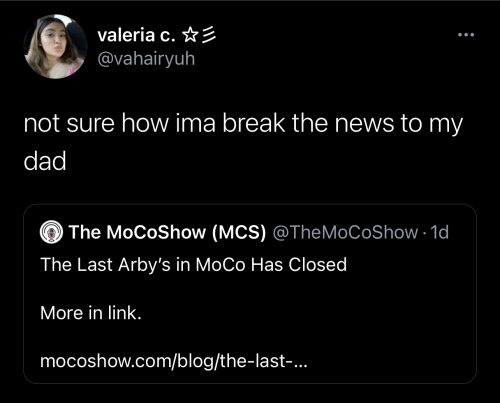 As seen on the Wootton Parkway overpass on 270 S https://t.co/9ULKOD86pL pic.twitter.com/H2b3yaYnwZ

Details in the link below.https://t.co/vHiI1C9I7w

“On Saturday, June 26th Wil Armstrong, a 2016 Damascus High School graduate, commenced his cross-country bike ride “Against the Wind” from Rehoboth Beach, DE. He is expected to finish 2.5 months later in Seattle, Washington. Throughout this journey, Wil is updating his daily blog with his progress, experiences, and updates on his banana consumption count. During his cross-country journey, he is crowdfunding for the ALS Association after seeing his mentor and former basketball coach, Rodney Lapp, go through it.

Wil played football for his high school’s state champion team and later played rugby at the University of Maryland. What started off as a high school job at Jimmie Cone carried over into his time at the University of Maryland, where he got his Master’s in Quantitative Finance through the Robert H. Smith School of Business through their Plus One program. With eight years under his belt, he was the Damascus Jimmie Cone’s longest tenured employee! How much more Damascus can you get?

When people ask Wil why he is taking on such an adventure he says, “Touring is a way to use my gifts to make a difference in the world, the stars are aligned, and nothing makes me feel more clear, focused, and alive.”

Details in the link below.https://t.co/wstLds7SI0

Helen Louise Maroulis is a Rockville-born freestyle wrestler who competes in the women’s 55-kg 53-kg and 57-kg categories. She was the first-ever American to win a gold medal in women’s freestyle wrestling back at the 2016 Rio Olympic Games.

In August, she became the first American woman to win two Olympic medals in wrestling when she beat khongorzul Boldsaikhan from Mongolia for the Bronze medal.

She attended Magruder High School for three years, where as a freshman she became the first female wrestler to place at the Maryland state wrestling championships. She has been a great spokesperson for mental health awareness after suffering many physical injuries, brain trauma and the effects of prescription medicines. 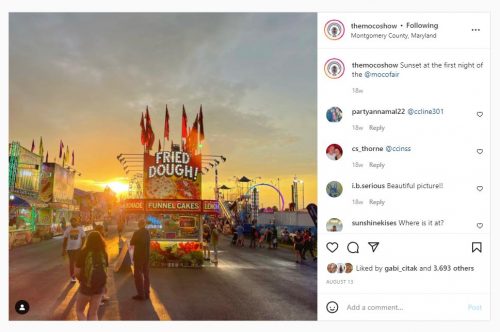 Amazing shots of the @mocofair by our eye in the sky, @dronifydmv 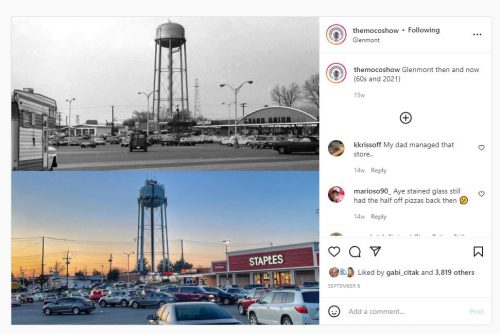 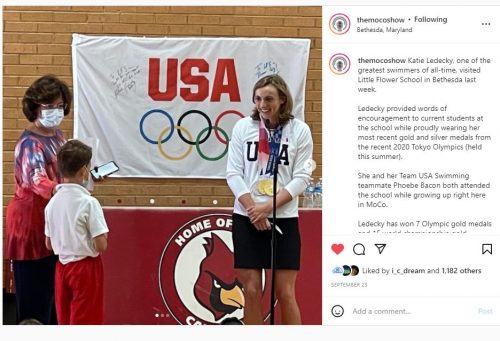 Ledecky provided words of encouragement to current students at the school while proudly wearing her most recent gold and silver medals from the recent 2020 Tokyo Olympics (held this summer).

She and her Team USA Swimming teammate Phoebe Bacon both attended the school while growing up right here in MoCo.

The school posted the following message and pictures on its social media:

“Little Flower School Alumna KATIE LEDECKY came back for a visit! Thank you Katie for being an amazing role model and inspiration to our entire Cardinal Community. We are so proud of you! 🥇🏊‍♀️🇺🇸”

Video by AM passenger, Jon Puhl 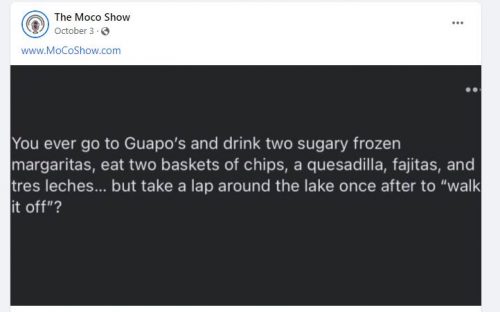 Lenny Myers was awarded Educator of the Month by The Washington Football Team‘s Black Engagement Network earlier this year.

”Mr. Myers leads from the front. He is an amazing teacher in the classroom at John F. Kennedy High School and his students love and respect him.

His best work is in his community; Mr. Myers has a program for children looking to gain new basketball skills through his program, “Reach Beyond Basketball.” This program provides financial help to to children in the community with scholarships in order to take the burden off of struggling families.” 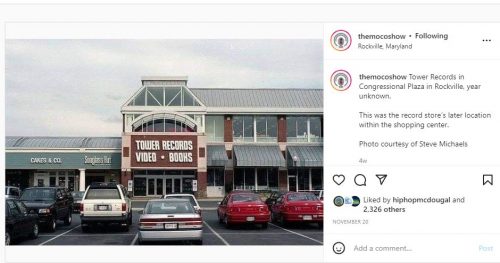 Read our full article about the history of Tower Records in Rockville here.

New server at Thai Tanium in Kentlands. You can pay with cache or credit 🤓

Beyond MoCo: DC to Require Proof of Vaccination for Restaurants and Gyms

Two Juveniles and an 18-Year-Old Arrested and Charged With First Degree Murder, Armed Robbery, and Conspiracy to Commit Robbery Following the Death of a 33-Year-Old Bethesda Man

Additional Details on This Year’s Pride in the...

Montgomery History Online Presentation on ‘I Have Started...