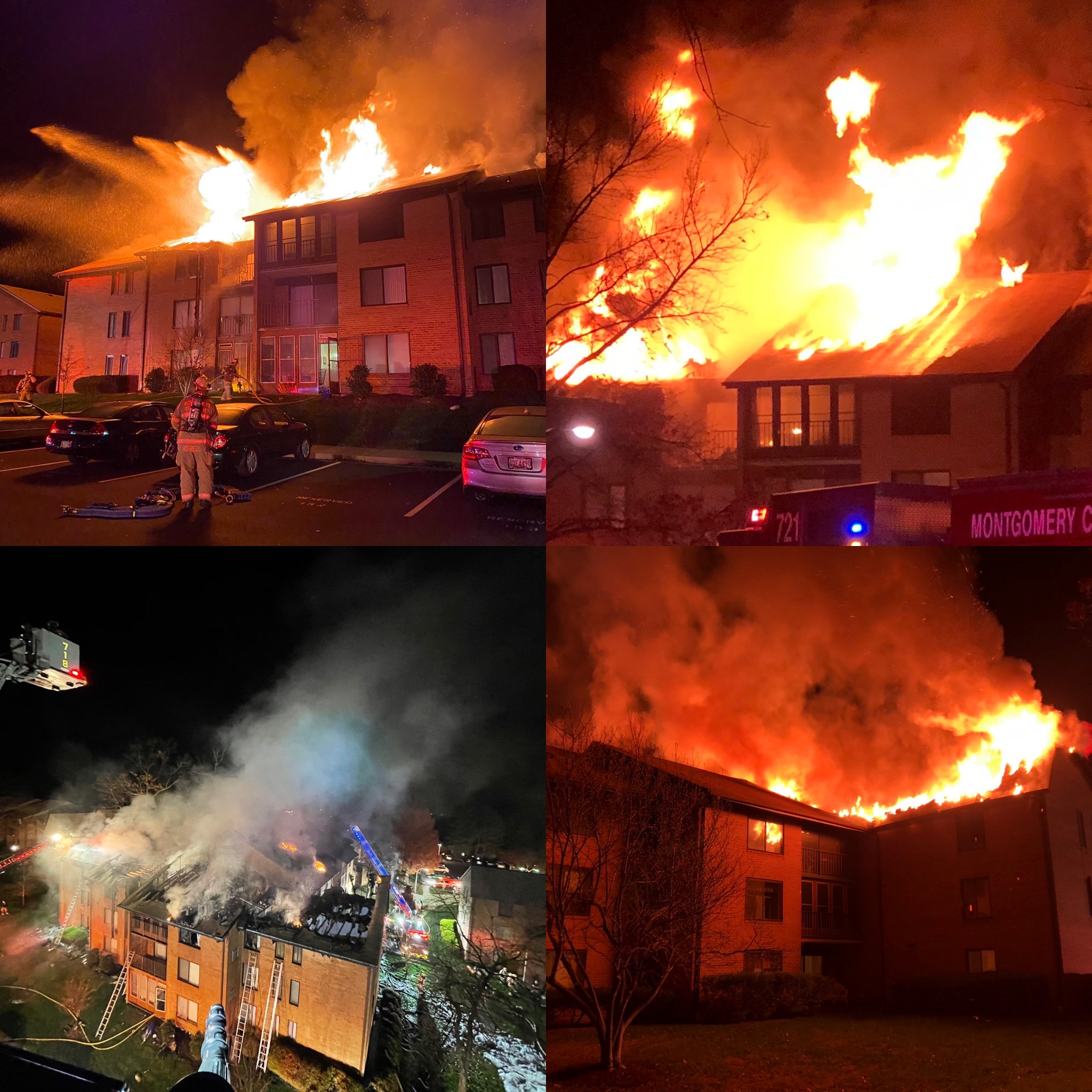 UPDATE, 1:15pm: Police are conducting a death investigation after a missing resident was located in her apartment.

At approximately 1:30am this morning, a fire broke out on Elkridge Way in the Leisure World community.

Approximately 120 firefighters were on the scene at the 55 and up gated development that is primarily inhabited by retirees.

The alarm sounded soon after the fire began and the building was immediately evacuated.

Though there was significant damage, there were no reported injuries to residents or firefighters. Nearly 50 residents were displaced and initially moved to the Leisure World clubhouse and provided with comfort needs and face coverings.

Later in the morning, firefighters assisted residents in retrieving personal effects and medications before the Red Cross relocated them to a hotel.

Shirley Butler Has Died at 91, Leaving a Legacy at Butler’s Orchard