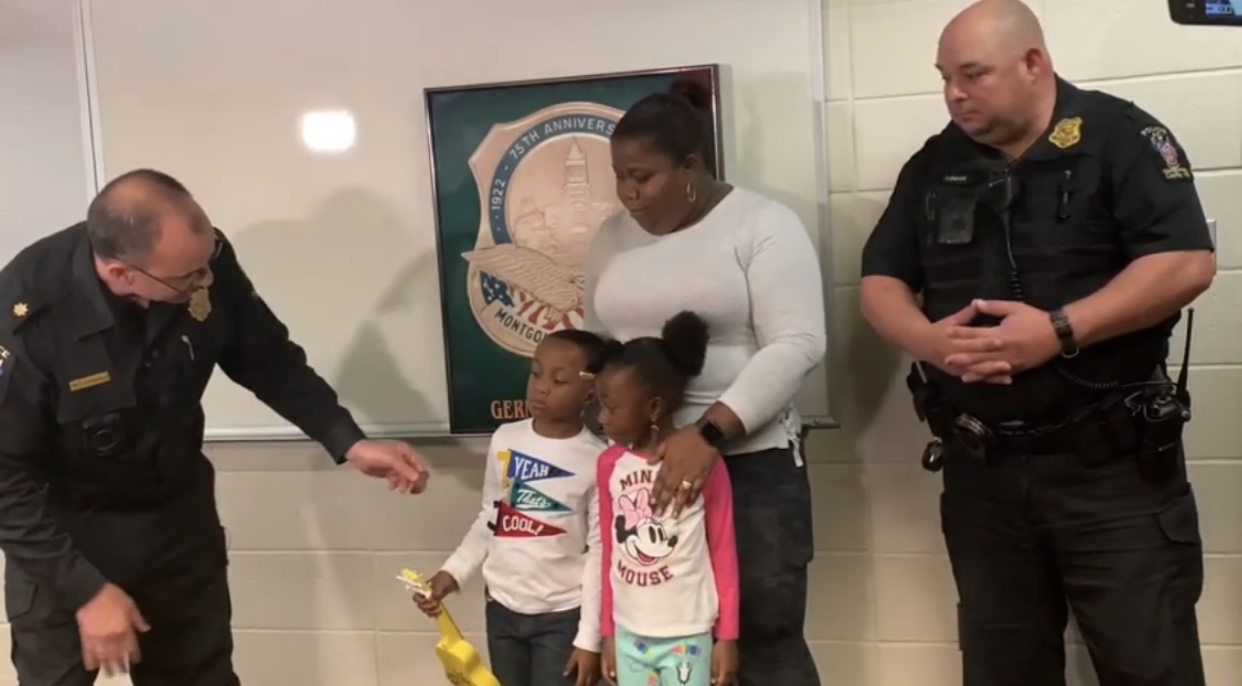 4 year old Aiden George earned a Certificate of Appreciation in recognition for finding help for his mother when she was in medical distress.

When Aiden George’s mom experienced a medical emergency that left her unconscious in a school parking lot, the little boy began to walk down Thunderhead Way in Germantown.

A concerned resident called 911 to report that a small child who was crying was walking unaccompanied down the street.

When officers caught up with Aiden, he was able to tell them his name and take them to his house on Thunderhead Way. Nobody was there, but Aiden continued to make statements that led the officers to believe his mother was experiencing a medical emergency.
Officers were able to locate Aiden’s mother in a nearby school parking lot, where she was unconscious. Fire and Rescue responded to the location and transported his mother to the hospital for treatment.
The screen grab is courtesy of the MCPD YouTube video: https://youtu.be/WJ0JiWRrLzs