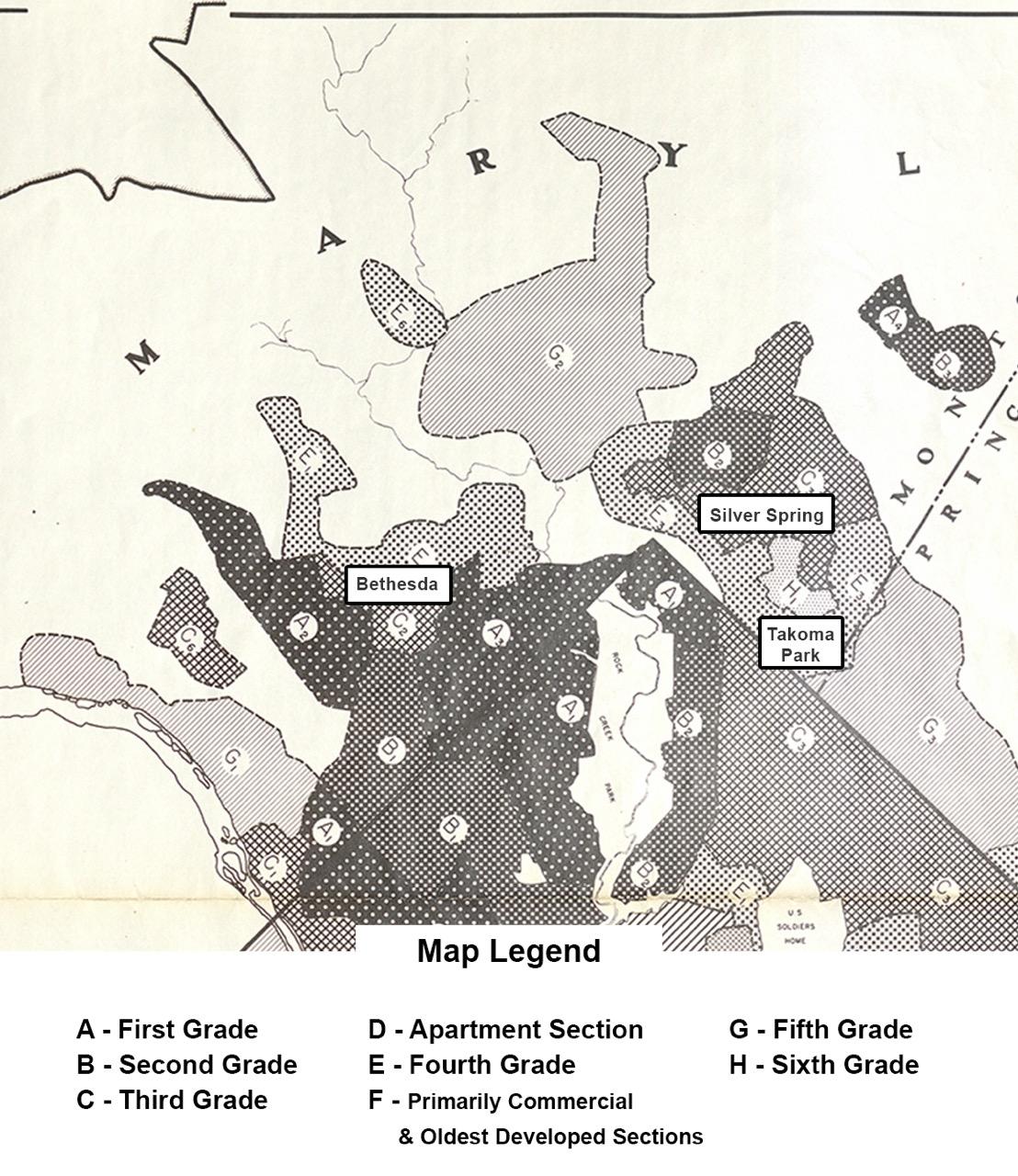 This map of residential sub-areas in the DC metro region was produced by the Federal Housing Administration in 1937. The map categorizes neighborhoods into grades that represent how worthy they were for investment and insured mortgage lending. The grading system was directly influenced by race and class. 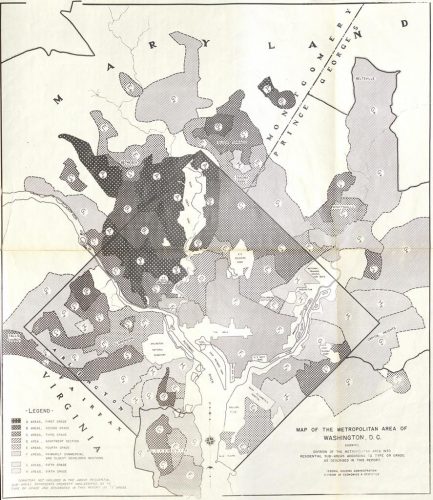 Montgomery County is visible on this map. The higher graded regions (which are shaded darker) include Bethesda, Chevy Chase, and a portion of Silver Spring. Neighborhoods that had higher concentrations of African Americans were assigned the lowest grades (shaded lighter). 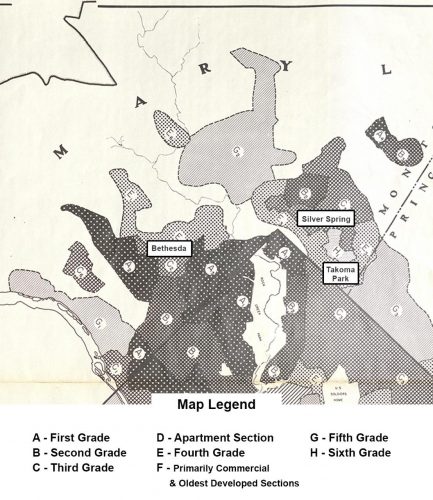 Other parts of the county are unmarked because they were rural with limited development at the time.

Who is Tuckerman Lane Named For? Walter Tuckerman