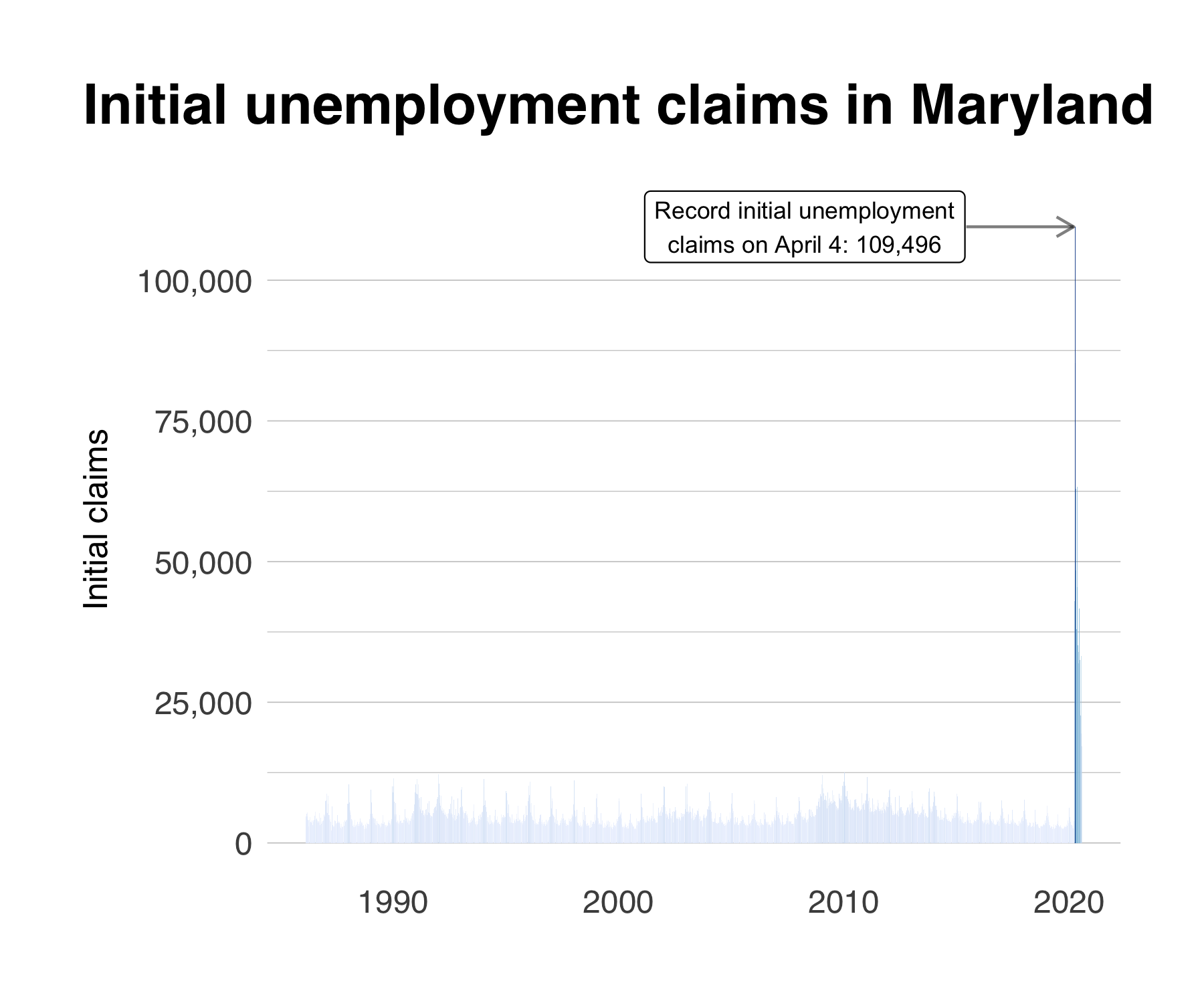 About 240,000 Marylanders on unemployment as $600-per-week federal supplements run out.
As of last Saturday, almost a quarter-million Marylanders were collecting unemployment insurance, according to the Department of Labor. Prince Gerorge’s County, Baltimore City, Baltimore County, and MoCo are the jurisdictions in Maryland with the most beneficiaries.
The $600-per-week unemployment benefits authorized by the Cares Act expired last week, and Congress has yet to pass a replacement. There has been a disagreement about what ought to happen– many people want to continue the payments, while others want to decrease or end the payments altogether. Marylanders will continue to receive their regular unemployment benefits regardless of the federal government’s plans.
Nationally, more than 30 million Americans—one-in-five workers—are unemployed, according to Forbes.
The chart shows the unprecedented jump in initial unemployment claims in Maryland due to the pandemic. 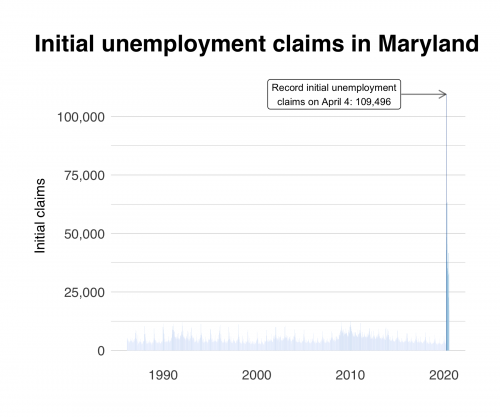 Be the first to comment on "About 240,000 Marylanders on unemployment as $600-per-week federal supplements run out"