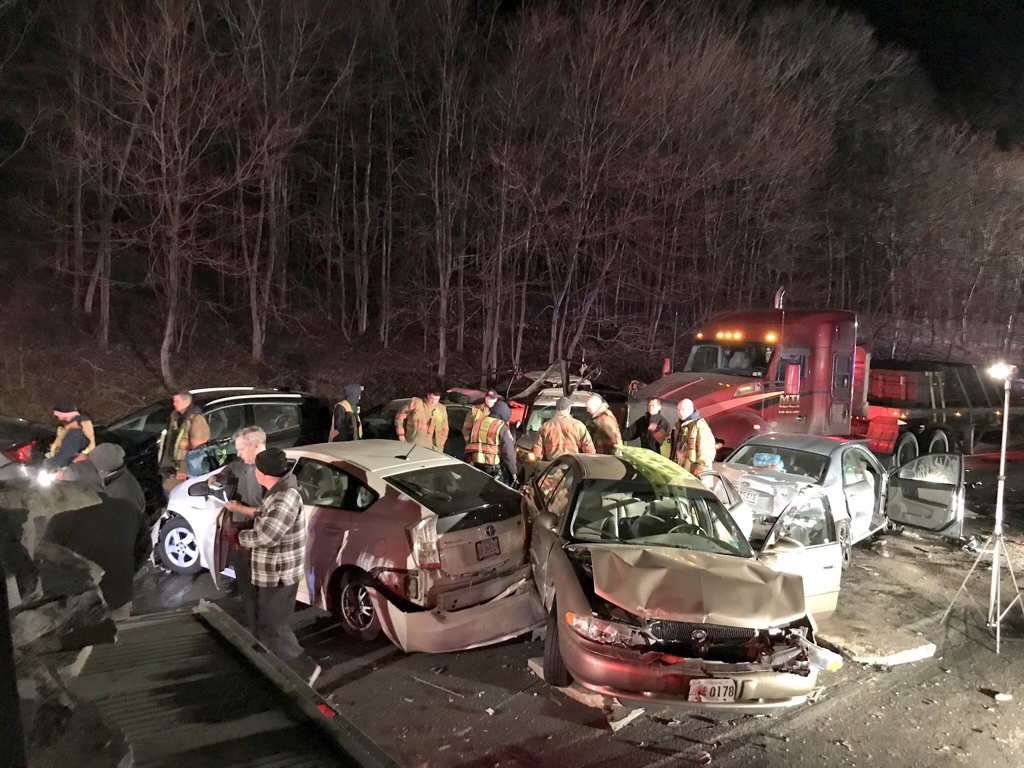 Courtesy of Pete Piringer (@mcfrsPIO).
In a scene that could come out of a movie, a collision involving a tractor trailer carrying stones and gravel caused the stones to hit multiple cars going southbound on I-270 between Middlebrook Rd. and Montgomery Village Ave. around 5:30AM.

EMS declared this an MCI (mass casualty incident). MCFRS PIO, Pete Piringer, tweeted that people were transported to the hospital and that some were trauma patients. 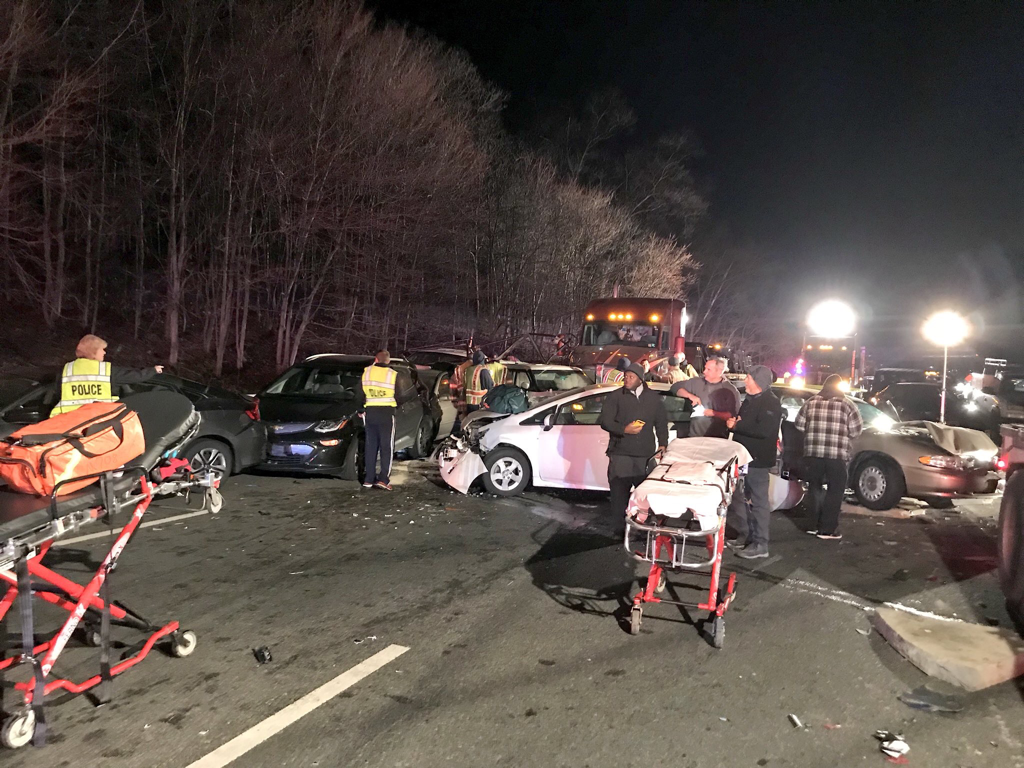