Actor Rich Rotella grew up in Germantown, MD. He graduated from Northwest High School in 2002 and has gone on to star in Lionsgate’s feature comedy, “The Newest Pledge (2010).” One of his favorite gigs has been a national commercial for “TIDE Laundry” opposite iconic Betty White. And recently, he wrote, directed, and starred in the original feature film, “Marlo Lasker (2020).” Rotella’s latest role is as the star of a documentary he is filming about cosmetic limb lengthening, where he is the patient.

Though Rotella has trained in improvisation at “The Groundlings” and studied under Lee Strasberg’s disciple Eric Morris (acting coach to Johnny Depp and Jack Nicholson), he says that at 5’5 casting directors have always told him he is too short to play the lead. So on On April 19, he underwent a painful cosmetic procedure in which both of his femurs were broken, the first step in a process that will make him 3.25 inches taller, according to PEOPLE magazine. He hopes to be 5’8″ by the end of July.

In the interview with PEOPLE, Rotella says his height was more than just a career impediment. “On a personal level, I was tired of putting little lifts in my shoes,” he recalls. “I was always the shortest person in the picture. It was an annoying thing I really wanted to correct.” After researching the procedure, and reaching out to Victor Egonu who underwent the procedure and has created a website about it, Rotella decided that he would be making a documentary detailing the process, starring himself as the patient.

The procedure took place last month at the Paley Institute with Dr. Dror Paley, who brought the procedure to the United States in the 80s after training with Russian orthopedic surgeon Dr. Gavril Ilizarov, who pioneered the procedure in the 50s. Paley has performed over limb lengthening surgeries in his career, some medical to correct an imbalance between the length of two legs, and some cosmetic, such as Rotella’s procedure. 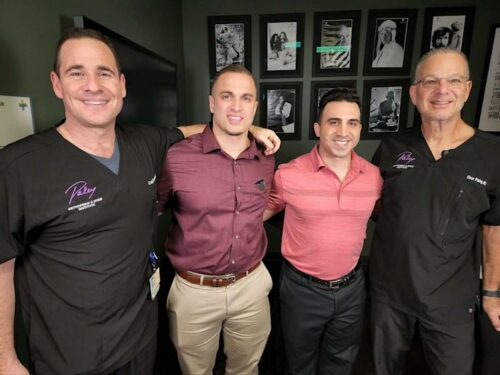 According to the Paley Institute, the limb lengthening process works by gradually growing new bone and soft tissues (skin, muscle, nerves, blood vessels, etc.). Bone and soft tissue regenerate when they are pulled apart at a very slow rate, a process known as distraction. The rate of distraction is typically one millimeter per day. Any faster and the bone may fail to form in the gap, muscles will become contracted, and nerves may become paralyzed; any slower and the bone will reform in the gap, a process known as premature consolidation, which halts the lengthening.

Lengthening is divided into two phases: distraction and consolidation. Lengthening happens during the distraction phase. After the desired length is obtained, the newly regenerated bone is still very weak. The hardening and calcification of this new bone is called the consolidation phase.

The surgical devices Paley developed cost about $15,000 each. Rich needed two, one for each leg. All the hospital fees, including physical therapy, came to an out-of-pocket expense of $100,000 (Insurance only covers limb lengthening for medical reasons, but not cosmetic).

Rotella remains in Florida doing rehab, where he works with a physical therapist every day, five days a week, for one hour. He does his physical therapy exercises four times a day. After each workout, he lengthens the screw one turn, which is .25 millimeters.

Rotella is hoping to sell his documentary to a streaming service next year. 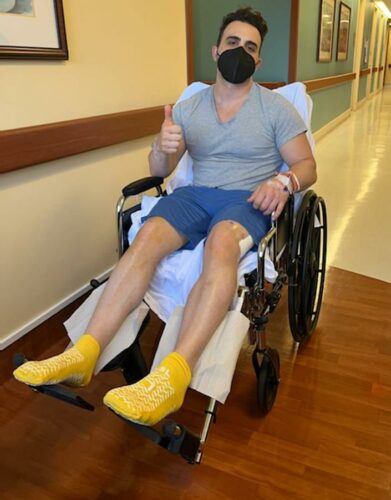 Let’s face it his night has nothing to do with him being told he’s too short to be a leading man in the movies, he is not good enough looking to get leading man roles.

What a loser. Get over it.