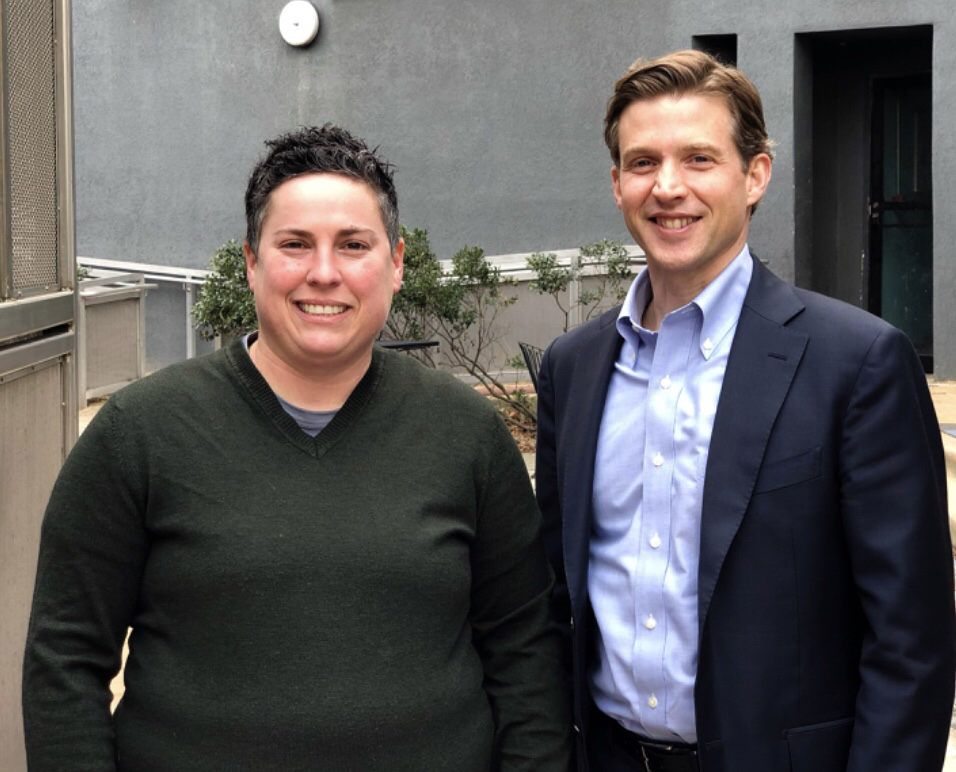 Photo courtesy of AlexRoss.com
According to Maryland gubernatorial candidate Alec Ross’s website (and reported earlier this morning by Bethesda Beat), he has chosen Denizen’s co-owner Julie Verratti as his lieutenant governor in the upcoming election.

Verratti, a MoCo native, has never been elected to public office. In the past, she has supported a bill that allows for the refinancing of student loans for Montgomery County residents. She would like to provide incentives for young workers to live in MoCo, as well as encourage businesses to start and grow here.

Be the first to comment on "Alec Ross Chooses Denizen’s Co-Owner, Julie Verratti, As Running Mate"