When I chose Downtown Silver Spring as the next place to tour for The MoCoShow I knew I had to ask Dan Reed, of Just Up The Pike (www.justupthepike.com), to show me around. He didn’t disappoint!

My tour started with a tasting at Moorenko’s, a place that I believe has the BEST ice cream in MoCo. I tried all 30 flavors they had on hand and in a couple weeks I’m going to give you an in-depth look at what Moorenko’s has to offer. 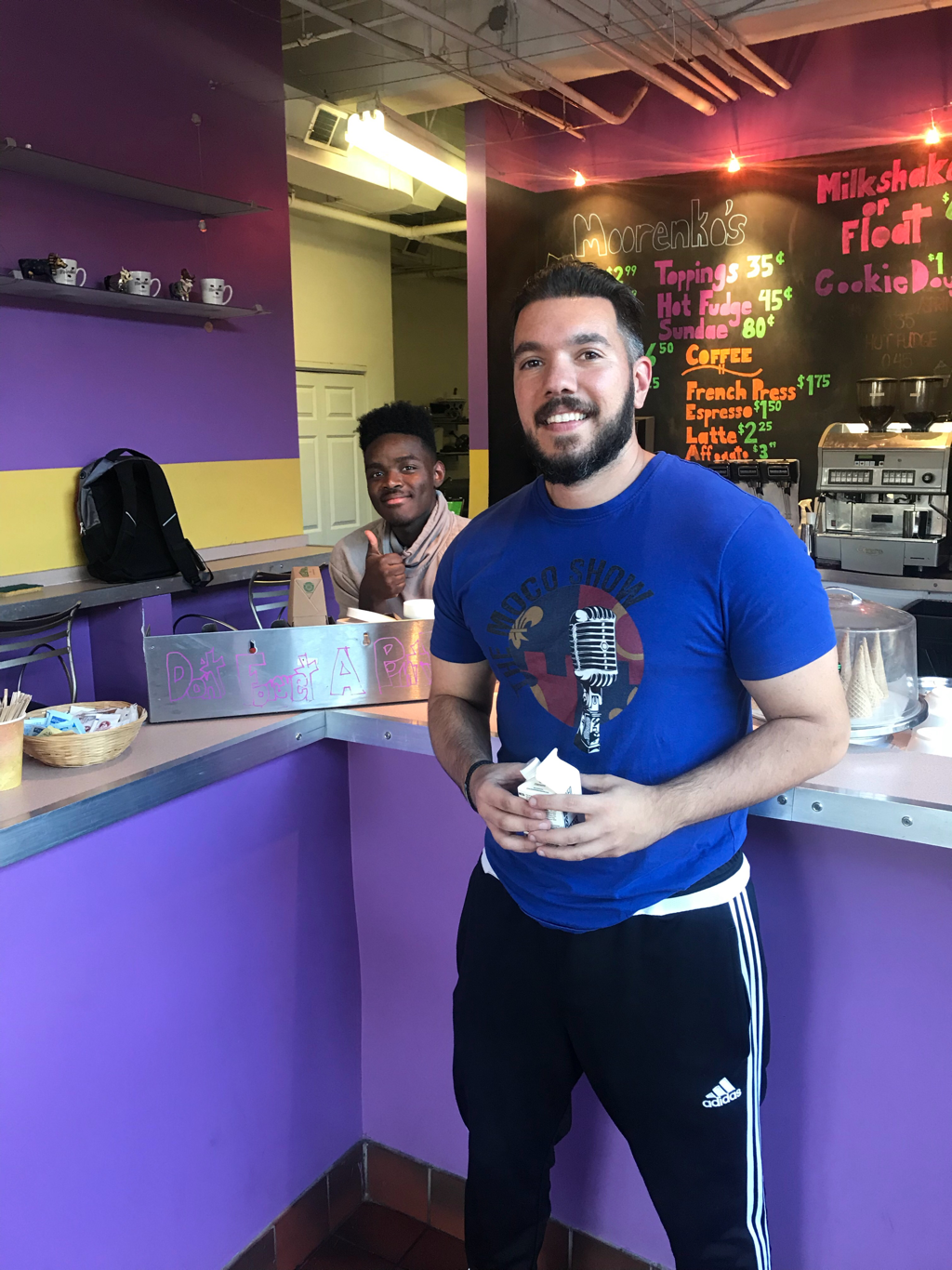 After meeting up with Dan, the first thing he took me to see was Acorn Park. It’s historically significant because it is thought to be the home of the mika-flecked spring that led Francis P. Blair to name his estate “Silver Spring.” The acorn shaped gazebo was built in 1842 by Benjamin C. King. Samuel Phillips Lee built the grotto at the site of the Spring, which is still there (the grotto), in 1894. 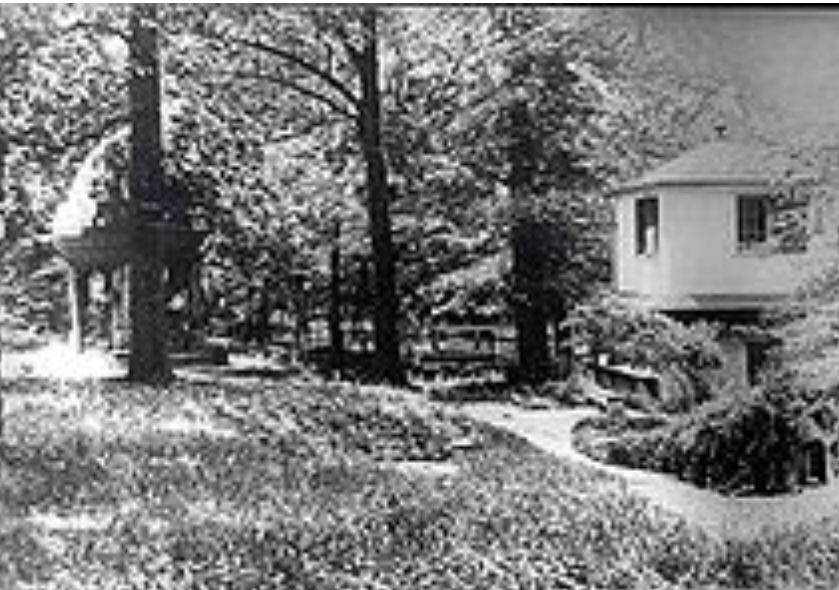 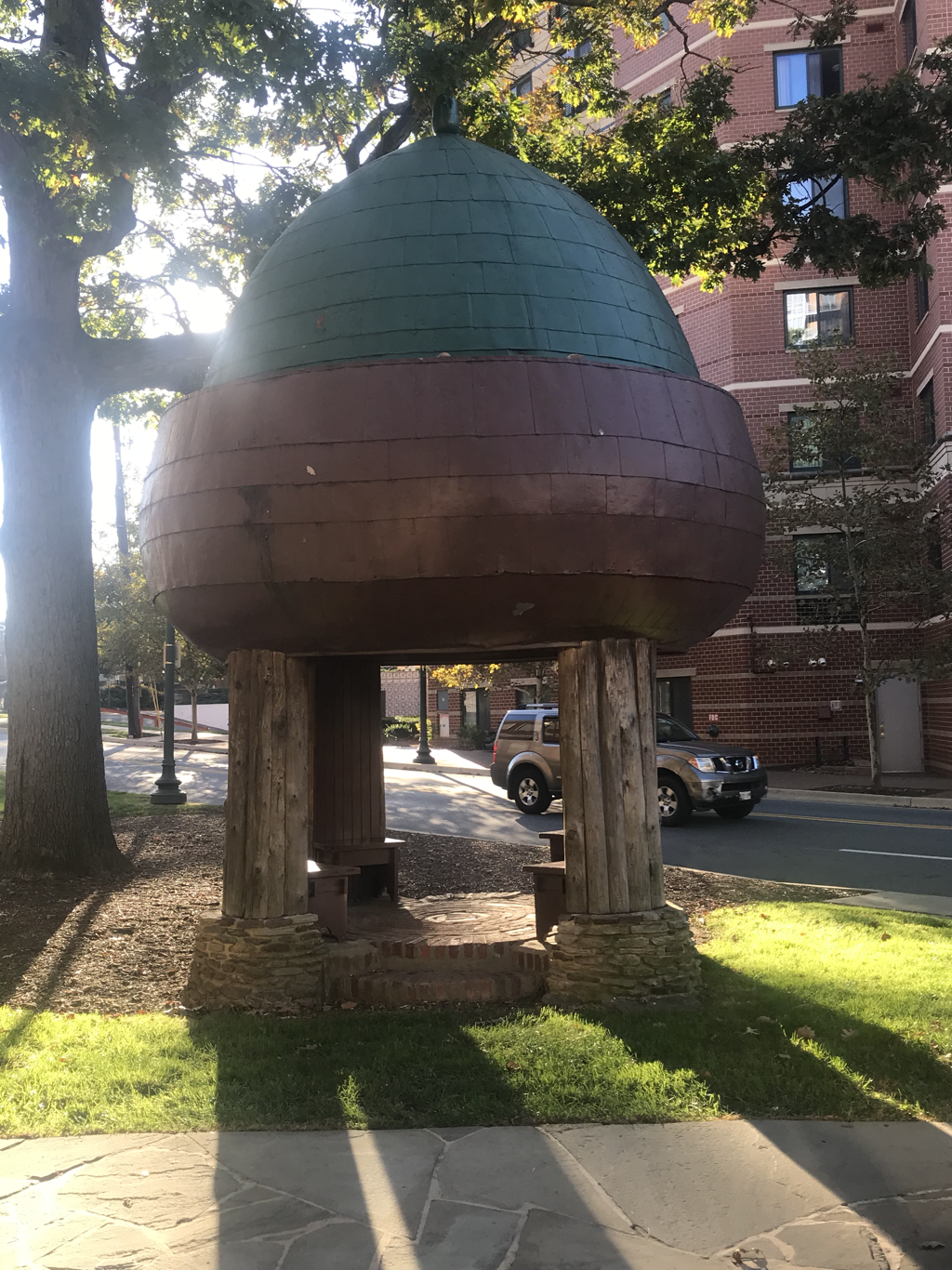 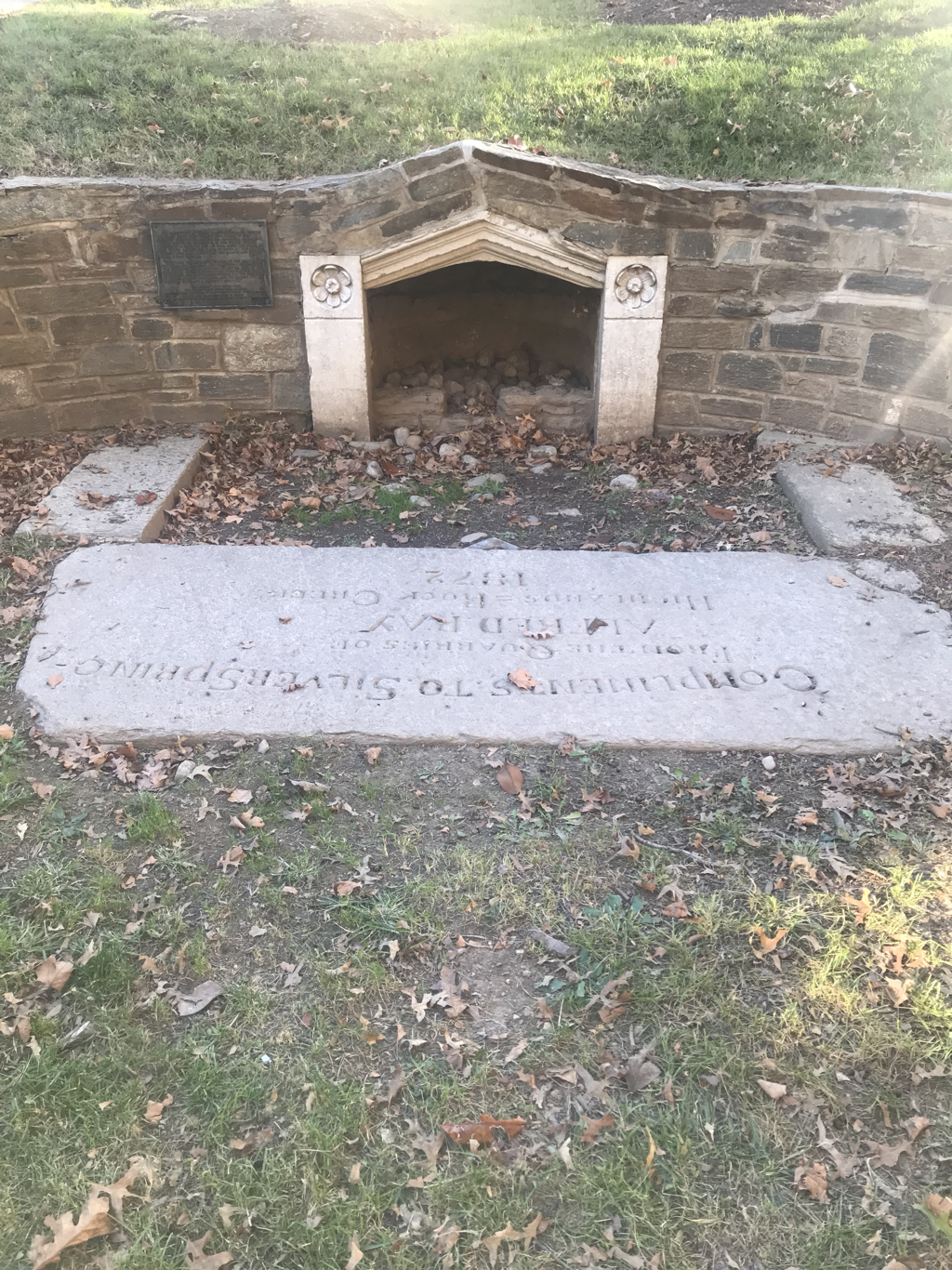 As we walked past NaiNai’s, a place I visited a couple day prior to this tour, we saw the old Canada Dry bottling plant. The plant was restored and added to Montgomery County’s Index of Historic Sites. There’s just something cool about the big Canada Dry towards the top of the building. 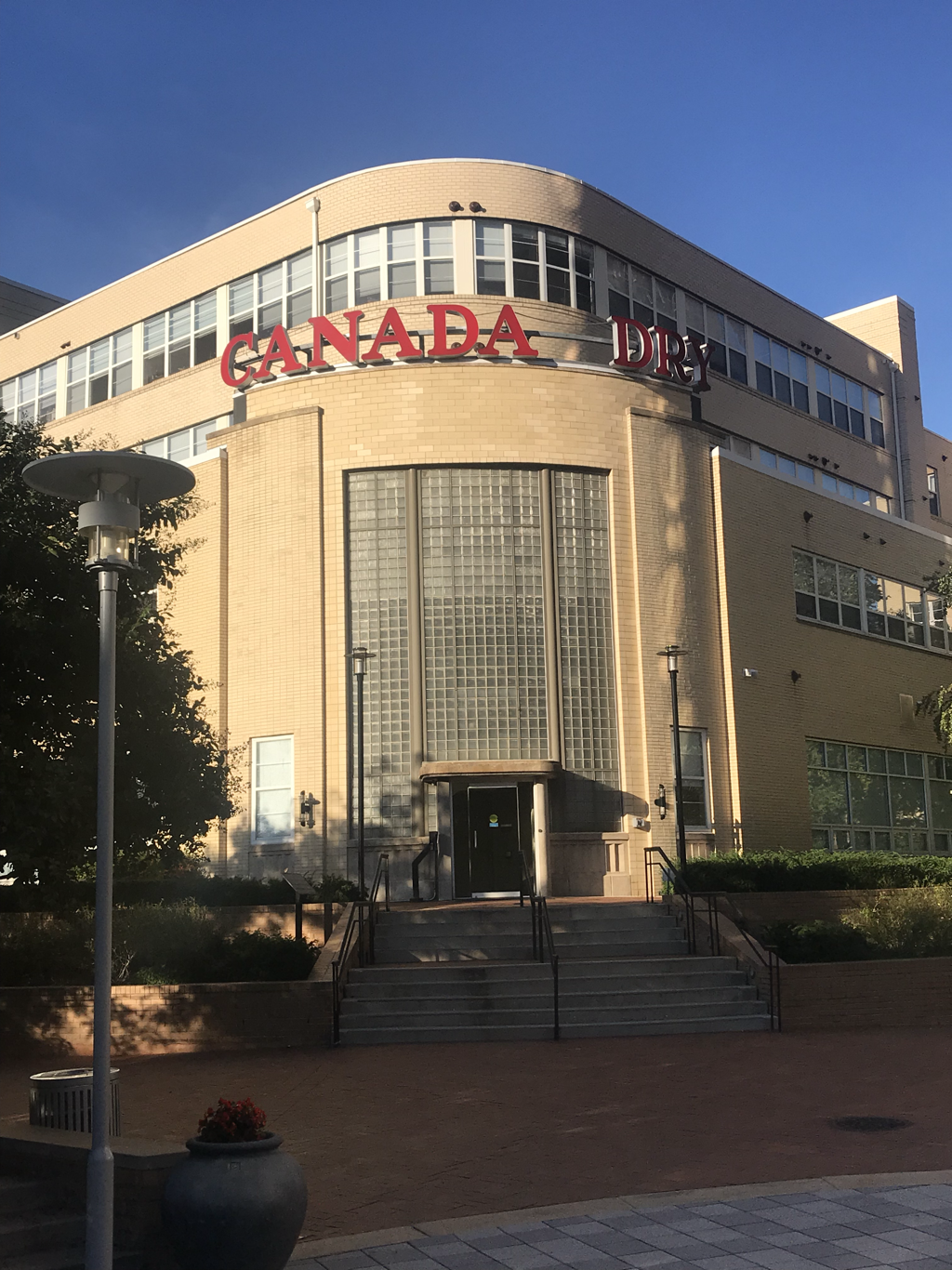 I visited NaiNai’s a few days before my tour because I saw an article that stated NaiNai’s had the second best baos in the DMV. I went and I wasn’t disappointed. My favorite baos were the Thou Shalt Not Bao (pork belly) and the Ni Hao Bao (braised duck). 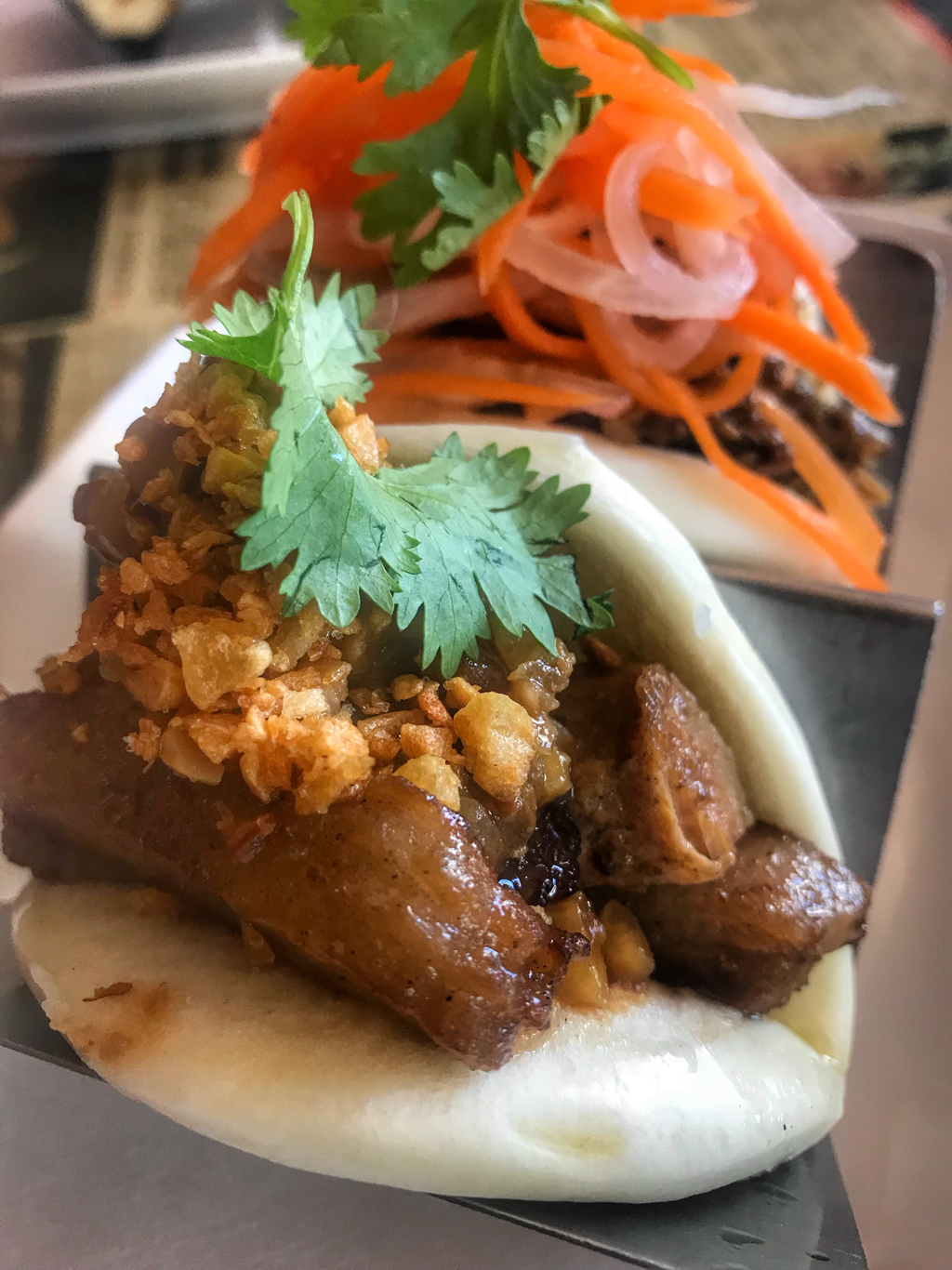 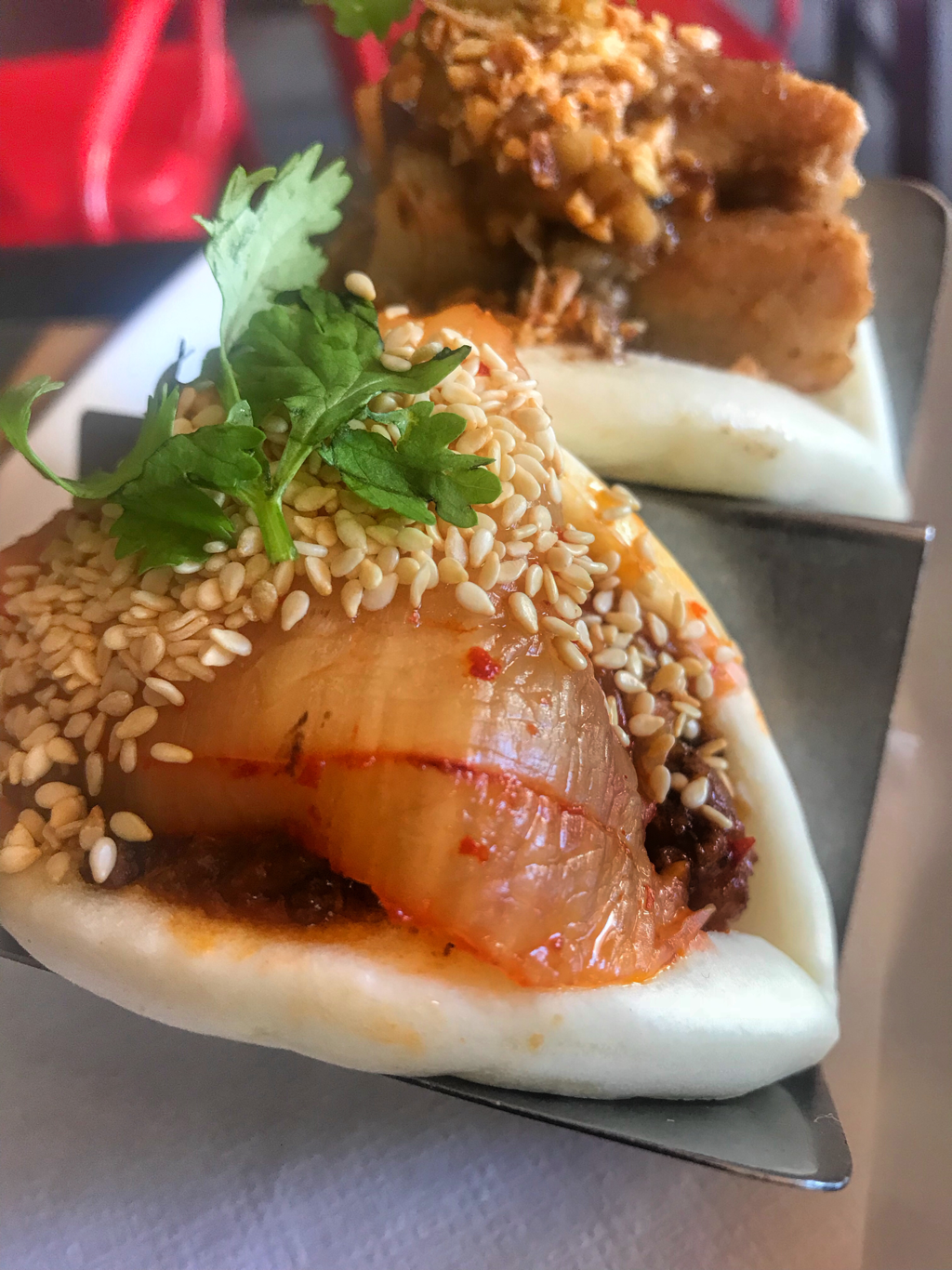 As we continued to walk, we passed Denizen’s. Denizen’s is a local brewery that I also visited a few days before this tour. When I went, it was a warm day and I got to enjoy two very different beers on their patio. The Gruit and the Big Red Norm. It was a good time and a fun place to hang out for a bit. 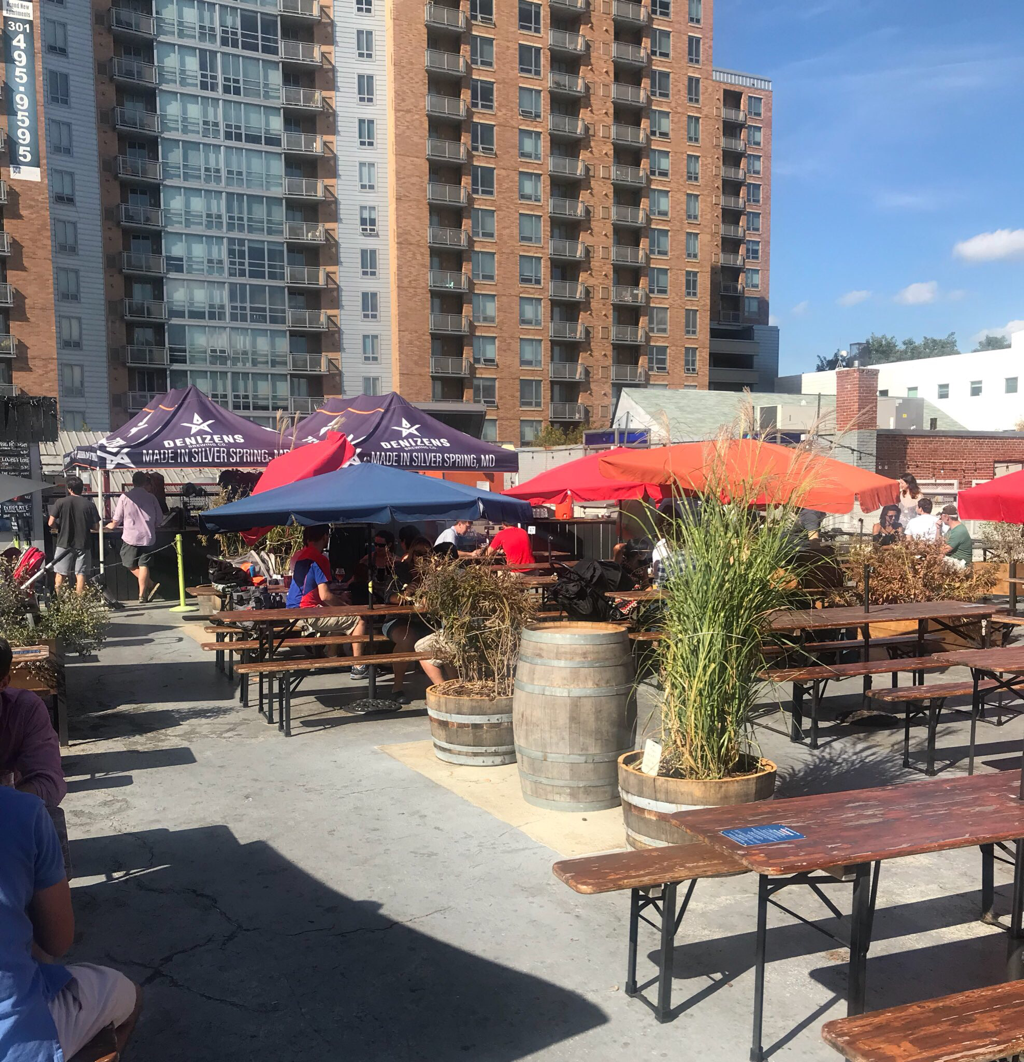 ”Mayor” Norman Lane was our next stop. Here’s who he is, courtesy of www.SilverSpringDowntown.com:
​The unofficial “Mayor” of Silver Spring was a homeless man who collected hand-outs of money and food. Norman Lane walked the streets of Silver Spring for almost 25 years, doing odd jobs around the neighborhoods and handing out flowers to women on the street picked out of the Bell Flowers dumpster. Norman Lane was a mainstay in the community, and his enjoyment of life has been immortalized in a bronze bust created by artist and friend, Fred Folsom. The plaque beneath Norman Lane’s likeness reads, “Remembering the Caring Kindhearted Forbearance of the People of Silver Spring.” This is a tribute, not only to this local legend, but to the citizens of Silver Spring like Robert Phillips, owner of the Silver Spring Auto Body Shop, who kept a cot and a hot plate in the garage as a permanent home for Lane.” 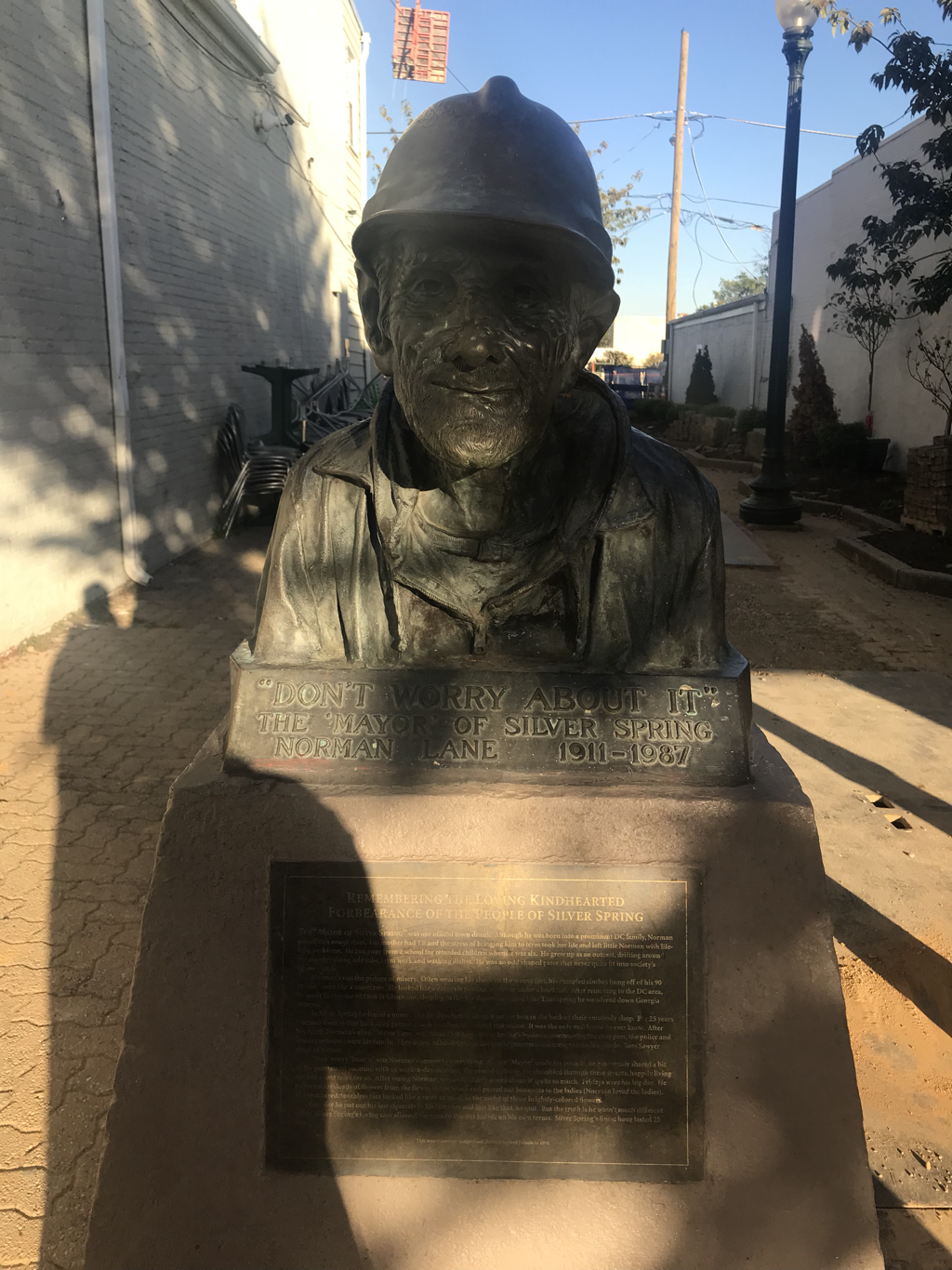 Dan’s plan was to try some sambusas at one of the many (and I do mean many) Ethiopian restaurants in DTSS, but the place we chose didn’t have any! We kept it moving and went straight to Urban Butcher. This is always one of the most recommended restaurants when dining in DTSS comes up. They let me into their meat locker prior to eating and I was able to take a 360 video of the options (available on our Twitter account @TheMoCoShow). I had the meatball appetizer and it was really good. Their lavender margaritas were awesome, and they even have a MoCo Mule on the menu. I have to come back for a full dinner. 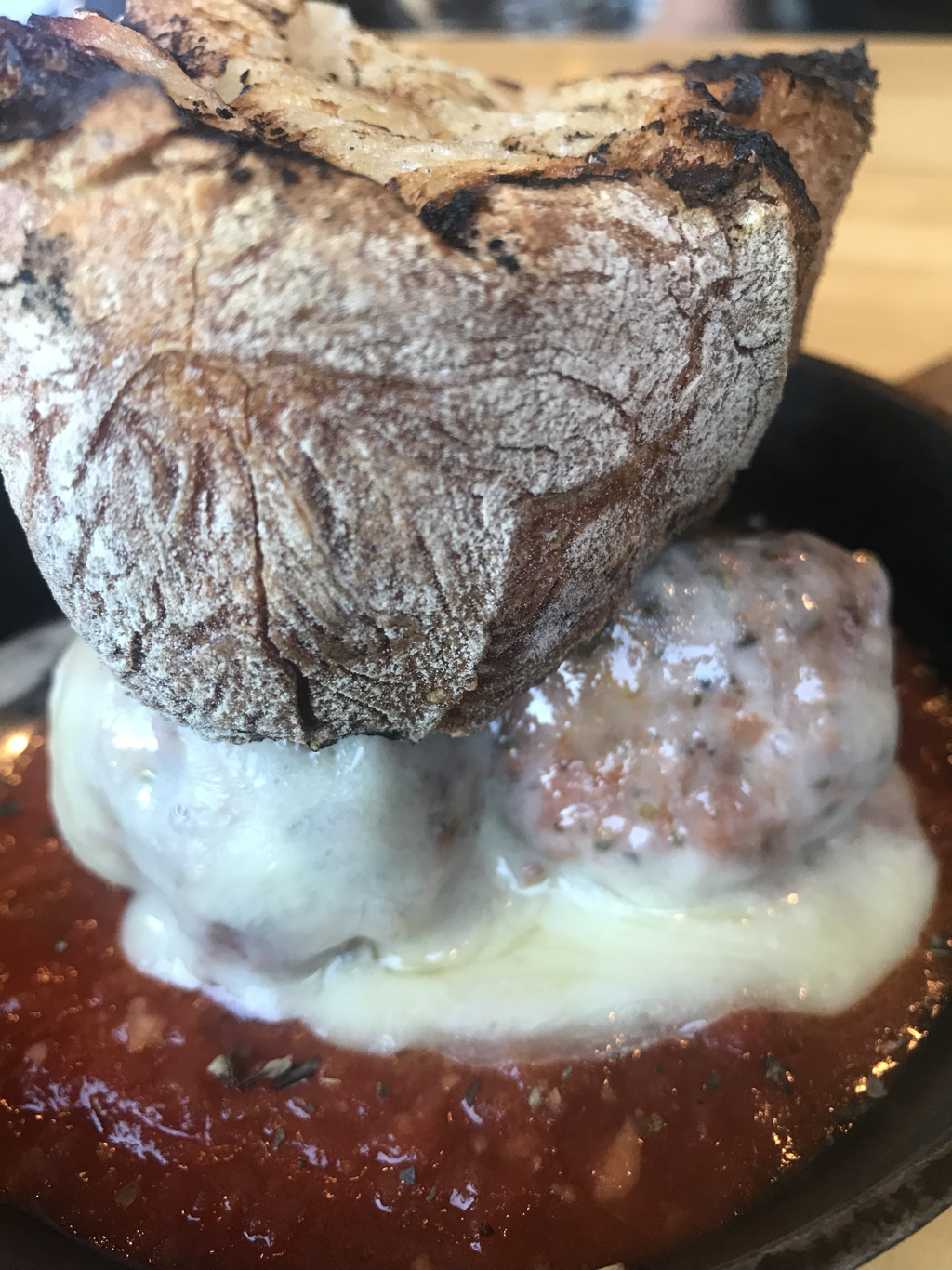 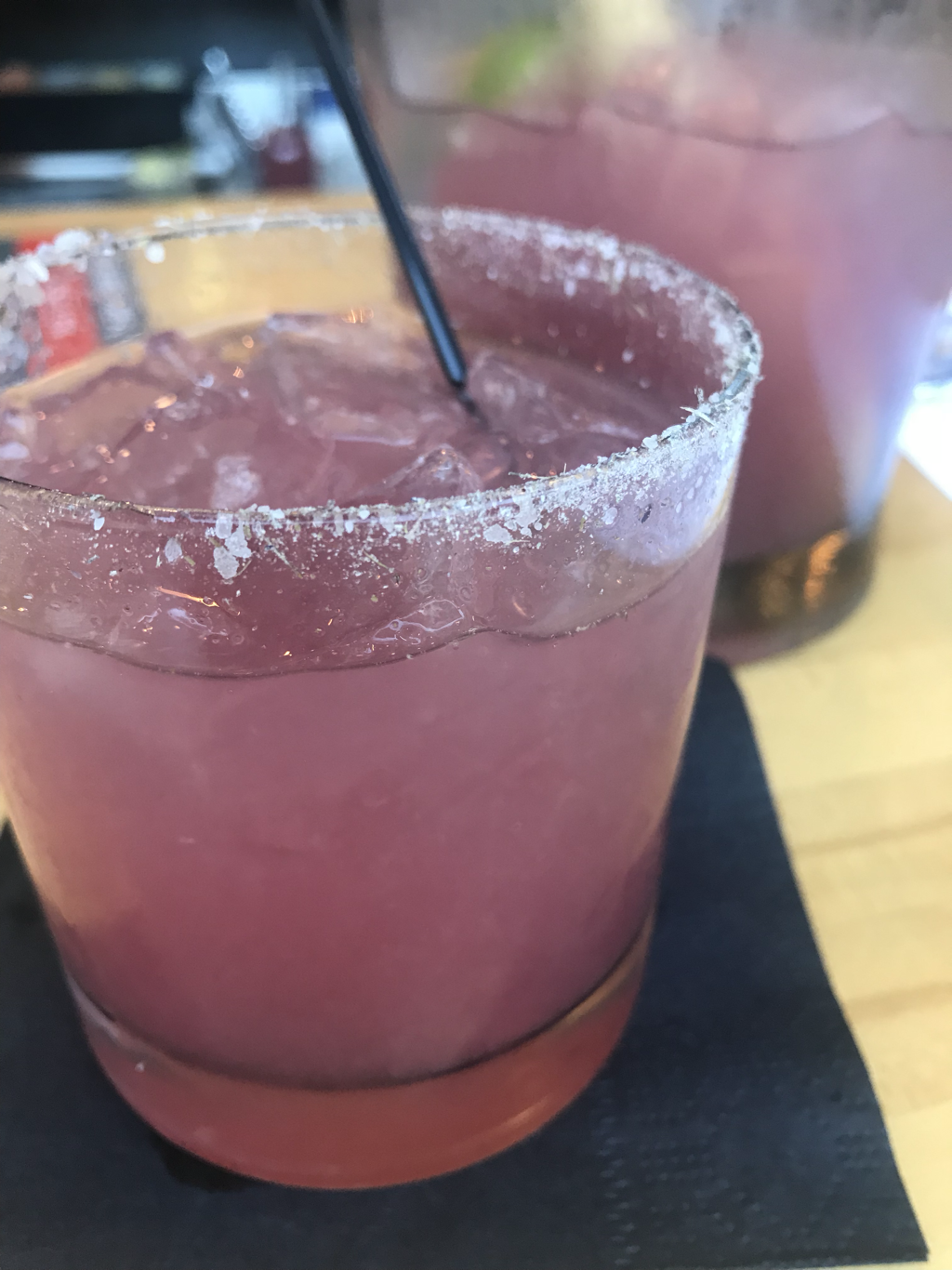 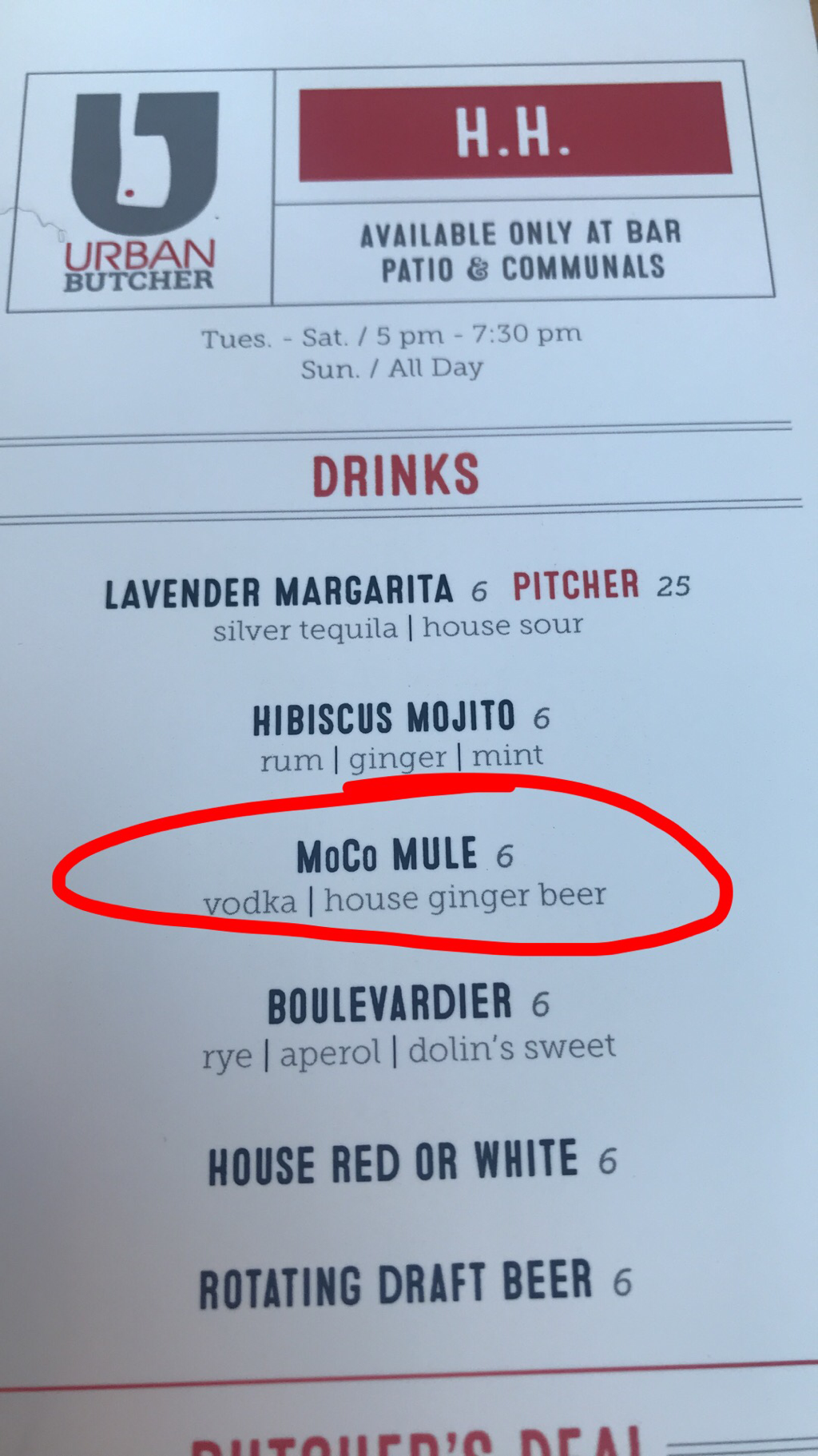 We walked past the new Silver Spring library. It’s a really cool looking building and the big opening at the base will allow for the Purple Line to run right through it! 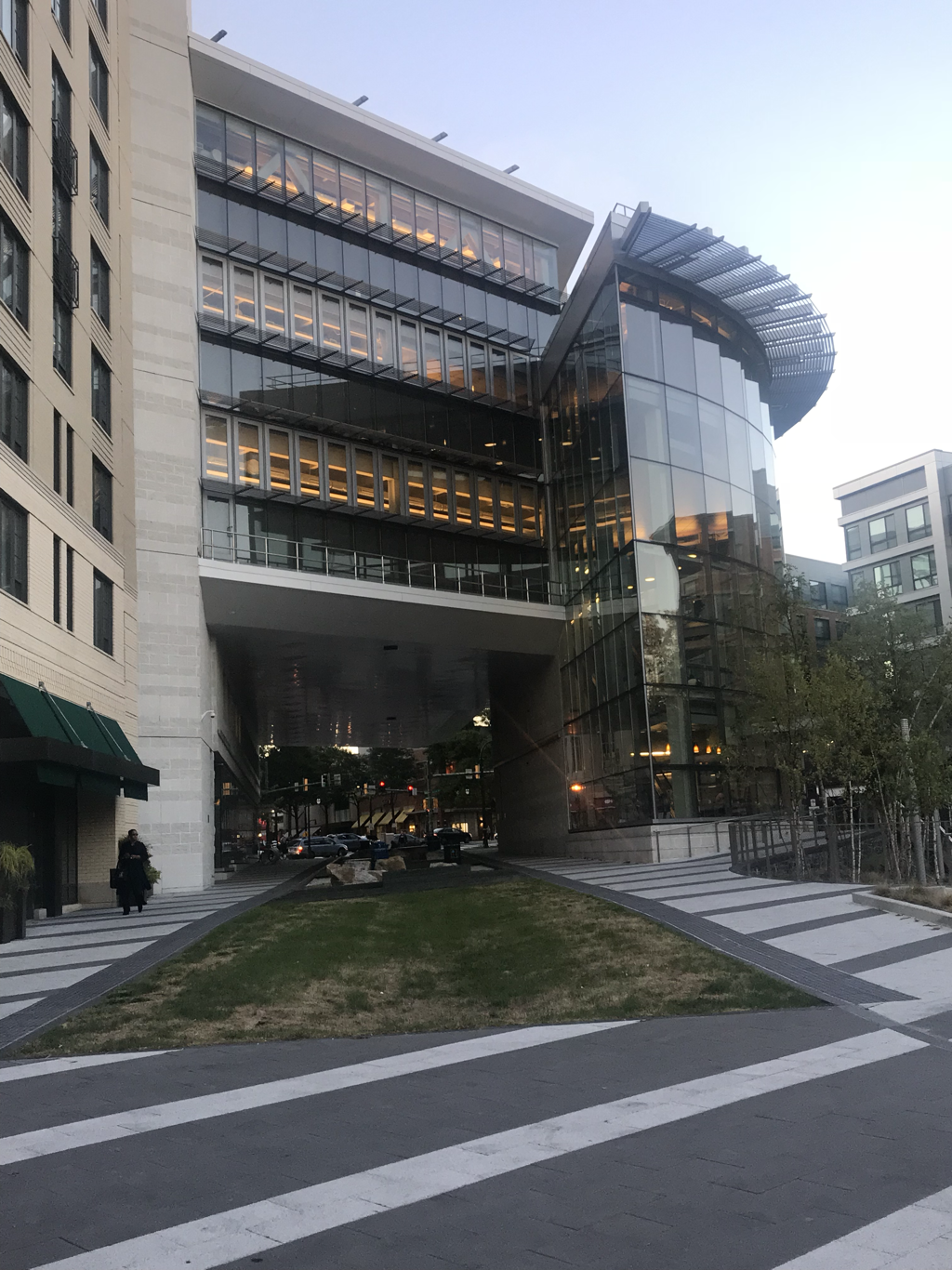 I caught a lot of flack for this on Twitter, but a lot seemed to love it. I referred to the Ellsworth Place part of DTSS as the “Times Square of MoCo.” In terms of lights, it’s the closest thing we’ve got. It gives Silver Spring a big city feel. I was also able to get some of the skyline from the top floor of a nearby garage. When we reached the top there were four security guards that approached us and told us we needed to leave the garage since we don’t have a car parked. I got a quick picture and headed out 🤷🏻‍♂️ 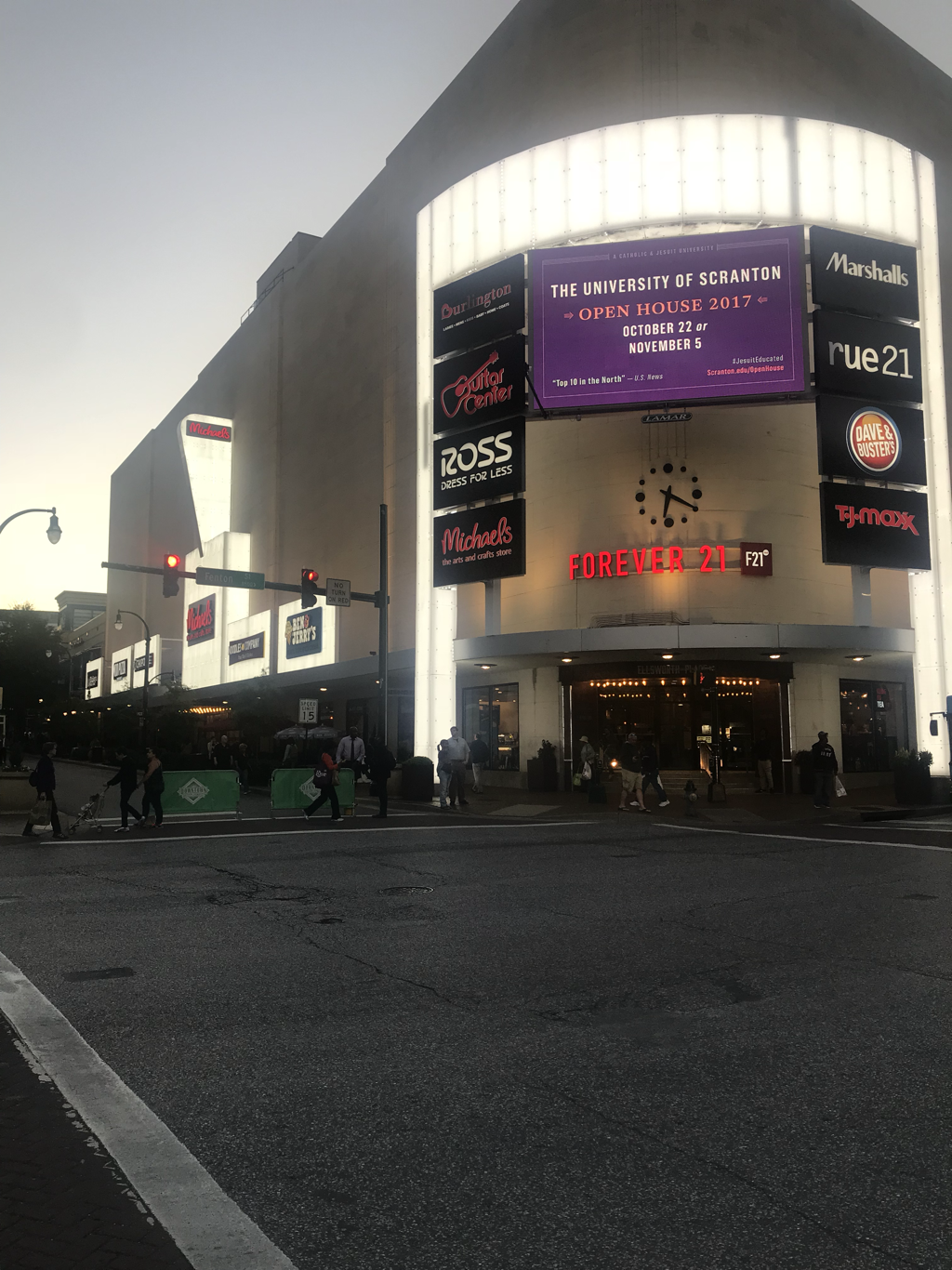 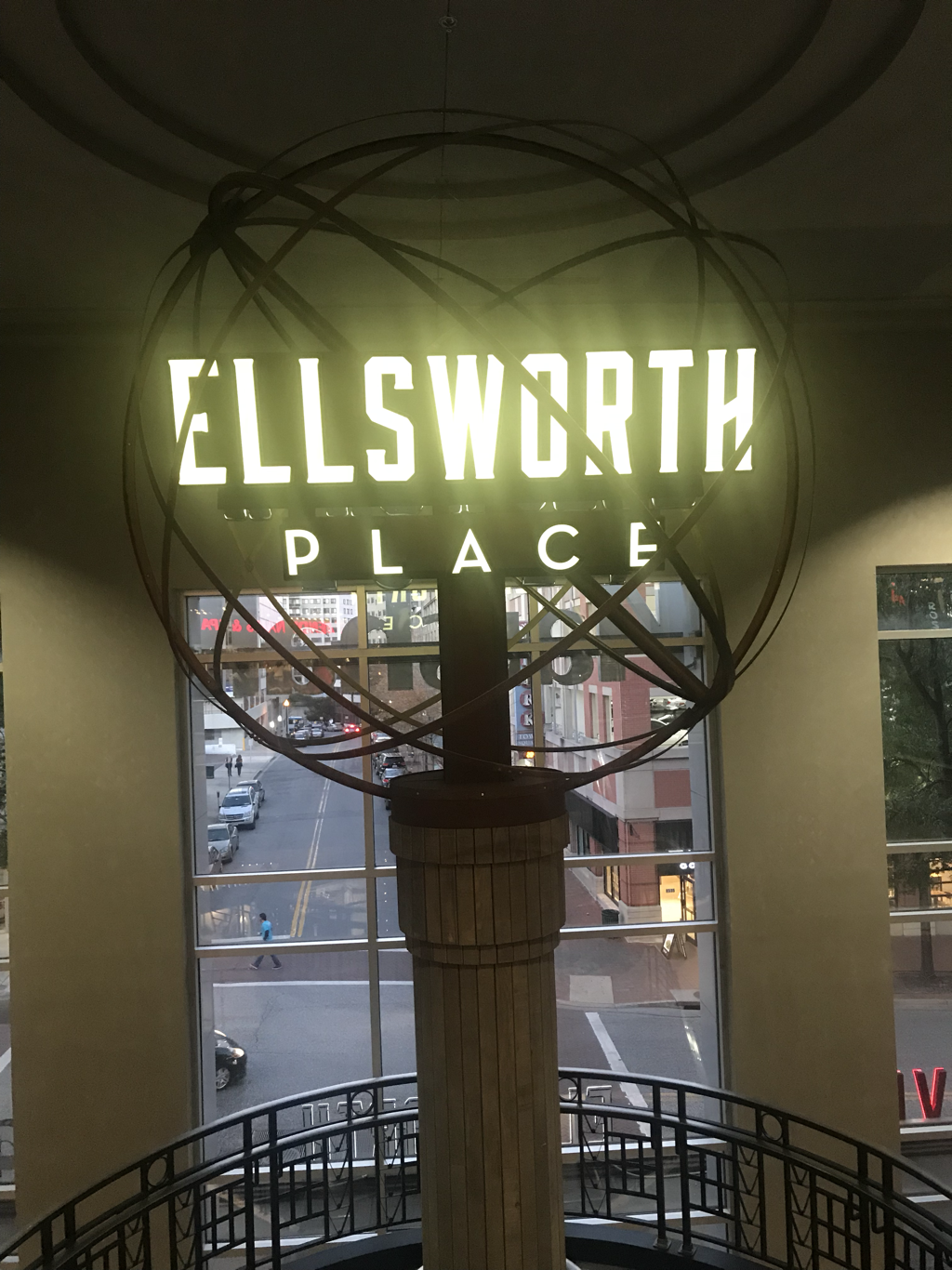 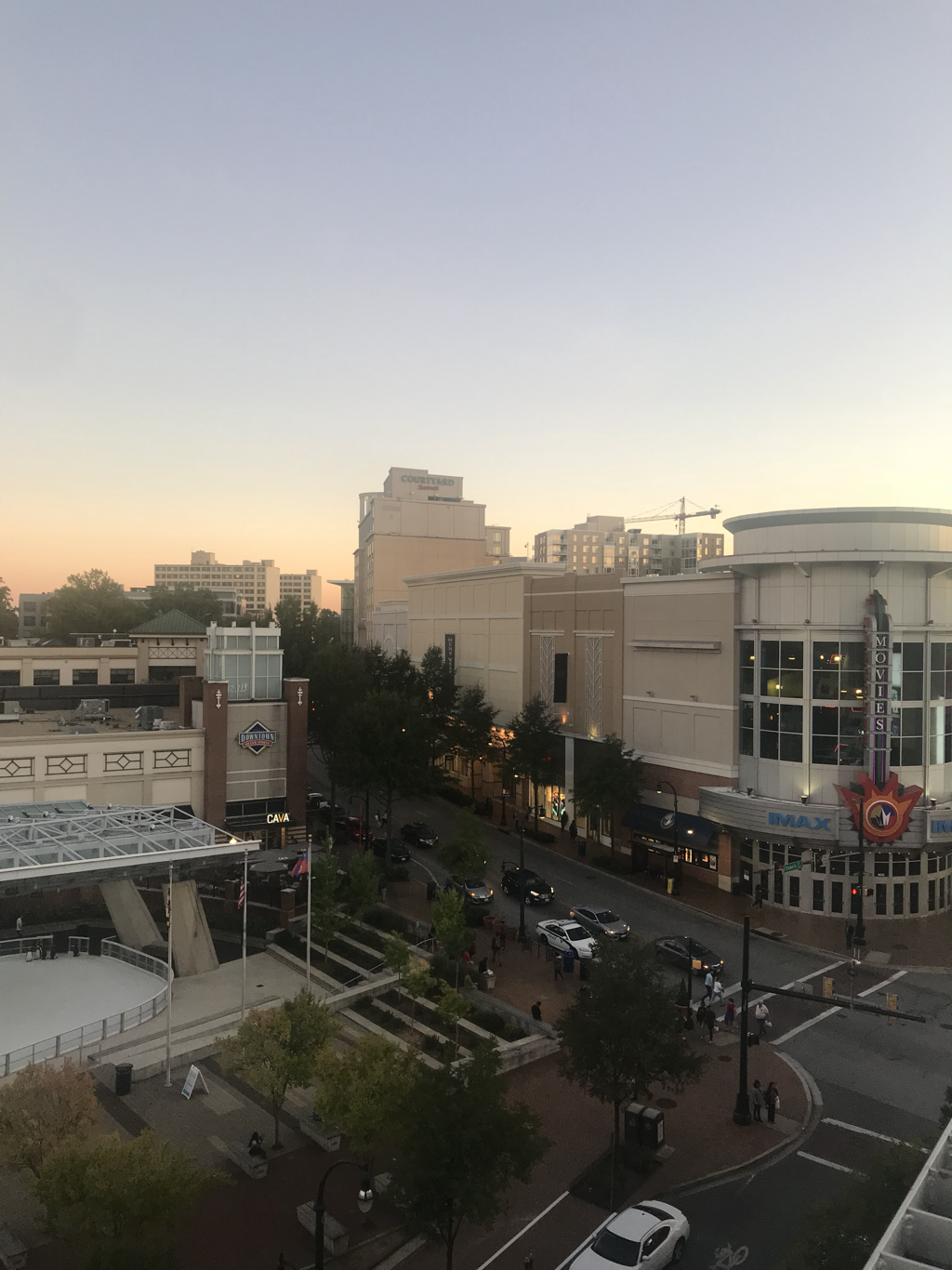 Let me throw in a rumor while I have your attention. I’ve been told that the corner of Wayne and Fenton might soon become the home of a brand new Ted’s Bulletin. Take that with a grain of salt though. Here’s where it would be if it came. 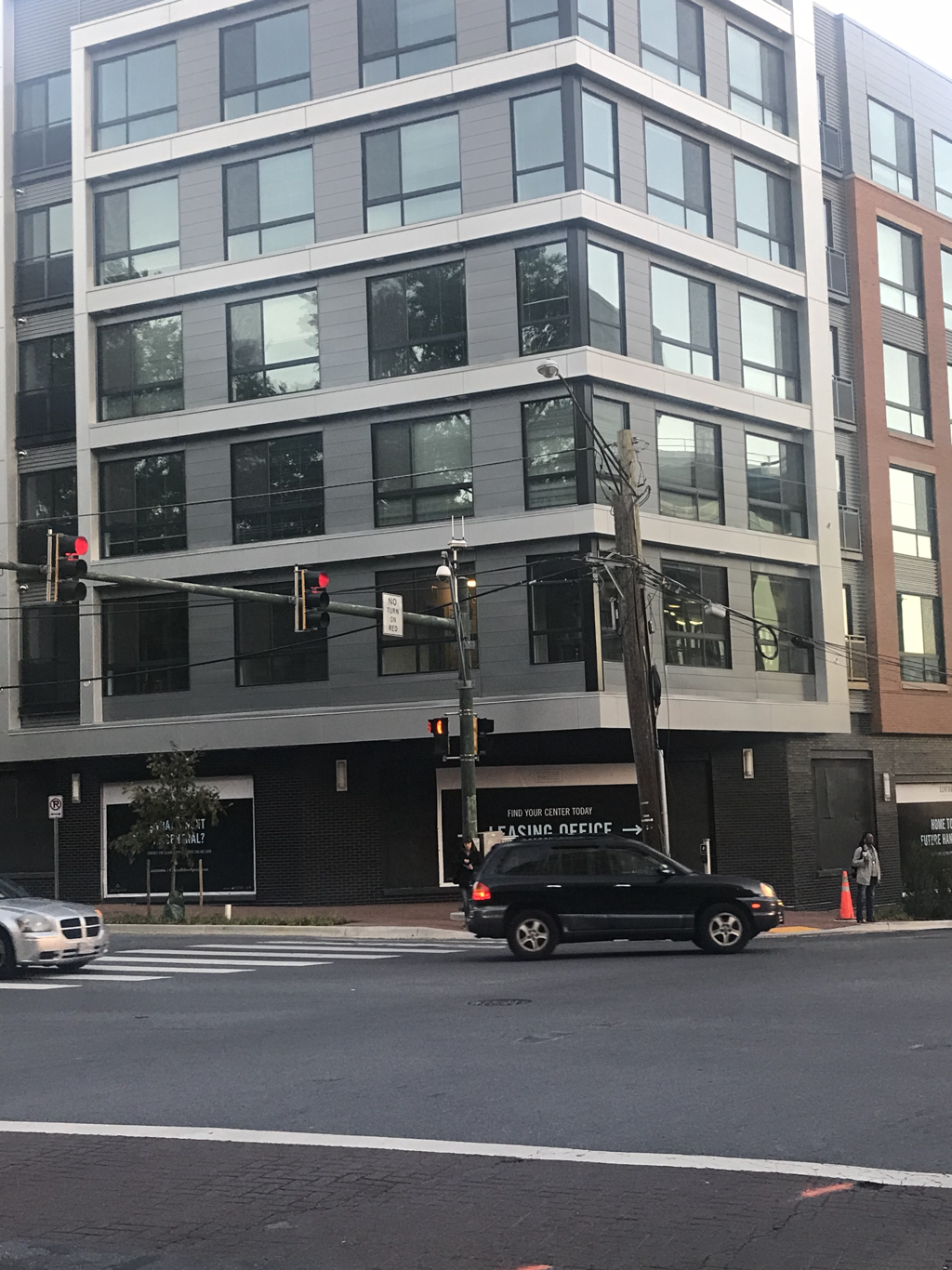 As we headed towards our next spot for food and drink, we walked past two pretty important DTSS locations; The Fillmore and Silver Theater. The Fillmore is one of the most popular music venues in the area and offers big name artists and national acts. Third Eye Blind will actually be there tonight…they’re a personal favorite. AFI Silver Theater has been around for nearly 80 years. A restoration project allowed it to re-open in 2003. 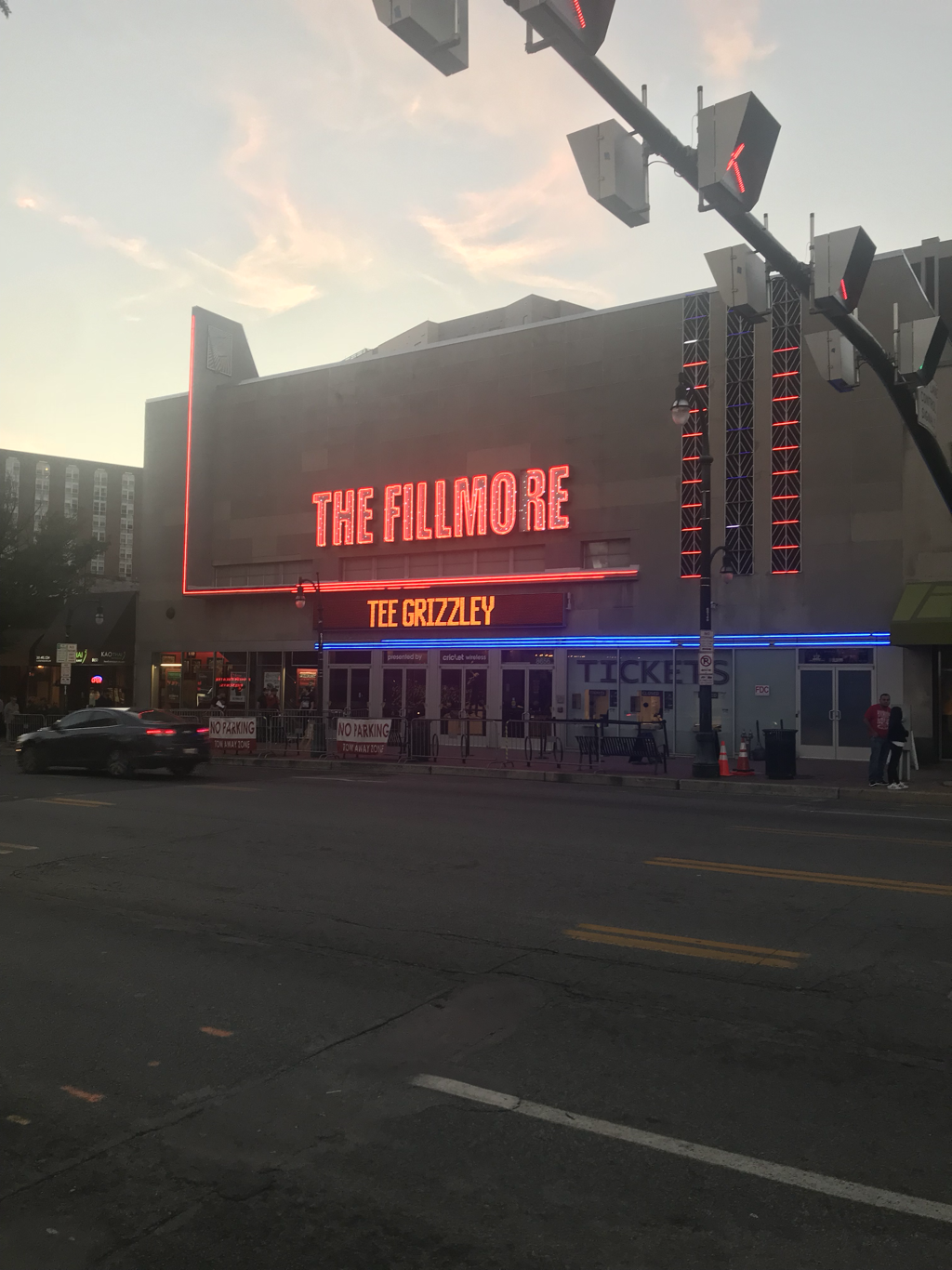 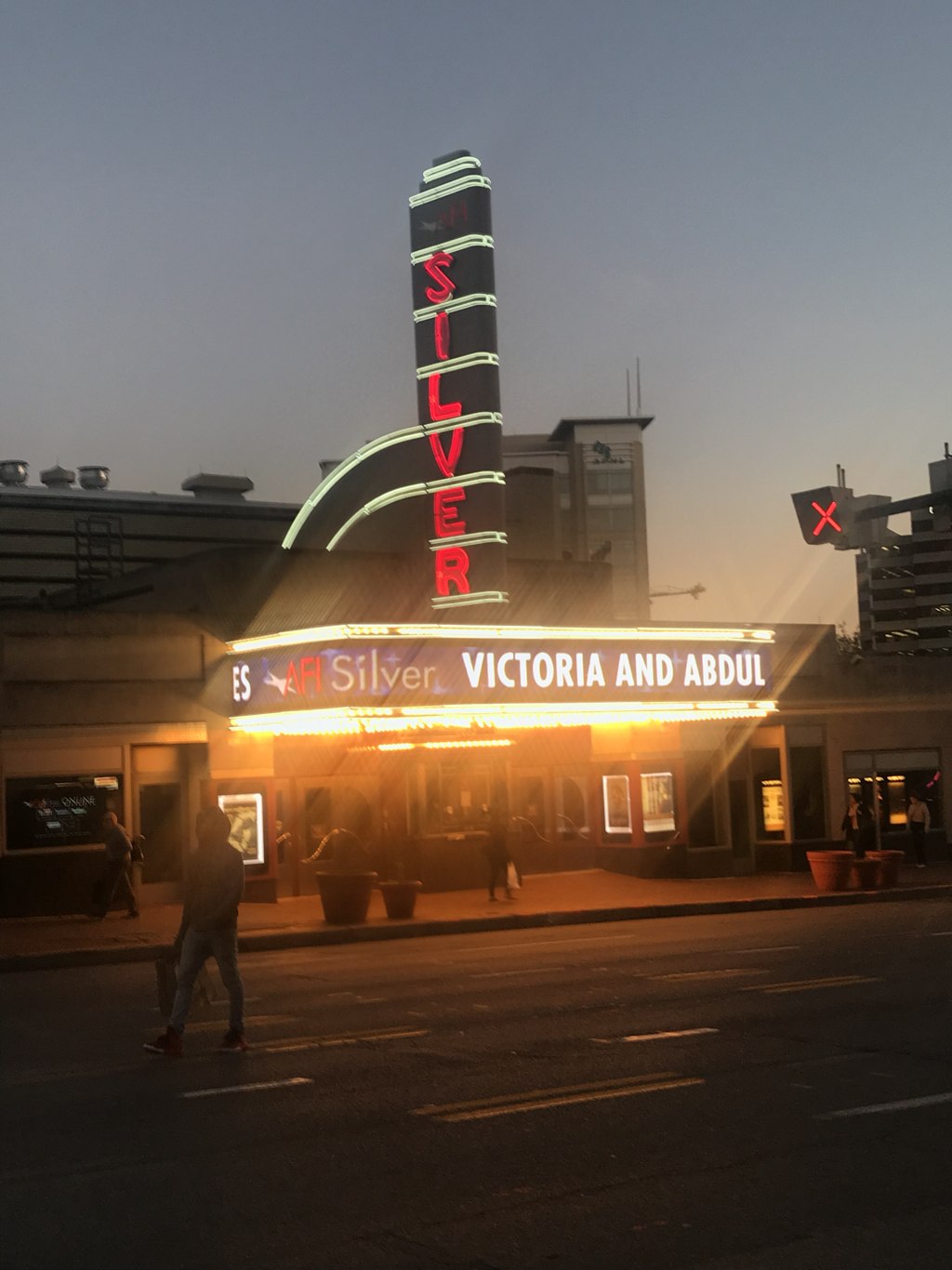 It was once again time to fill up our bellies. The next stop was La Malinche, a Spanish and Mexican tapas spot. Though I didn’t expect it, I think I may have liked this food the most. The papas rellenas and croqueta de pollo are pictured and both taste phenomenal. 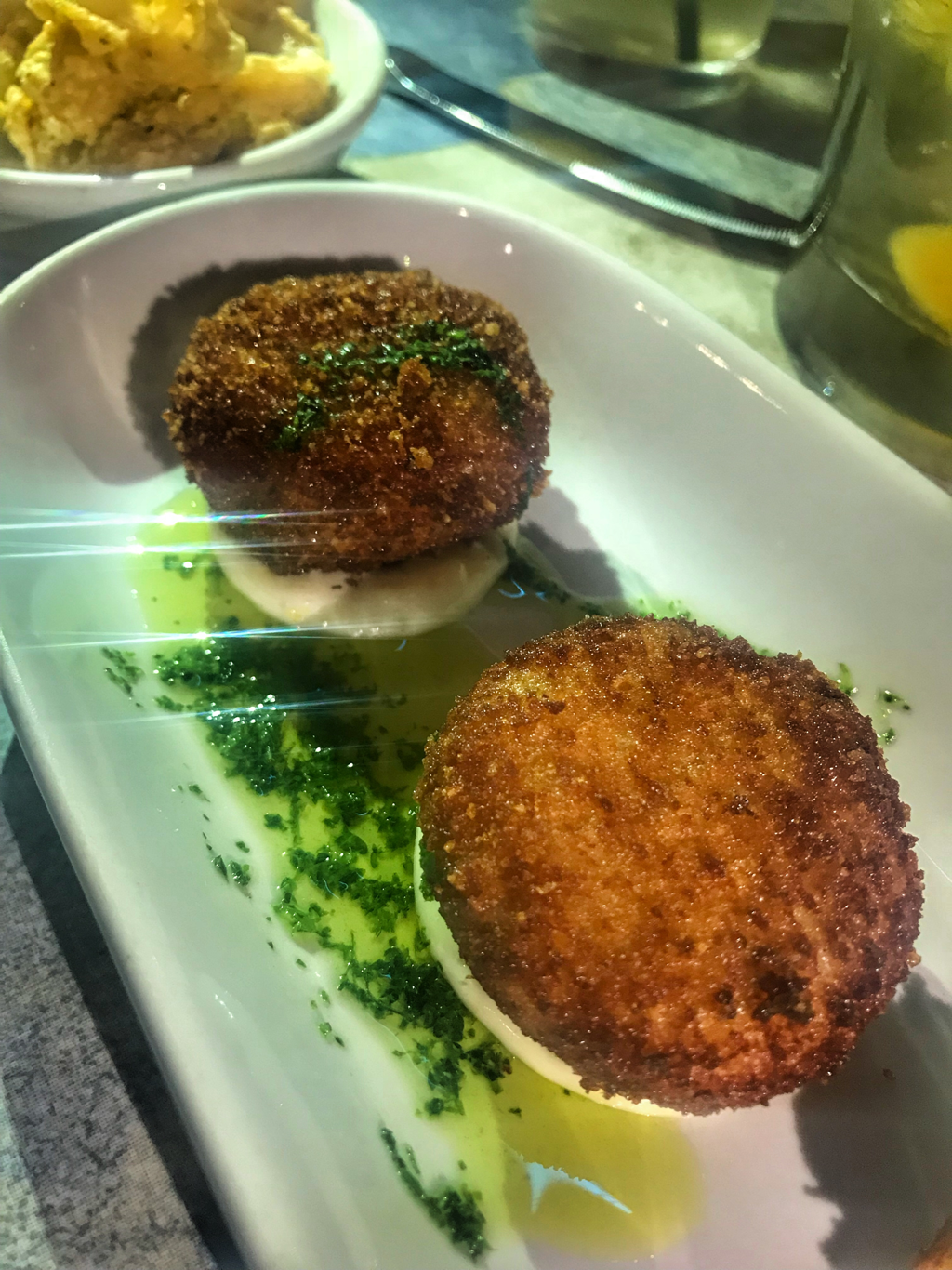 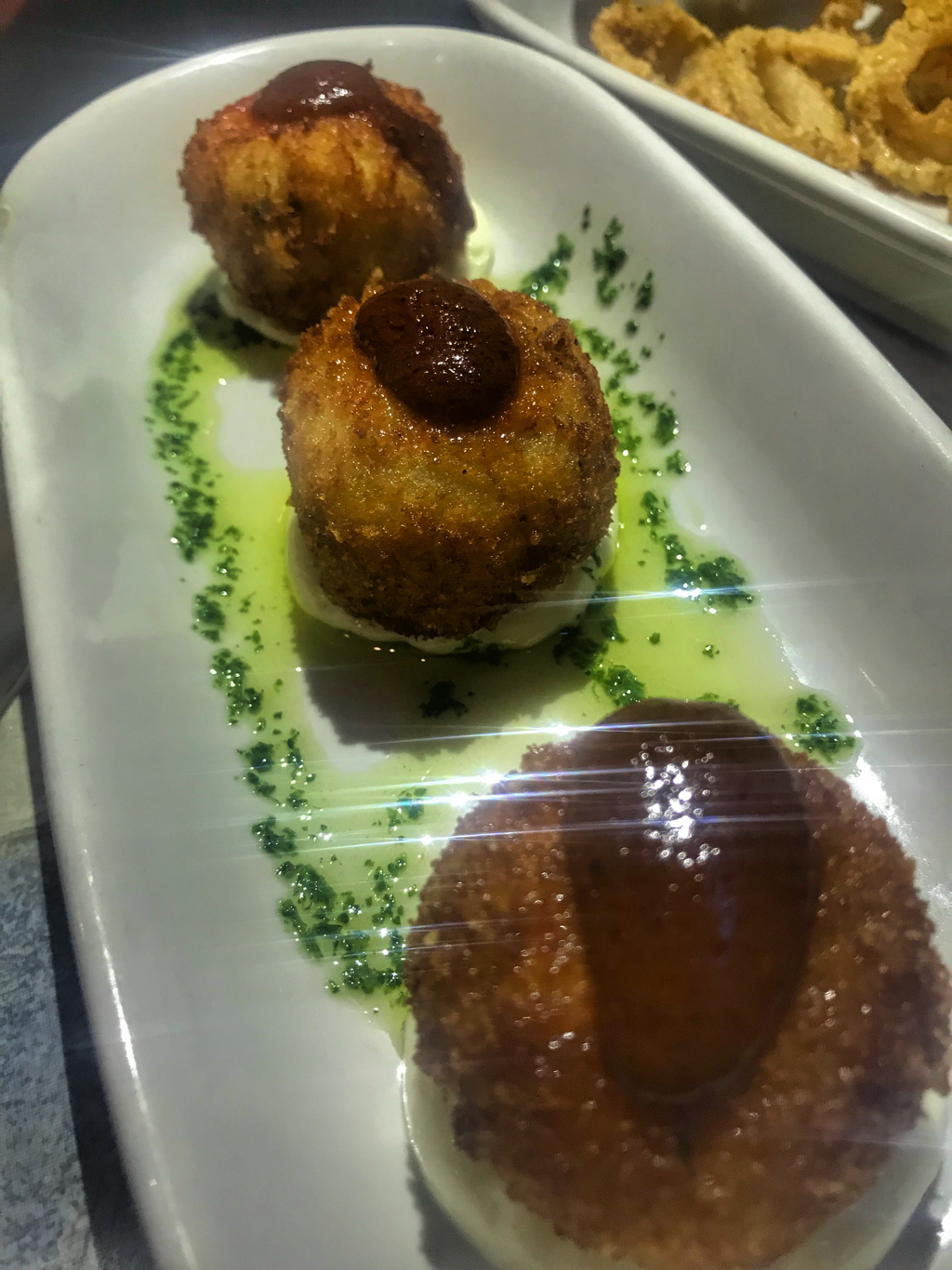 DTSS is Home to 4 record shops. I’m not sure there are even 4 record shops in the rest of MoCo combined. We stopped in The Record Exchange. The employees were really cool and it was a fun place to look around. 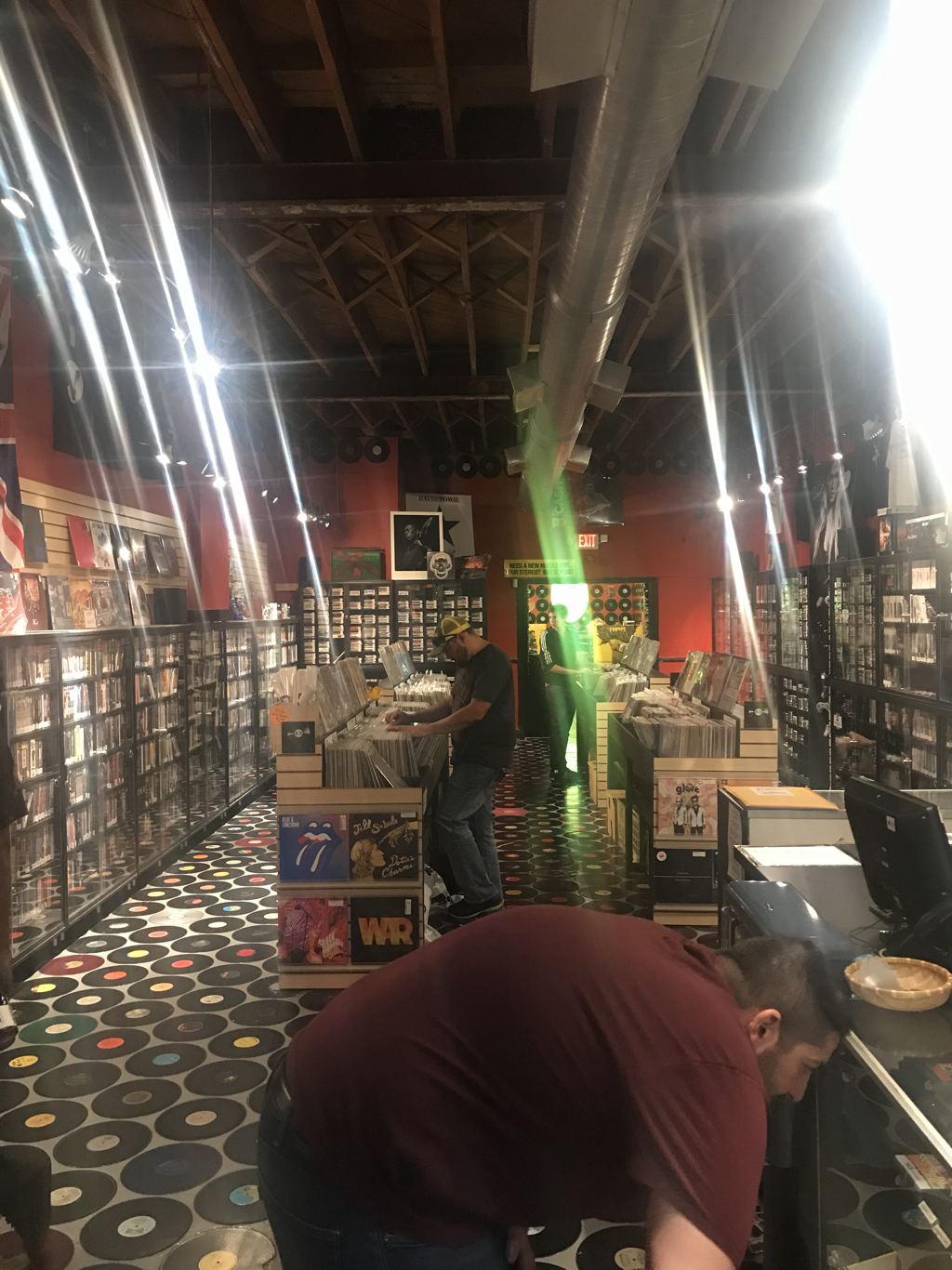 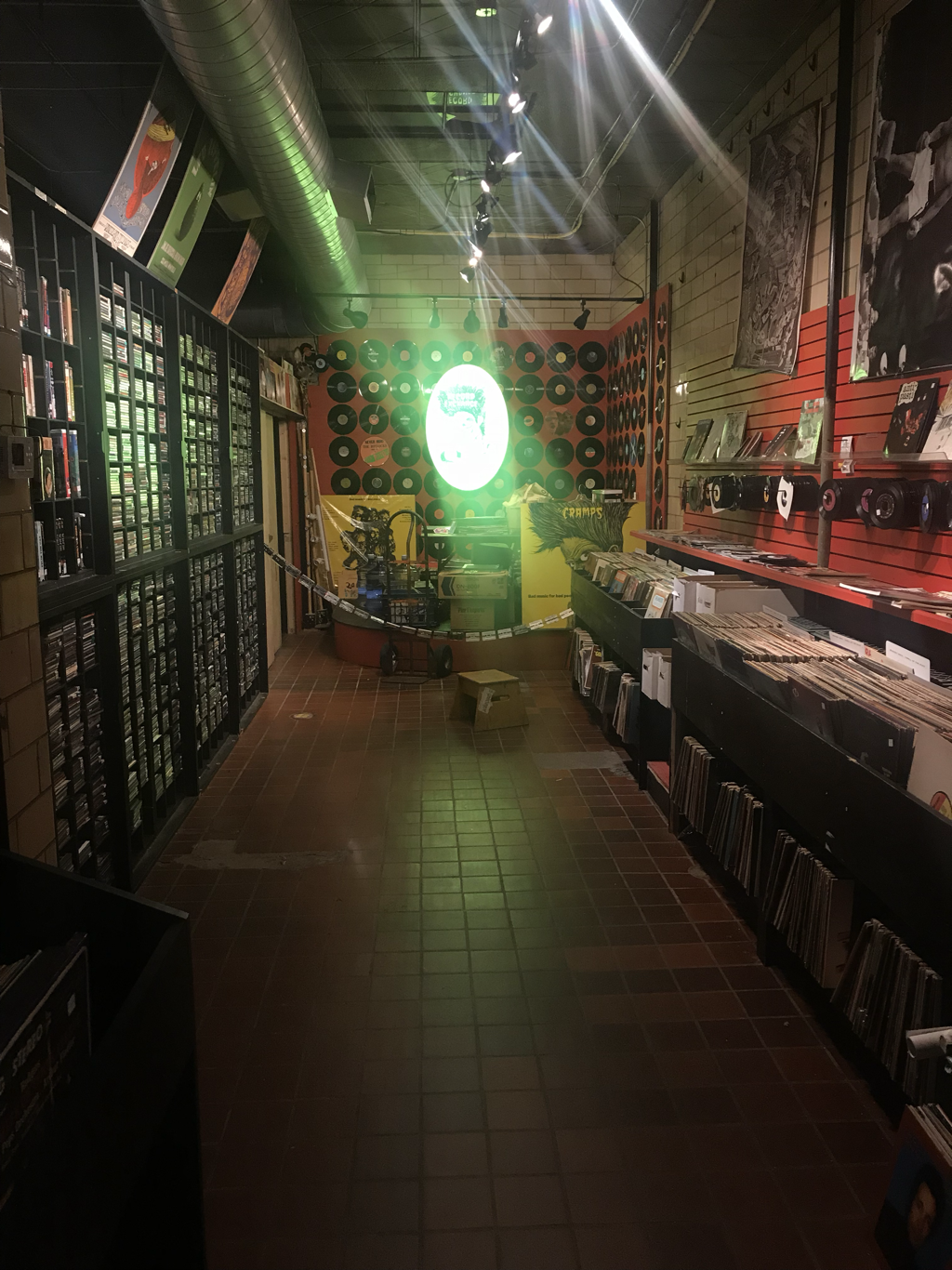 Arepas Pues was described to me as a hidden gem. This was my first time having arepas and I really enjoyed them. I was pretty full so I was barely even able to finish one. Very filling and not expensive at all…tasty too! 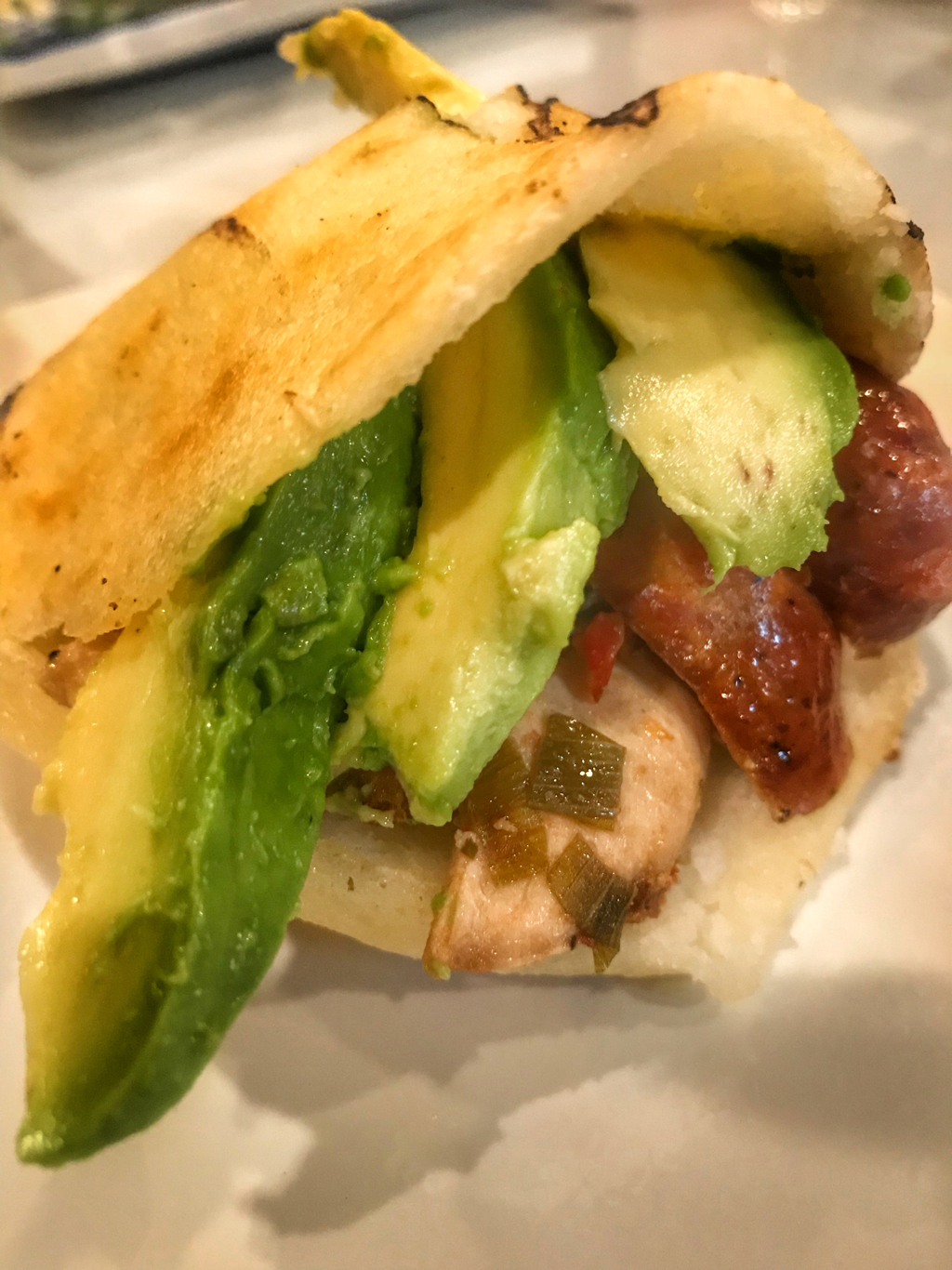 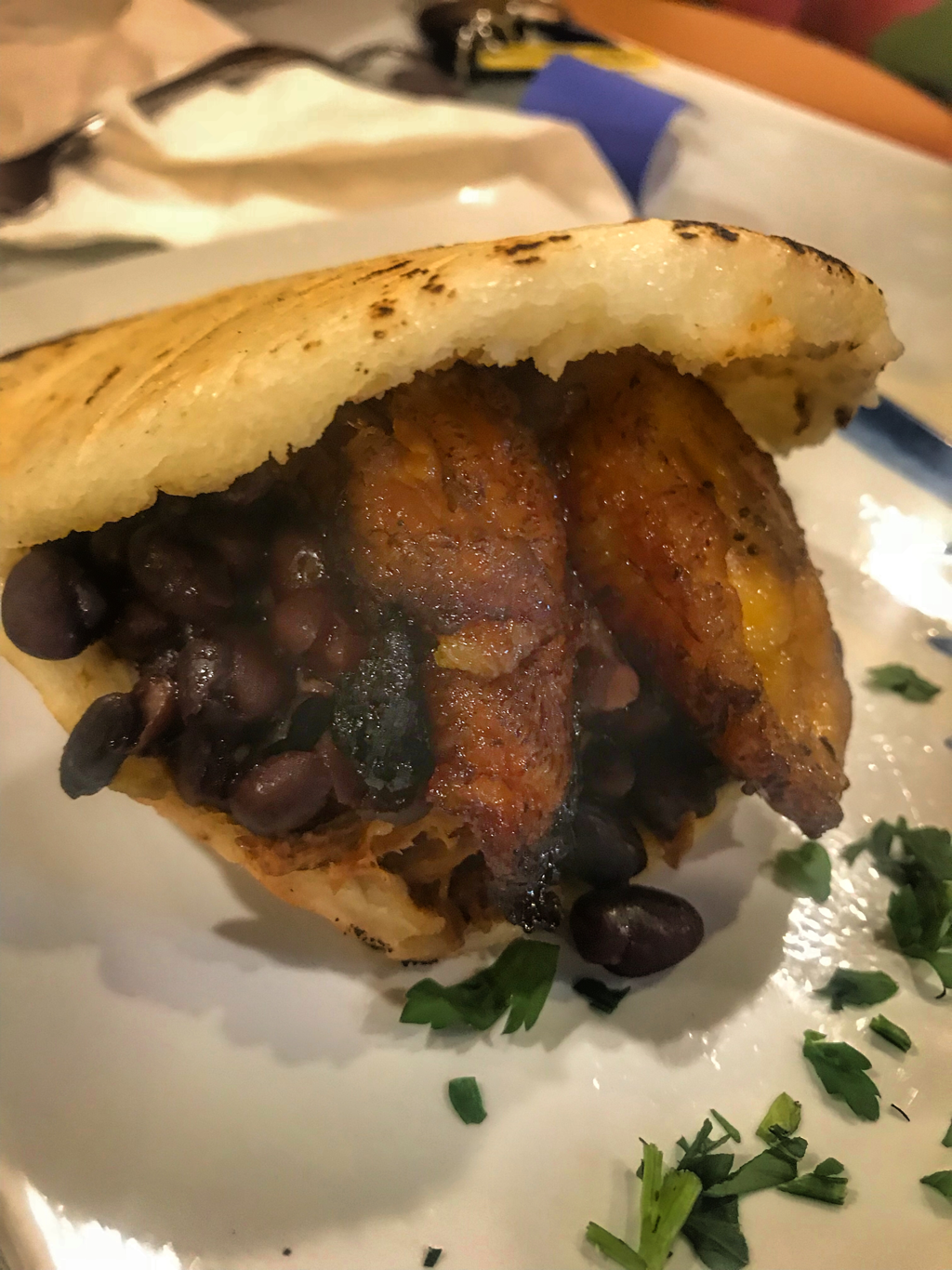 The last stop of the evening was Lina’s Diner & Bar. Located where Piratz Tavern used to be (and where Quarry House moves to temporarily), this French spot has a great vibe. I loved everything about the patio in the back and they pork belly poutine was legit. 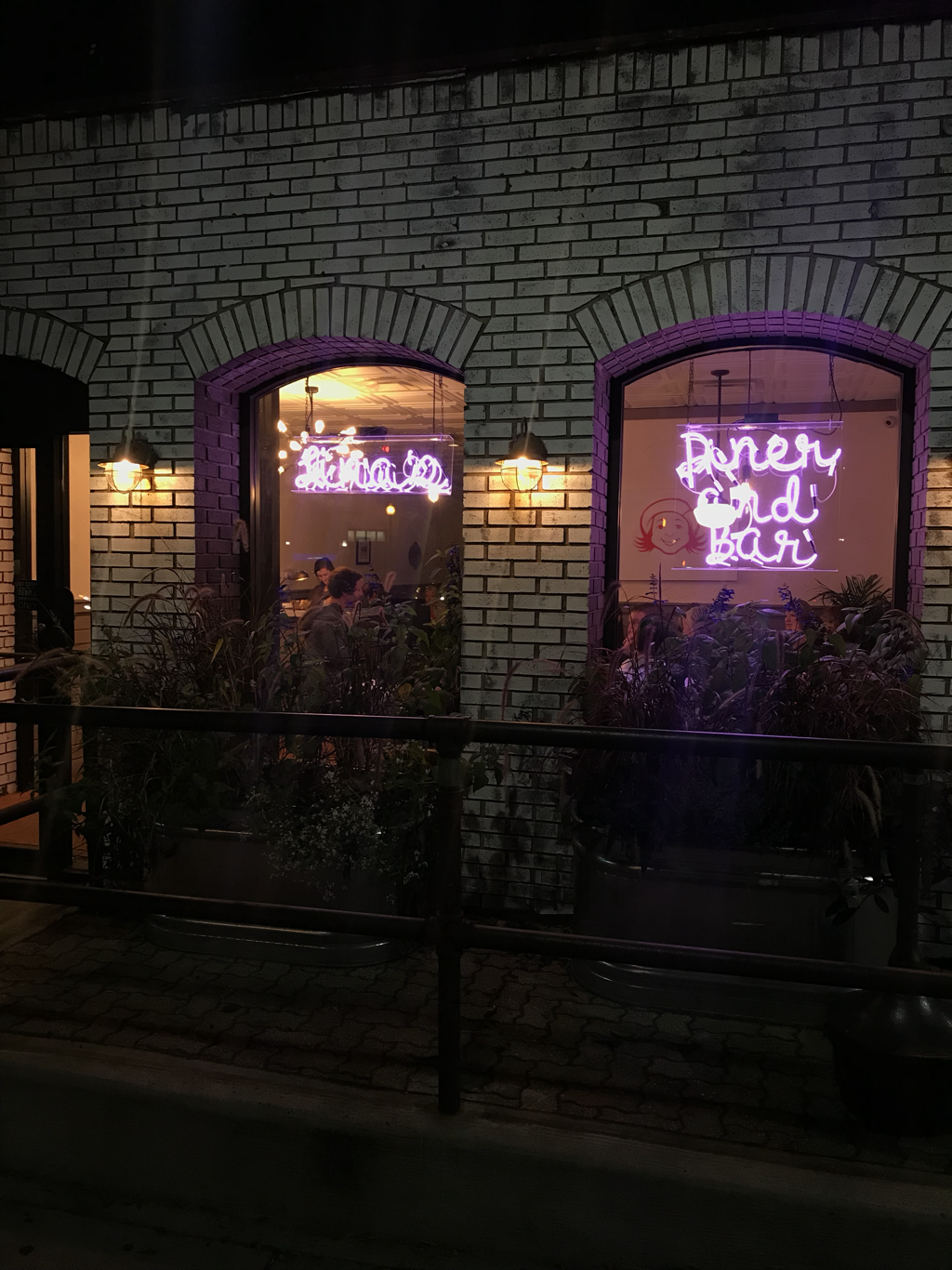 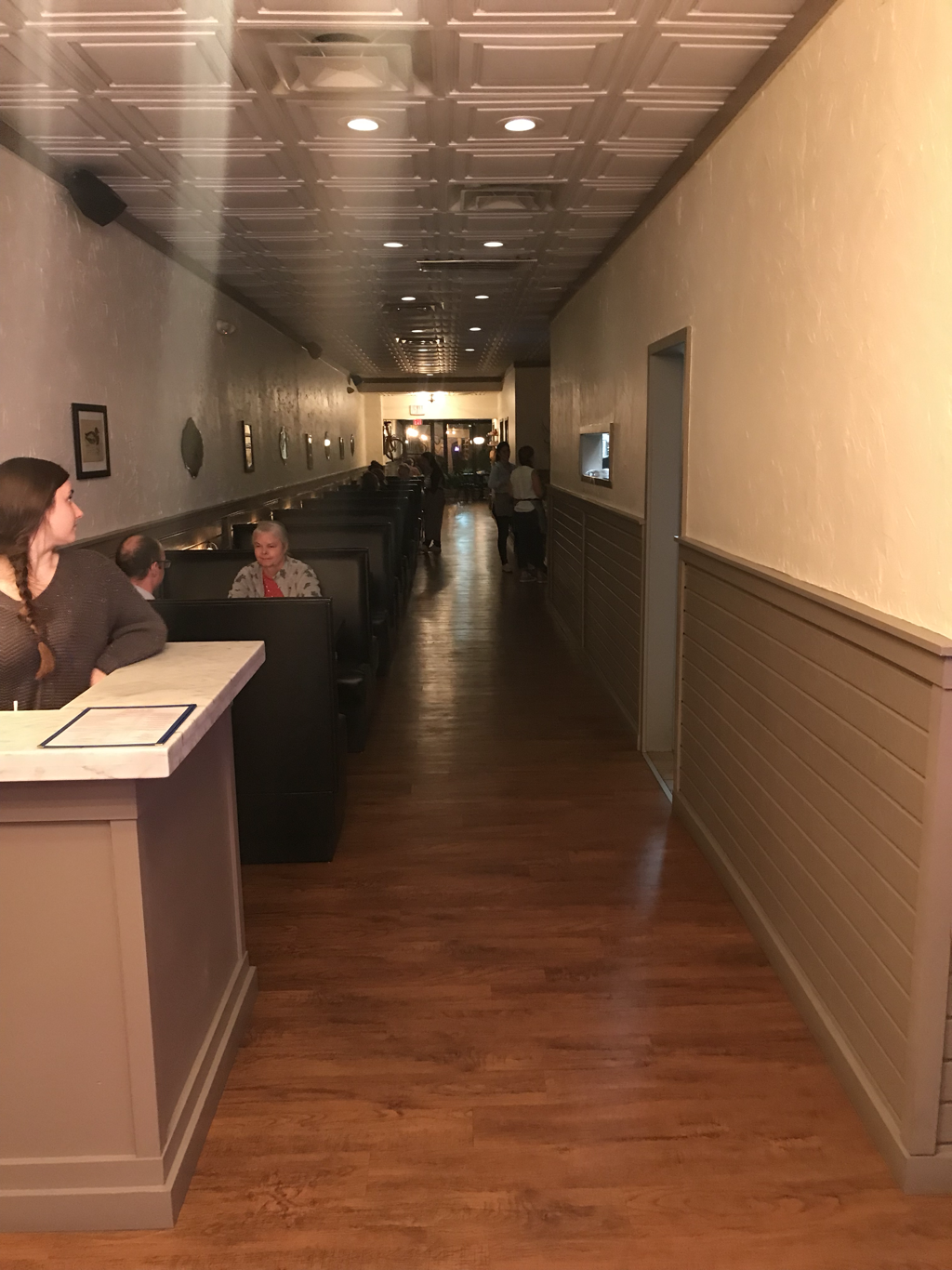 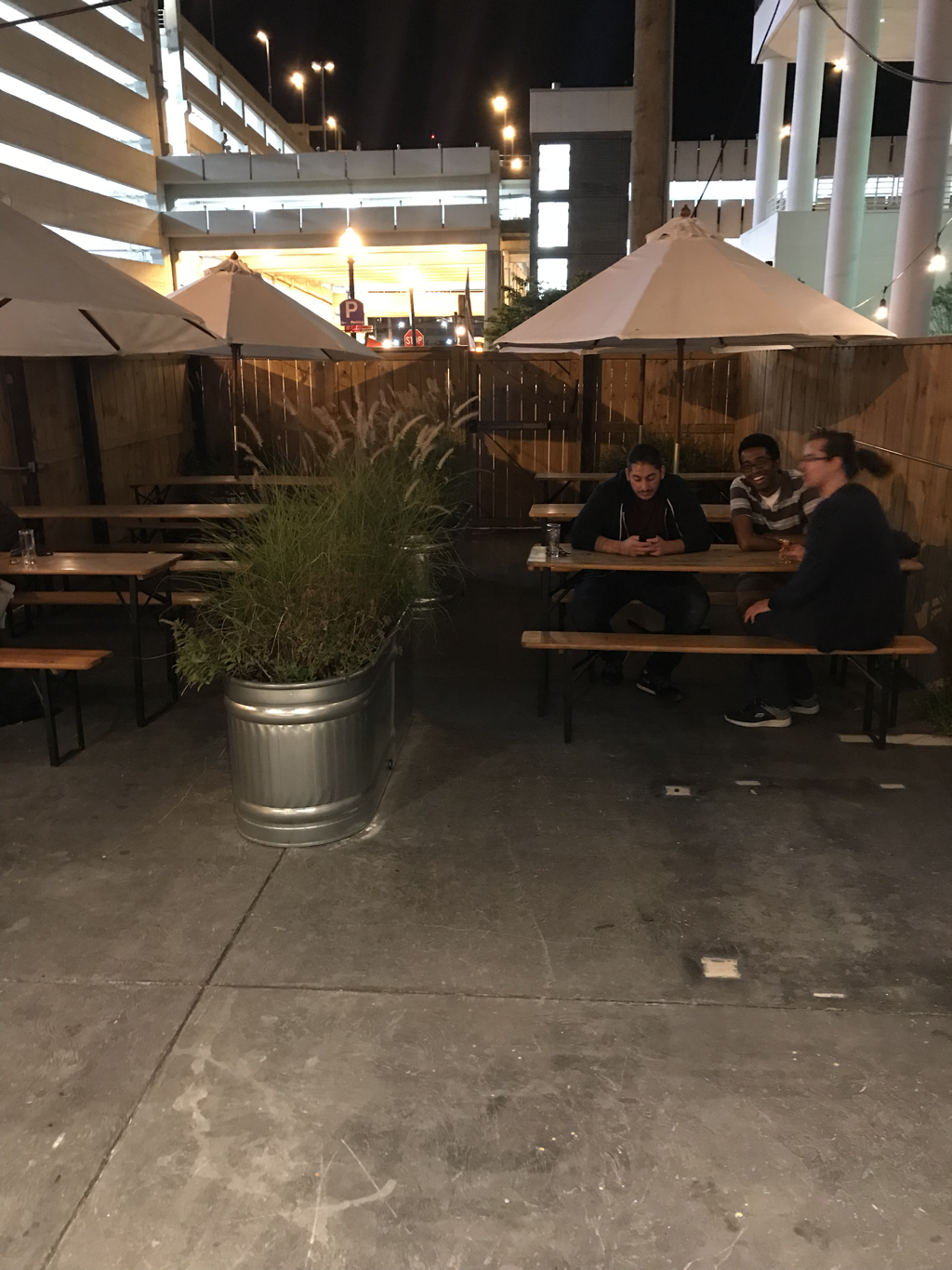 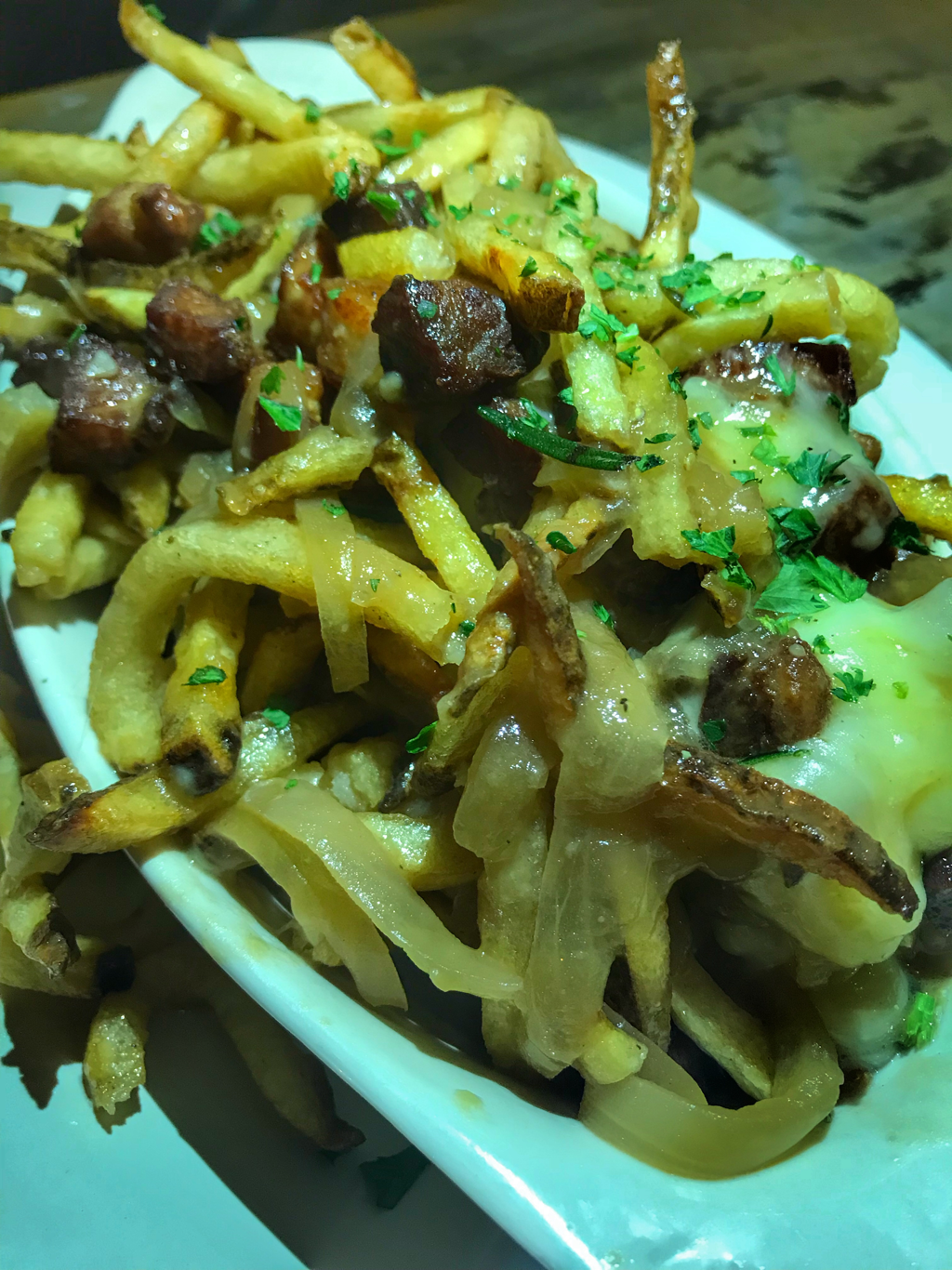 That concluded my tour of DTSS. I’d like to thank Just Up The Pike’s Dan Reed for showing me around and I know I wasn’t able to see everything, but I was glad I got to see what I did. Until next time, DTSS! 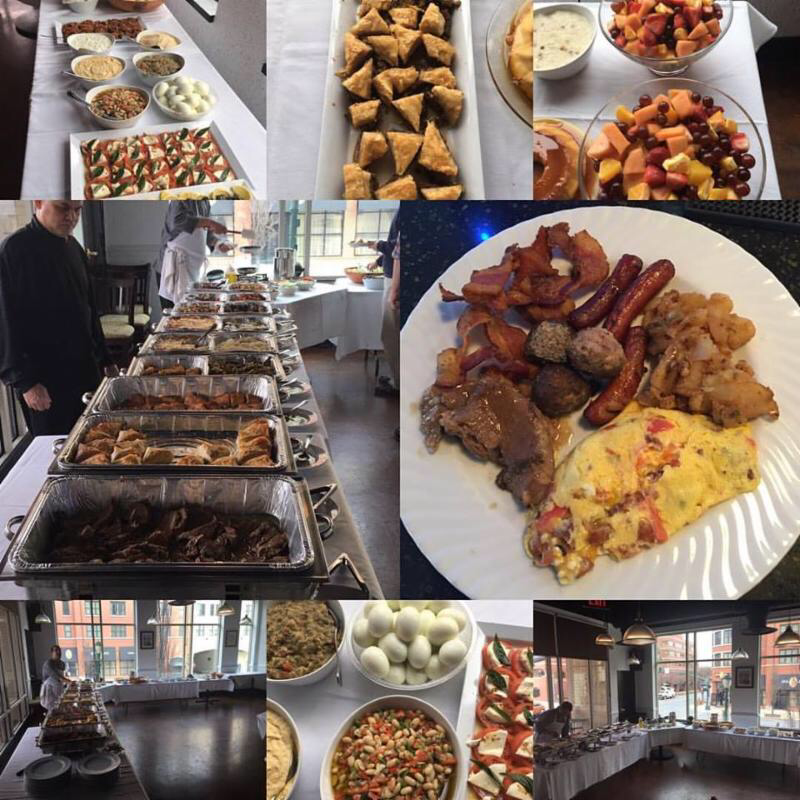