U.S. Park Police arrested a man earlier this week who was linked to several indecent exposure incidents and assaults that occurred recently along the C&O Canal near Locks 8, 9, and 10.

Information regarding the suspect has not been released.

The United States Park Police posted the following message asking anyone with more information, or anyone potential victims/witnesses to reach out to them. 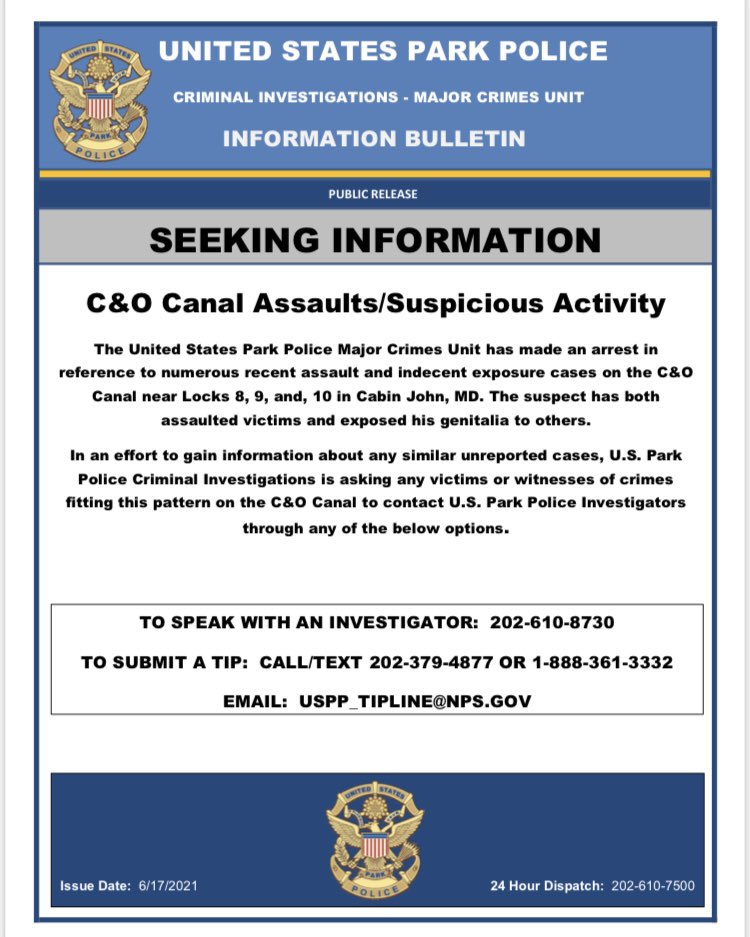 Canine Influenza Is Being Found in Montgomery County...