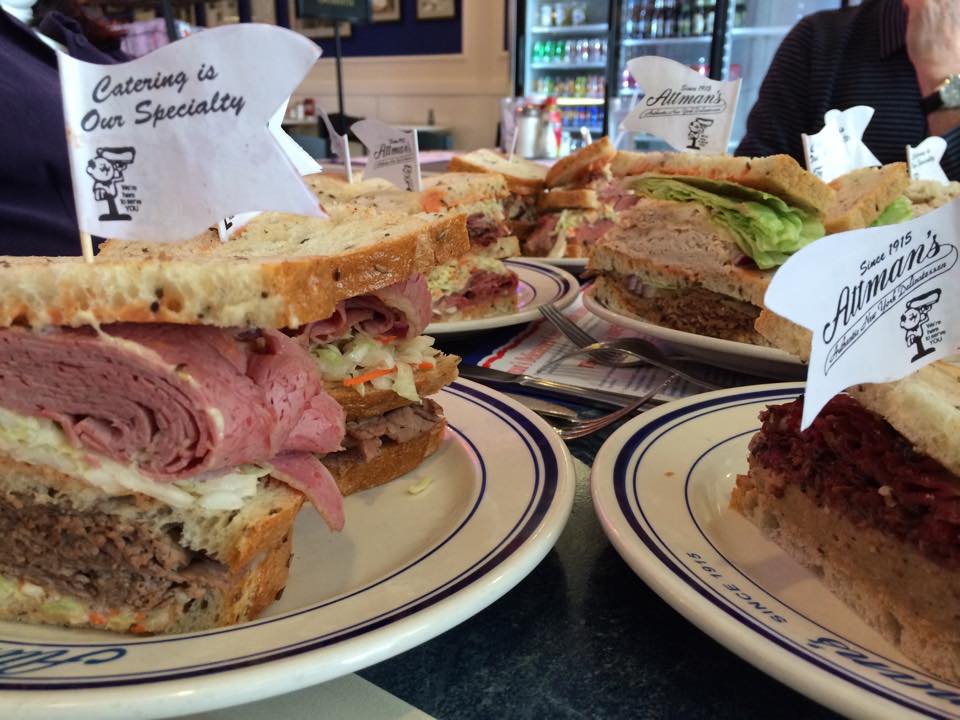 Back in April, Attman’s Deli announced that they had closed their Cabin John location and were planning to move into a new spot, somewhere nearby.  At the time of the announcement, no official location was disclosed.

There have been rumors that they might potentially move into Park Potomac, in the spot previously occupied by Zoe’s kitchen.  Today, we heard that there appeared to be people loading furniture and equipment from an Attman’s truck into that space.

Attman’s Deli is best known for their corned beef, pastrami, pickles, and other New York Jewish delicacies. The original Attman’s location in Baltimore is still open for business during this time.

Be the first to comment on "Attman’s Deli Moving into Park Potomac?"