Per the State of Maryland:
ANNAPOLIS, MD—Governor Larry Hogan today (Sunday) joined Delaware Governor John Carney for a celebratory crab cake lunch before continuing his six-day tour of the Eastern Shore with stops at the Ocean City Boardwalk and the 2022 OC Air Show. 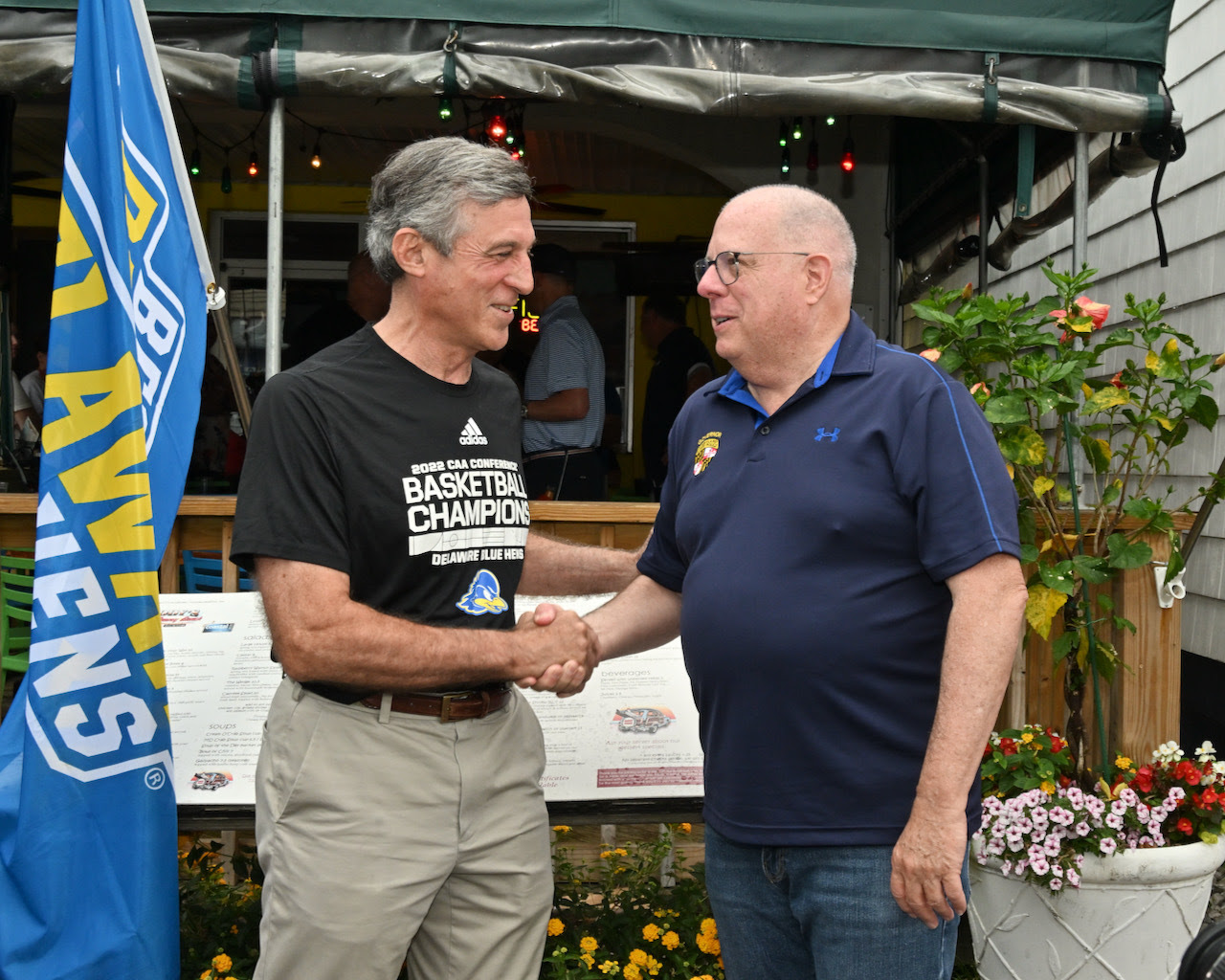 Battle of the Crab Cakes. Governor Hogan crossed the border into Delaware today to claim his March Madness winnings from Governor Carney at Woody’s Dewey Beach. The two governors made a friendly crab cake wager earlier this year when the University of Maryland Terrapins took on the University of Delaware Fightin’ Blue Hens in the first round of the 2022 Women’s NCAA Tournament. The Terps took down the Blue Hens 102-71. 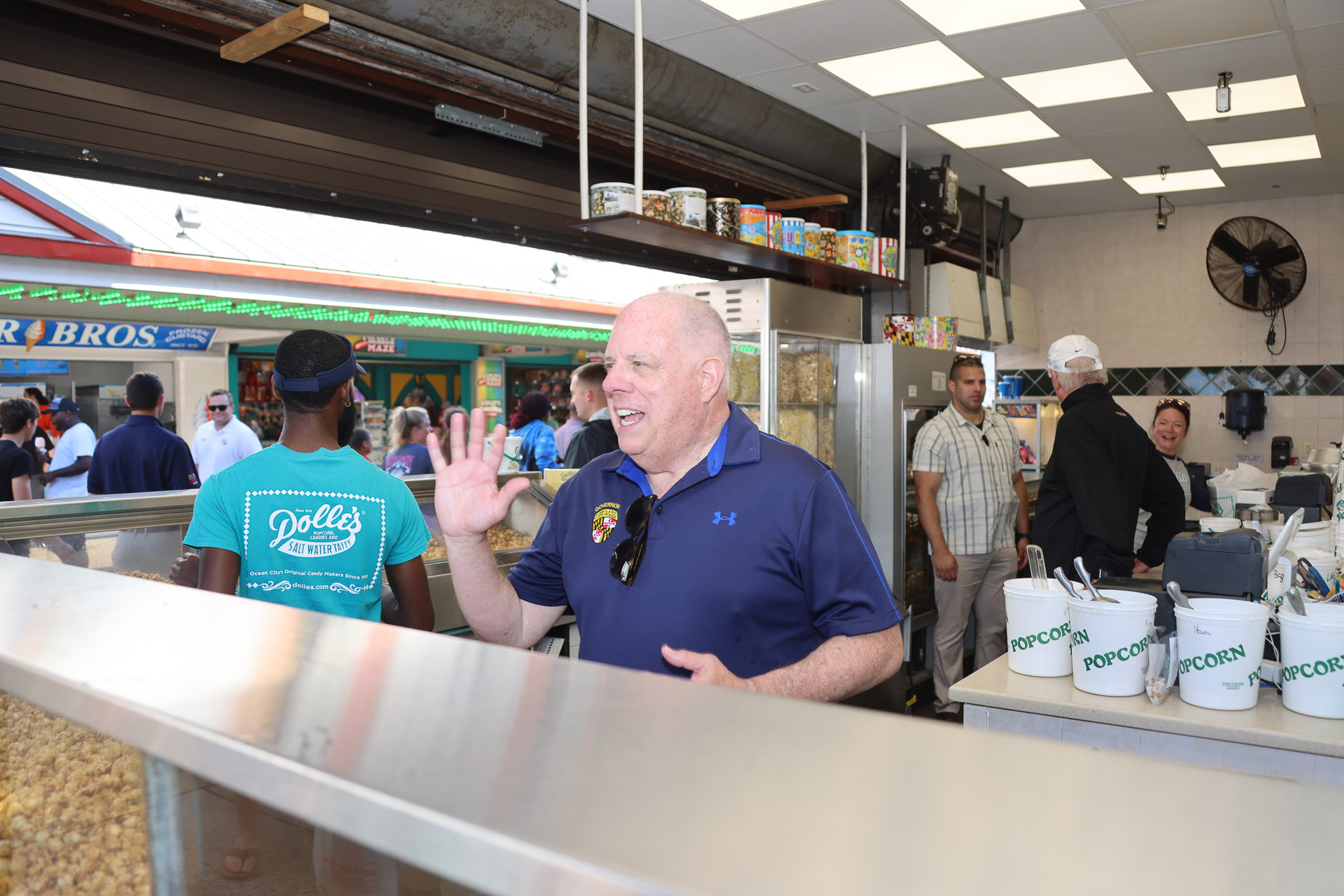 Ocean City Boardwalk. Governor Hogan wrapped up the day with a number of stops at well-known establishments along the Ocean City Boardwalk, including Dolle’s Candyland Inc, a fourth generation candy company that has been operating since 1910. The governor also visited legendary Thrasher’s French Fries and Trimper’s Rides, which recently received a $187,000 grant through the state’s transformative Project Restore initiative.

Beyond MoCo: Tysons Corner Center Being Cleared After...

Marijuana Legalization Will Be Voted on in Maryland...

Attorney General Frosh Announces the Formation of a...