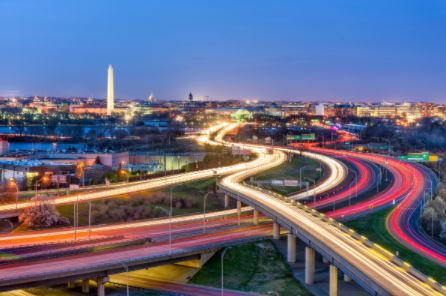 Beyond Moco: House to Vote Today on DC Statehood Legislation

The House of Representatives will vote today on legislation that would make Washington, DC the 51st state. The state would have one representative and two senators.

The area of land that includes the White House, the Capitol and the National Mall would remain as a federal district.

The measure is expected to pass easily but will face an uphill battle when it heads to the Senate.

Proponents argue that DC has a larger population than both Wyoming and Vermont, yet receives no voting representation in Congress.

Opponents of DC statehood say this is nothing more than a political power grab, as DC is heavily Democratic.

The Biden administration released a statement yesterday in support of DC statehood:

“The Administration strongly supports H.R. 51, the Washington, D.C. Admission Act. For far too
long, the more than 700,000 people of Washington, D.C. have been deprived of full
representation in the U.S. Congress. This taxation without representation and denial of selfgovernance is an affront to the democratic values on which our Nation was founded. H.R. 51
rights this wrong by making Washington, D.C. a state and providing its residents with long
overdue full representation in Congress, while maintaining a Federal District that will continue to
serve as our Nation’s seat of government.

Establishing the State of Washington, Douglass Commonwealth as the 51st state will make our
Union stronger and more just. Washington, D.C. has a robust economy, a rich culture, and a
diverse population of Americans from all walks of life who are entitled to full and equal
participation in our democracy. The Administration looks forward to working with the Congress
as H.R. 51 proceeds through the legislative process to ensure that it comports with Congress’
constitutional responsibilities and its constitutional authority to admit new states to the Union by
legislation. The Administration calls for the Congress to provide for a swift and orderly
transition to statehood for the people of Washington, D.C.”

One Ethiopian Fest This Sunday in Silver Spring

Be the first to comment on "Beyond Moco: House to Vote Today on DC Statehood Legislation"