Big Al’s Subs and Soups Has Closed in Montgomery Mall

Big Al’s Subs and Soups in the Montgomery Mall food court has closed. It was located in the space that was previously home to Wicked Waffles, next to Charley’s. The restaurant, which had a menu very similar to that of Subway, opened in December of 2021.  The restaurant offered ten different signature sandwiches, including a vegetarian option called “The Mediterranean”, and a rotating list of soups. 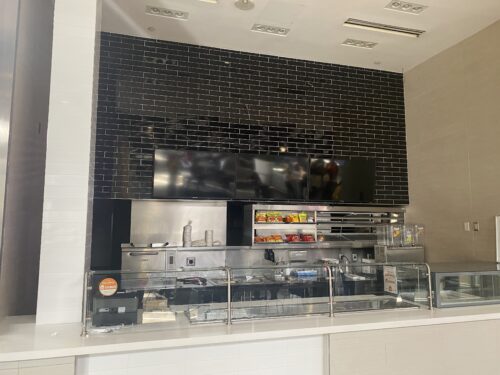 In other Montgomery Mall restaurant news,  HalfSmoke Bethesda will be opening in the Montgomery Mall food court, as first reported by The MoCo Source on Instagram. It will be located in the former home of Coldstone Creamery and more recently Gelato Galaxy.  HalfSmoke was the first restaurant of its kind to serve gourmet sausages via an assembly line format. Its sausages and toppings can be fully customized to create over 50,000 variations. The HalfSmoke menu also features craft beer, mac and cheese balls, tater tots, milkshakes, funnel cakes, wine, cocktails, and more, but there is no word on if the Montgomery Mall location will offer everything the DC restaurant does. No word yet on an opening date.

Also, HalfSmoke’s Butter Me Up will also be opening in the lower level of Montgomery Mall. Butter Me Up will be taking over the old Aroma Espresso Bar location, which is downstairs near the Old Navy entrance. The menu at the DC location consists solely of breakfast sandwiches, with 13 different varieties available on your choice of a butter roll, biscuit, English muffin, or maple waffle. Stuffed inside the sandwiches you’ll find sausage, eggs, fried chicken, a variety of cheese, and a lot more. A Yelp article named Butter Me Up DC’s best breakfast sandwich. We’ll keep you updated on a potential opening date as soon as we have it.