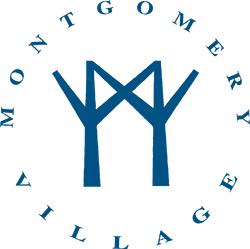 The Kettler brother (Clarence, Milton, and Charles) built Montgomery Village after Clarence had the idea of building a special town.

In 1962, they bought The Walker Farm, Thomas Farm, The Brothers Mills, The French Farm, The Fulks Farm, The Patton Farm, The Wilson Farm, and The James Walter Deppa property. The Walker Farm was the largest of all the properties the Kettlers bought. It was 412 acres and now is Walkers Choice, Cider Mill, Horizon Run, Christopher Court, Dockside, Nathan’s Hill, Millrace, the library, the day care center, Montgomery Village Plaza, Breckenridge, the Verandahs, Grover’s Forge, Lake Whetstone, South Valley Park and part of Lakeforest Mall (courtesy of The Montgomery Village website).

Though the golf course and Lake Whetstone opened a little before, the first residents moved into Montgomery Village in September of 1967.

Montgomery Village has been home to the YMCA, Sir Walter Raleigh, Athena restaurant (where two of my grandparents once worked), Bob’s Big Boy, and many more memorable places that are no longer there.

Currently, MV has over 40,000 residents and recently celebrated its 50th anniversary in 2016.

Many people think the logo, seen in our featured image, is a picture of trees. It’s actually two people reaching for the heavens as a symbol for peace.