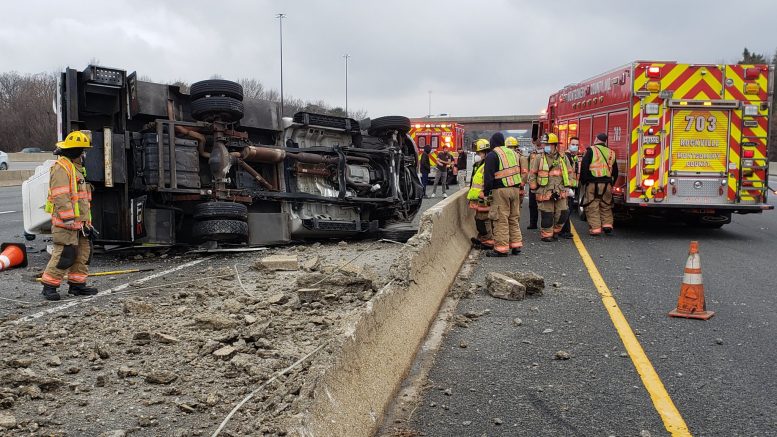 Around 12PM Tuesday, a bucket truck travelling on northbound I-270 near I-370 crashed through the concrete barrier separating the local lanes from the express/main lanes.

The truck, which caused major damage to the concrete barrier, came to rest overturned on its side. Some news footage showed logos of a cable and internet provider on the truck; it was unclear if the truck was owned and operated by that company or a contractor.

The driver of the truck was evaluated by Montgomery County Firefighters and Paramedics and had only minor injuries.

3 Comments on "Bucket Truck Crashes Through I-270 Barrier, Overturns"