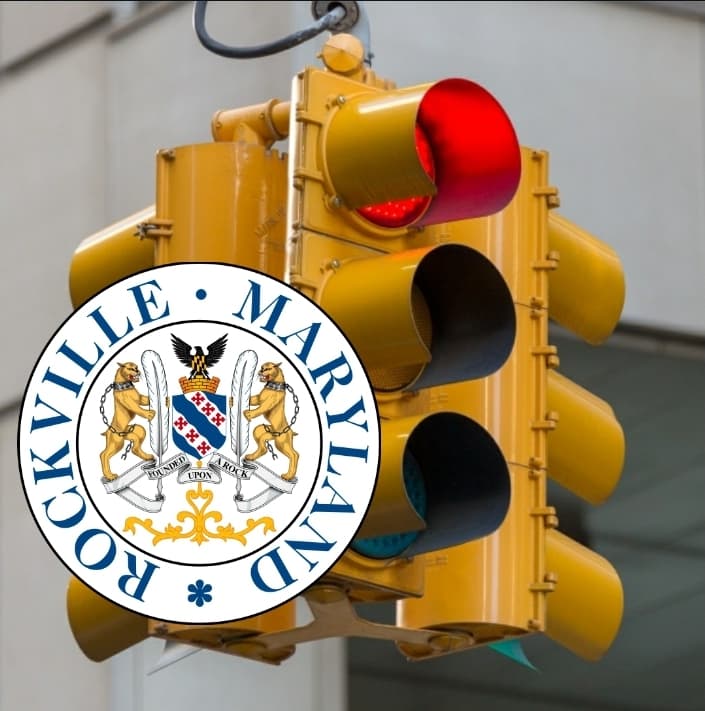 The City of Rockville will be posting “Right Turn Yield on Red After Stop” signs at ten intersections with red light cameras according the Rockville Public Information Office. The signs are intended to remind drivers that they must make a full stop before turning or they could be subject to an electronic ticket.

The City of Rockville states “The red-light camera system was installed to improve safety, not to collect revenue from traffic citations. When vehicles make a full stop, it creates safer crosswalks for pedestrians and safer intersections for vehicle traffic.

The Rockville City Police Department reviews all photographs and video evidence of a suspected violation before issuing a citation. The fine is $75. Revenue from red-light camera citations goes to the city’s general fund, where it is used to pay for the red-light camera program and other public safety expenses.”

In 2016, Montgomery County turned off a red light camera on Georgia Ave. that collected more than $350,000 in fines.

Below is a listing of red light cameras in Rockville from the city’s website:

New Fortune in Gaithersburg Has Reopened