On Sunday, May 15, 2022, 4th District officers responded to the 3300 block of North Leisure World Blvd. for the report of a suspicious situation.

The victim told police that he observed the same vehicle parked in another section of the Leisure World community. Officers responded to that location and observed the vehicle in the parking lot. Further investigation determined that the vehicle was registered to Regency Cab Inc. and Kinsey was an employee of the business.

On Wednesday, May 25, 2022, Kinsey was arrested on the strength of an arrest warrant and charged with impersonating a police officer and false imprisonment. He was released on a $3,000 bond.

Anyone who believes they may have come in contact with Kinsey representing himself as a police officer is asked to contact the 4th District Station at (240) 773- 5500. 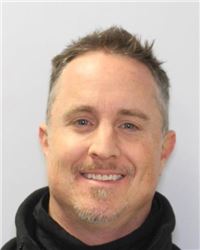 The Montgomery County Department of Health and Human Services Will Offer a Free Community-Based Diabetes Self-Management Program at Germantown Library on June 22.

County Commitment to Inspiring Use of Electric Vehicles...