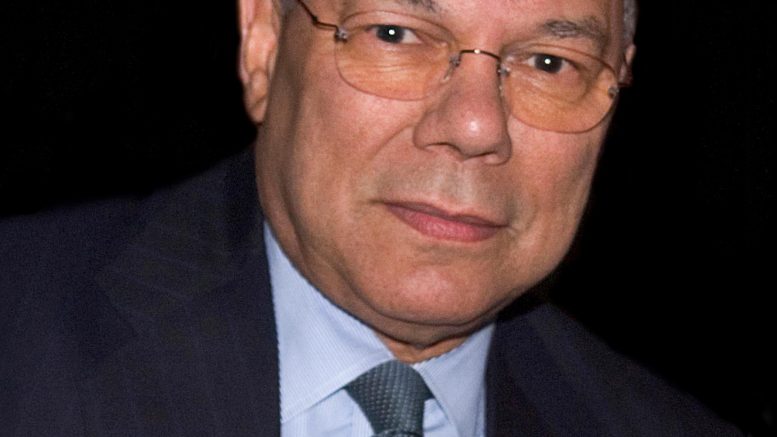 Colin Powell passed away today, October 18, at Walter Reed Medical Center in Bethesda at the age of 84.

Powell, a four-star general, was chairman of the Joint Chiefs of Staff from 1989-1993 and served as the Secretary of State from 2001-2005 under President George W. Bush.

Powell was being treated for blood cancer and died from complications of COVID-19. 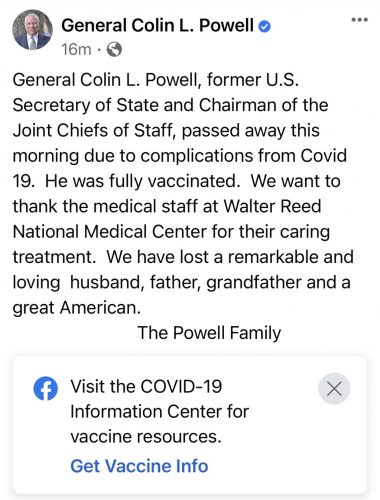 Maryland Vaccine Update: 99% of Seniors Vaccinated and Over 50,000 Vaccinations Administered to 5- to 11-Year-Olds

MoCo Reported 342 New Cases This Morning, The First Time Over 300 Since June 4th