Colt Brennan has passed away at the age of 37, according to a report from Hawaii News Now earlier today.

The record-breaking quarterback from the University of Hawaii was drafted in the 6th round by Washington back in 2008. He threw for 123 yards and 2 touchdowns in his debut at the Hall of Fame Game against the Colts in August of 2008.

He led all rookies in touchdown passes, passing yards, and quarterback rating in the 2008 preseason, immediately making him a fan-favorite with fans in the area.

According to this morning’s report “details about his passing were not immediately available, but Brennan is believed to have been at a rehabilitation facility in California at the time of his death.”

On April 13th he posted the following caption on his Instagram, detailing his struggles in recent years.

”I’ve been through a lot in my life. I was a convicted felon for a crime I never committed, (passed polygraph and all). I captured every dream I had as a child. I was drafted into the league only to have 2 knee and 2 hip surgeries. I reached my 3rd year in the NFL, only to awake from a coma with traumatic brain injury as a passenger in a car accident. I battled drug and alcohol abuse, and eventually developed blood clots years after the car accident. I spent 9 months in the hospital and for the last 2 1/2 years have been trying to learn how to walk again with a broken heart. I found redemption once, I will find it again. They say: “ Some people are just born to fight, and it’s not their born brave or born strong. It’s just that the Universe decided that this one, this one will have the grit and fire, and the steel in their blood. They will be tested this cosmic mettle of theirs. They will face trial after trial, be broken and damaged in countless ways, but this one was born to fight”. #cover #07espnmagazine#redemption #fighter #onelove#brokenheart“ 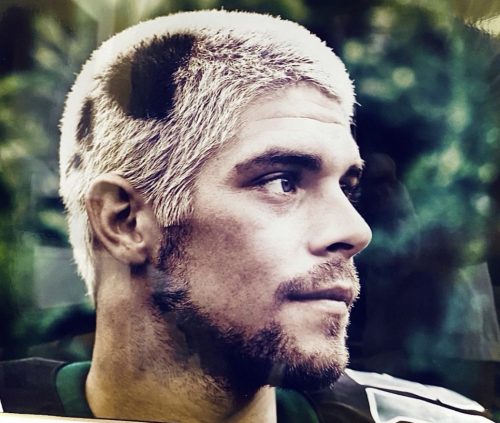 Beyond MoCo Update: Suspect in DC Shootings Has...