Coming Soon Signage Up at CAVA Digital Kitchen in Germantown

Coming soon signage is up for Cava Digital Kitchen at 19865 Century Blvd in Germantown, which is replacing the recently closed Zoe’s Kitchen. CAVA opened their first Digital Kitchen in Sandy Spring, GA back in March. According to a social media posts by CAVA,  “CAVA Digital Kitchen has arrived… Just order ahead on our app or our site for easy pickup or delivery! Convenient *and* delicious. Build your bowl: order.cava.com.”

CAVA, the fast-casual restaurant that started in MoCo, acquired Zoe’s and its 200+ restaurants in 2018 for approximately $300 million 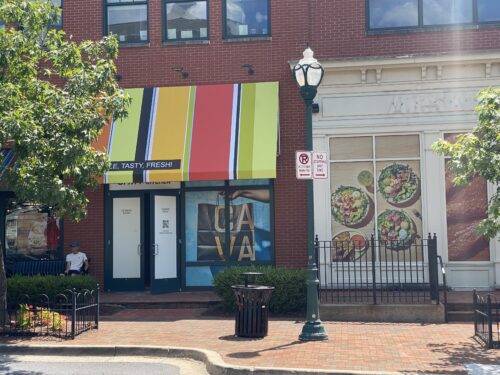 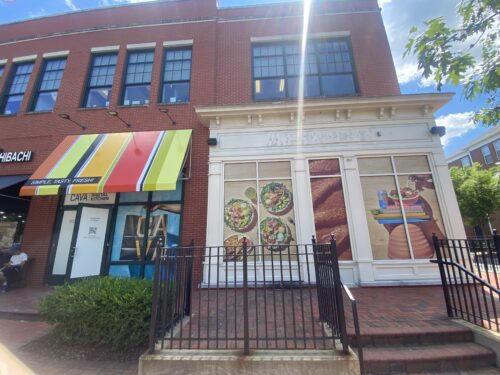 In 2006, first-generation Greek-Americans Ike Grigoropoulos, Dimitri Moshovitis, and Ted Xenohristos launched the full-service Cava Mezze restaurant in Rockville, with Moshovitis as executive chef. Following the launch of four additional restaurants, in 2008, Xenohristos, Grigoropoulos, and Moshovitis launched a line of dips and spreads to over 200 stores, including Whole Foods Market. In 2009, Brett Schulman joined them as CEO and co-founder of the fast-casual chain Cava (originally called Cava Mezze Grill, later rebranded as Cava Grill and then simply as Cava). They opened the first Cava restaurant in Bethesda, in January 2011.