Coming soon signage is up at the Olney Crab House, located at 18200 Georgia Avenue, the former site of the Olney Tavern in the Hillcrest Center in Olney. In February we were informed by the property management of the center that the original owners had pulled out of the location and new owners had just recently taken over the lease. We first reported that the Olney Alehouse was coming back in November 2019.  Renovations on the building began in the summer of 2020 but remained dormant until the new tenants took over. No opening date has been announced.

The Hillcrest Center is also home to the Olney School of Dance, Olney Barbar, and Kang’s Black Belt Academy. In other Olney restaurant news, earlier today we posted an update on the Olney Ale House and Quickway Japanese Hibachi is now open at 3116 Olney Sandy Spring Rd.
Photos of the Crab House below: 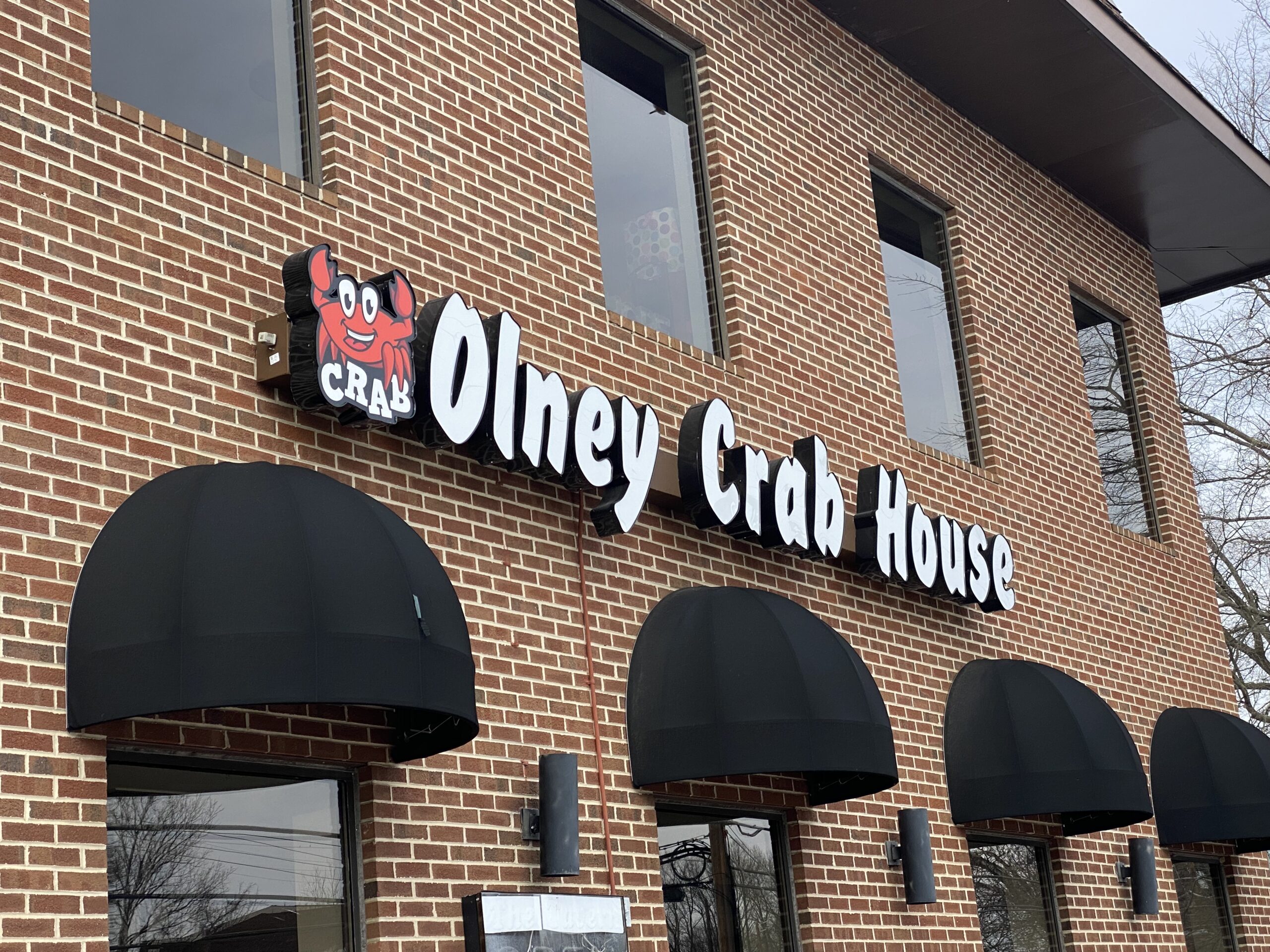 Update on &Pizza Coming to Olney