Many were disappointed when the City of Gaithersburg announced the cancellation of its Oktoberfest celebration in the Kentlands neighborhood. That was followed up by the City of Rockville cancelling Rocktobierfest a few days later.

The celebration will feature German food specials for the week, German beers on tap (along with local Fest beers), and live Oom-pah music.

On Thurday, September 23rd they will offer a ticketed beer dinner with Rockville’s True Respite.

The Comus Inn social media post announcing the celebration can be seen below:

Who’s getting ready for Oktoberfest next week? 🍺🥨🌭📯🇩🇪 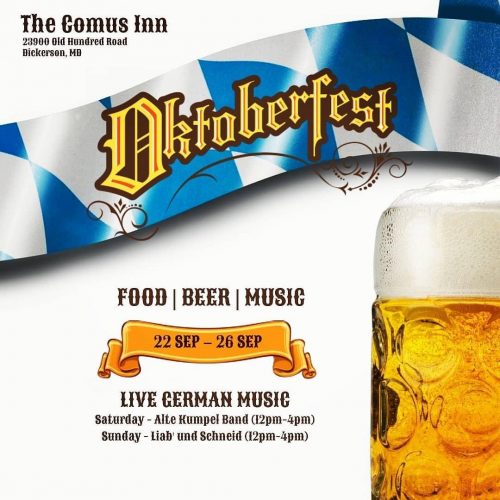 Comus InnDickersonEventsOktoberfestThings to do
2 comments
0
FacebookTwitterPinterestEmail

Update on Snake Infestation That Lead a Homeowner...

Is Comus Inn reopened? I can’t find their menu anywhere on the internet.