On November 11, Christian Alexander Baldwin Guevara was last seen by his family in the 12400 block of Dancrest Dr. in Clarksburg.  He may be wearing a blue hooded sweatshirt, gray sweatpants, and a black New York T-shirt under his sweatshirt.

Baldwin Guevara is 5-feet, 8-inches tall and 135 lbs. He has brown eyes and curly brown hair and both ears pierced.

Anyone who has information regarding the whereabouts of Christian Alexander Baldwin Guevara is asked to call Montgomery County Police SVID at 240-773-5400 or the police non-emergency number at 301-279-8000 (24hrs). 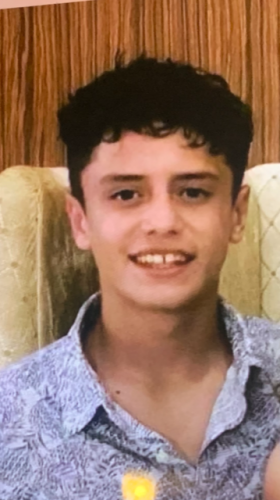