Gaithersburg, MD – Detectives from the Montgomery County Department of Police – 5th District Investigative Section are asking for the public’s assistance in locating a 36-year-old female from Germantown.

Monique Ann Marie Grey was reported missing, by her family, on January 29, 2022. Her family indicated that they had not heard from her since approximately December 25, 2021.

Grey is described as approximately 5-feet tall and weighs 120 pounds. She has brown hair and brown eyes. She has a birthmark on her forehead.

Anyone with information regarding the whereabouts of Monique Ann Marie Grey is asked to call the 5th District Investigative Section at (240) 773- 6237 or the police non-emergency number at (240) 279-8000. 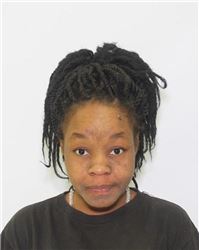 AMC to Take Over ArcLight Theater Space in Montgomery Mall