Update: Sean Jones and Kaelyn Jackson were both located safe and unharmed.

Gaithersburg, MD – Detectives from the Montgomery County Department of Police – Special Victims Investigations Division (SVID) are asking for the public’s assistance in locating a missing 14-year-old male from Rockville and a 14-year-old female from Olney.

On November 6, Sean Jones was last seen leaving his residence in the 500 block of Blandford St. in Rockville, and Kaelyn Jackson was last seen leaving her residence in the 3400 block of Bantry Way in Olney. They are believed to be traveling together. Jones and Jackson have been seen by friends in the area of Wheaton Mall and Rockville Town Center.

Jones is 5-feet, 3-inches tall and weighs 125 lbs. He has brown eyes. He was last seen wearing a black hooded sweatshirt that says “NASA.”  The NASA logo is blue, white and black. He is also wearing blue jeans and white/blue tennis shoes.

Jackson is 5-feet, 3-inches tall and weighs 130 lbs. She has brown eyes and black hair. She may be wearing black framed glasses, a black hooded sweatshirt with a cartoon character on front of the sweatshirt, gray pants and flip flops.

Police and family are concerned for their physical and emotional welfare.

Anyone who has information regarding the whereabouts of Sean Jones and Kaelyn Jackson is asked to call the Montgomery County Police SVID at 240-773-5400 or the police non-emergency number at 301-279-8000 (24hrs). 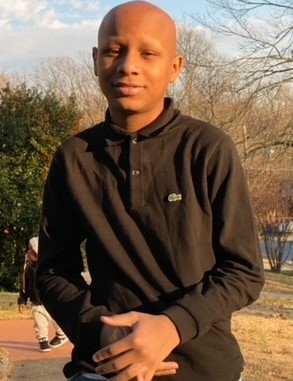 Rockville Police Respond to Car Fire That Was...

Many Questions Remain Unanswered After Teen’s Death in...