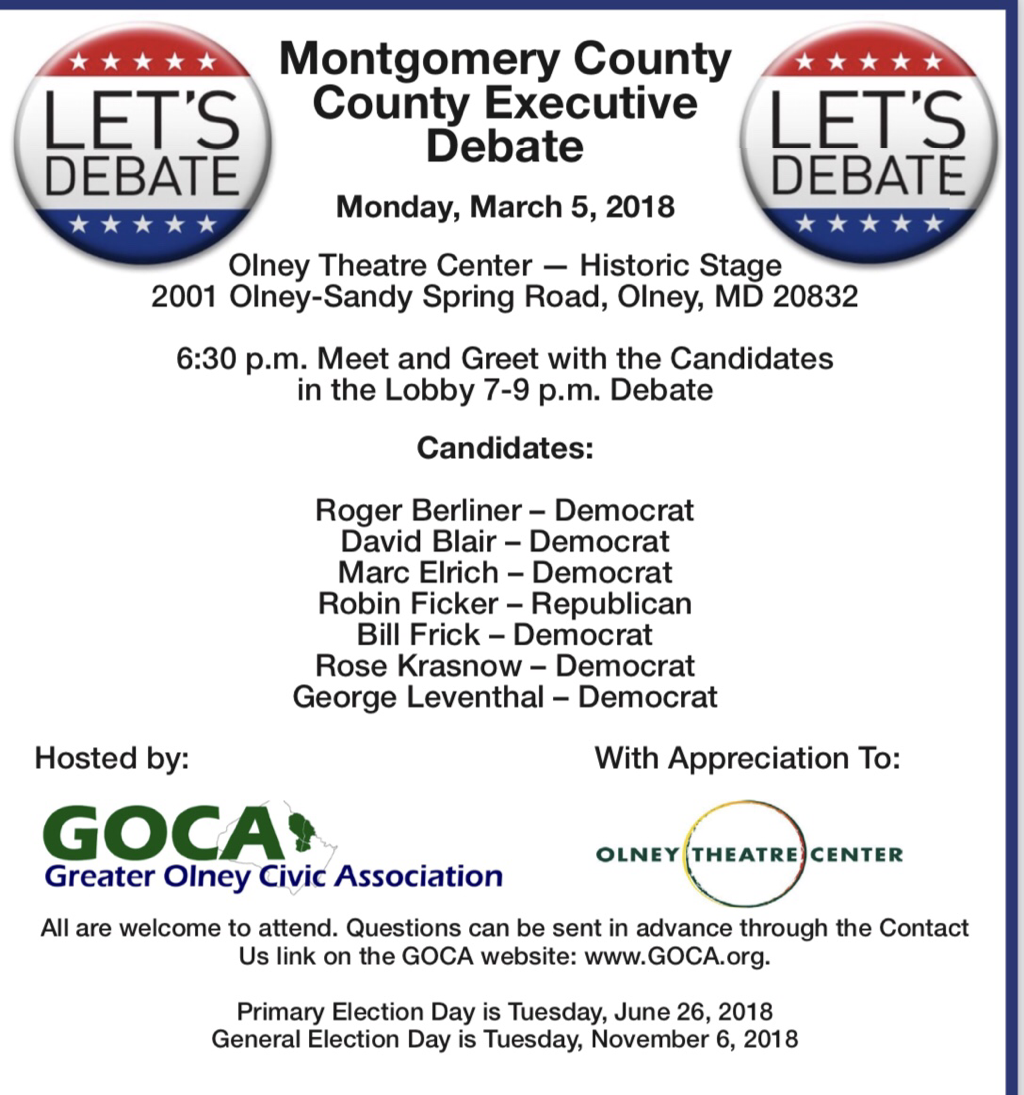 The Greater Olney Civic Association will be hosting a County Executive Debate on Monday, March 5th, at the Olney Theatre Center.

We polled almost 2,000 people in three locations in the county (Gaithersburg, Bethesda, and Wheaton) and were able to get these statistics through our research:

Approximately 5% of people could name a county executive candidate.

Less than 10% of people had voted in a local election (city/county).

Over 95% of people polled cared about issues the local government plays a role in controlling.

Just over 55% of people polled said they would at least “probably vote” in the election for county executive after we spoke to them.

I invite everyone in MoCo to join me at this debate (free to attend). I’d love to meet a bunch of you and talk a little bit about MoCo.

Be the first to comment on "County Executive Debate In Olney"