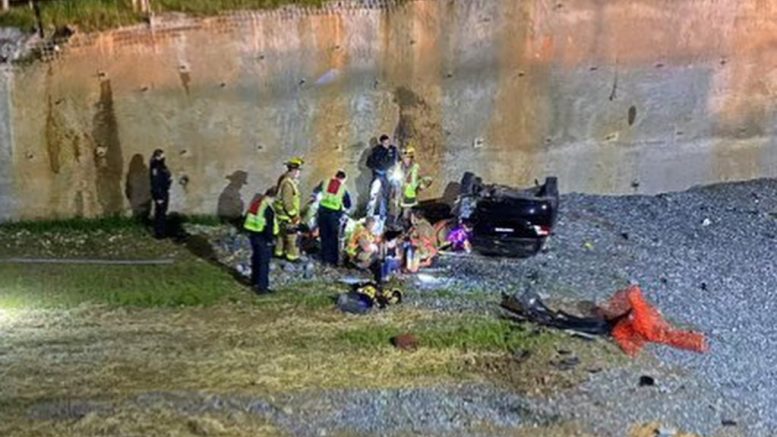 Around 1AM Saturday, Bethesda-Chevy Chase Rescue Squad volunteers and Montgomery County Career Firefighters responded to the area of the Purple Line Construction along Jones Bridge and Jones Mill Roads for a reported rollover crash.

Responders arrived and found a sedan that had crashed through traffic barricades and chain-link fencing, ultimately falling down an embankment and rolling over. Bethesda-Chevy Chase Rescue Squad volunteer Emergency Medical Technicians and Paramedics evaluated and transported the two extraordinarily lucky occupants who were inside the sedan and only had minor injuries.

Three Weekend Rollovers, Including One on Veirs Mill Road This Morning, Highlight Importance of Seat Belts, Slowing Down