Crown Fried Chicken: Homemade Waffle & Breakfast is coming to the 1900 block of Seminary Rd in Silver Spring. The restaurant’s address is listed as 1909 Seminary Rd, the same as the former location of Krazy Steve’s. A manager from Crown told us they are not taking over the Krazy Steve’s site but will be located on the opposite side of the center, though it appears that he may be incorrect.

Right now the restaurant is listed as opening on April 29th, but that all depends on when they receive their final permits and inspections from the county. 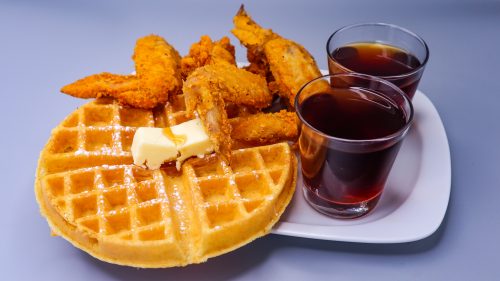 The chain is known for using Halal chicken and has locations across the east coast. The closest franchise locations are in Hyattsville, Waldorf, and Washington, DC.