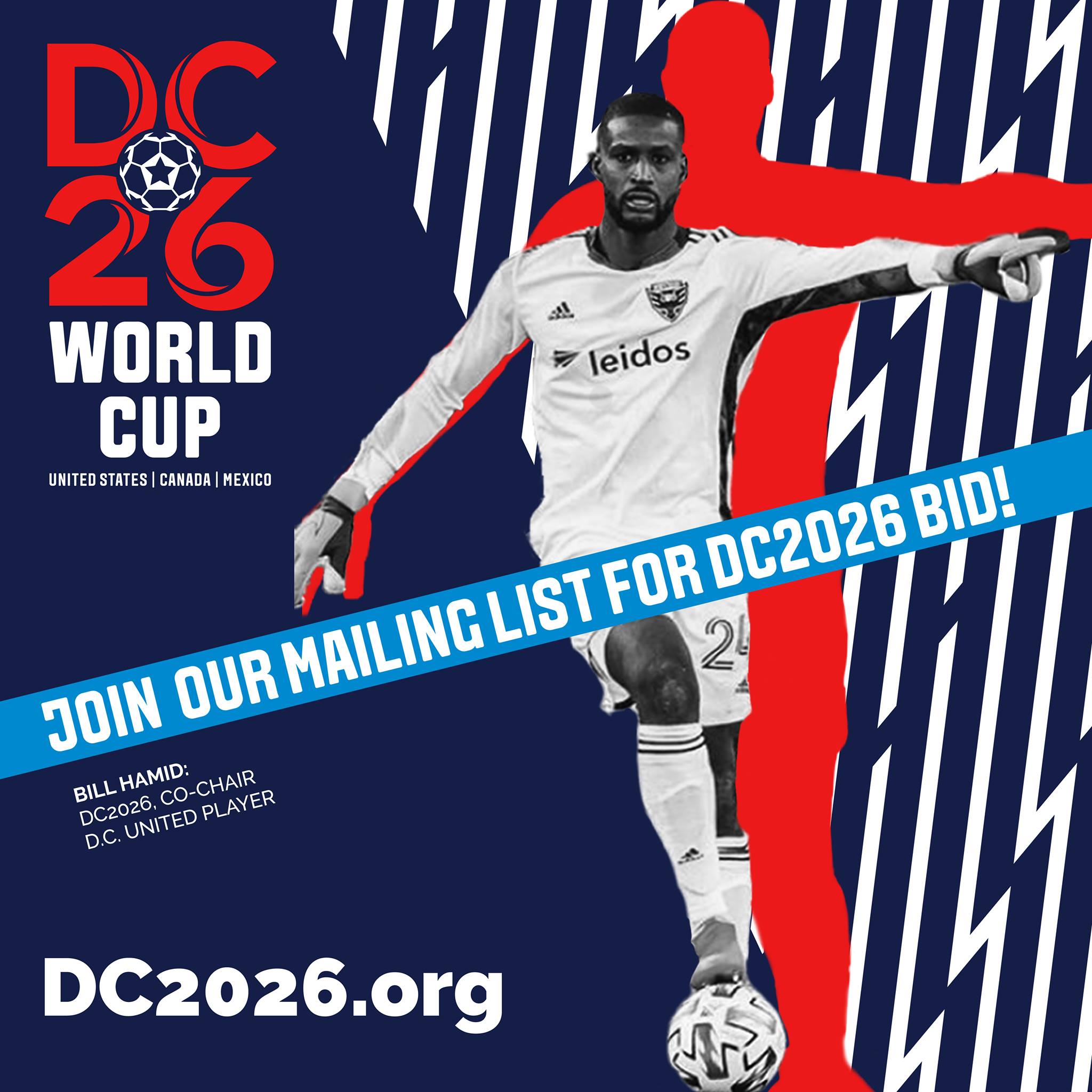 D.C., along with 17 other cities, has submitted the paperwork to bid to be a host city of the 2026 World Cup.

The World Cup will be shared by Mexico, Canada, and the U.S, as was announced in 2018.  Mexico and Canada are expected to provide about 3 cities each to host various games, while the U.S. is expecting to have 10 different host cities for the 80-match long tournament.  D.C.’s bid names FedEx Field.

DC26 has created an advisory board with 40 members that hope to convince FIFA that D.C. is the best option.  The board is composed of many soccer players and local business owners, including Bethesda resident José Andrés.

Beyond MoCo: Mozzeria, a Deaf-Owned and Operated Pizzeria

Kanye West Qualifies As Write-In Candidate For President in Maryland

Pete Sampras, One of The Greatest Tennis Players of All-Time, is From MoCo

Restaurants’ Lawsuit Against MoCo Set for Hearing on Wednesday