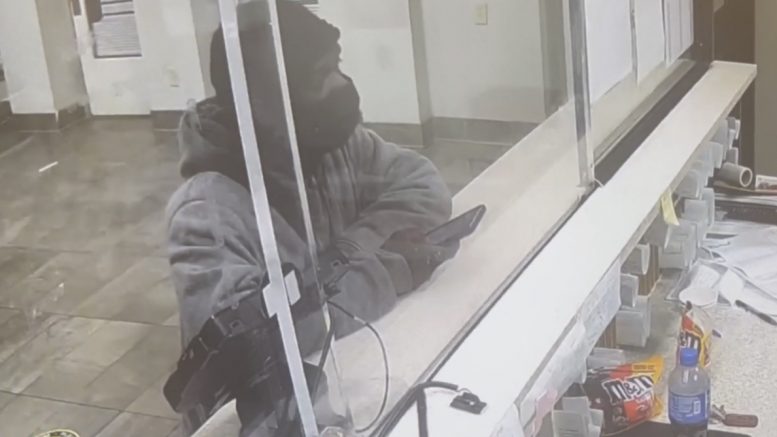 Gaithersburg, MD – Detectives from the Montgomery County Department of Police – 4th District Investigative Section continue to investigate the October 18 armed robbery that occurred at the Westfield Wheaton Mall in the 11100 block of Veirs Mill Road in Silver Spring. Detectives have released surveillance video and are asking for the public’s help to identify the suspect.

On October 18, at approximately 9:30 p.m., 4th District officers responded to the location for the report of an armed robbery that just occurred.

The investigation by detectives determined that while the victim was loading his car with groceries in the parking lot of Target an unknown vehicle pulled up beside him. Three black male suspects then exited the vehicle. One suspect pointed a gun towards the victim’s chest and demanded money and property. All three suspects then approached the victim and began to reach into the victim’s pockets. The suspects stole money, credit cards and property from the victim prior to fleeing the scene in their vehicle.

The suspects continued to use the victim’s credit cards for several days, in various locations following the armed robbery.

Anyone one with information regarding this crime or these suspects, is asked to call the 4th District Investigative Section at 240-773-5530.

Pizza With the Police Event Tonight in Silver Spring