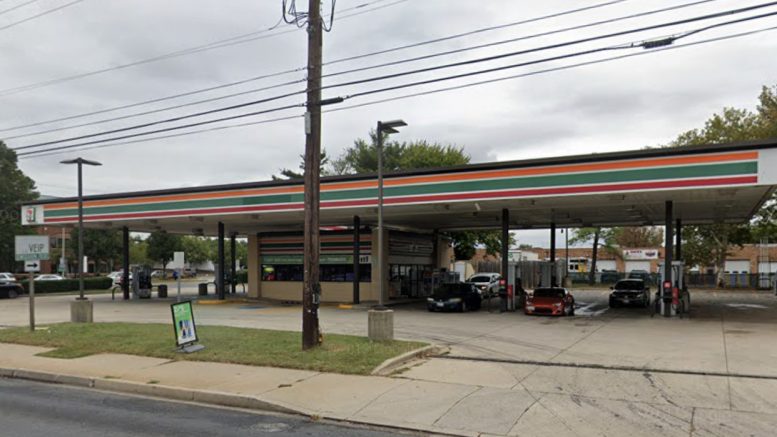 Gaithersburg, MD – Detectives from the Montgomery County Police Department – Major Crimes Division continue to investigate an August 3 armed robbery of a 7-11 that occurred in the 15000 block of Frederick Road in Derwood. Detectives are releasing surveillance video of the male suspect and are asking for the public’s help in identifying him.

On August 3, at approximately 6 p.m., 1st District officers responded to a business located in the 15000 block of Frederick Road for the report of an armed robbery.

The investigation by detectives determined that the suspect entered the 7-11 where an employee was working behind the counter. The suspect displayed a knife, lunged across the counter and then exited the 7-11 with stolen property.

Anyone with information regarding this suspect or this crime is asked to call the Major Crimes Division at 240-773-5070. Those who wish to remain anonymous may call Crime Solvers Montgomery County toll-free at 1-866-411-TIPS (8477) or submit a Crime Solvers tip online or via the app. Crime Solvers may pay a cash reward for information that leads to an arrest in this case.