Per MCPD: Detectives from the Montgomery County Department of Police – Major Crimes Division are investigating a commercial armed robbery that occurred on Tuesday, November 1, 2022, at the Check Cash Depot in Gaithersburg. Detectives have released surveillance photos of the male suspect and are asking for the public’s assistance in identifying him.

At approximately, 7:26 p.m., officers from the Gaithersburg City Police Department responded to the 10 block of North Summit Avenue for the report of a commercial armed robbery that just occurred.

The investigation by detectives has revealed that the suspect entered the business, displayed a firearm and demanded cash. The victim complied with the suspect’s demands. The suspect left the scene with an undisclosed amount of stolen money.

The suspect is described as a Hispanic male, approximately 20-years-old, with a slender build and medium complexion.  Anyone with information regarding this suspect or this crime is asked to call the Major Crimes Division at 240-773-5070 or 240-773-TIPS or contact Crime Solvers of Montgomery County toll-free at 1-866-411-TIPS (8477).  A reward of up to $10,000 is being offered for information that leads to the arrest of the suspect. Callers can remain anonymous. 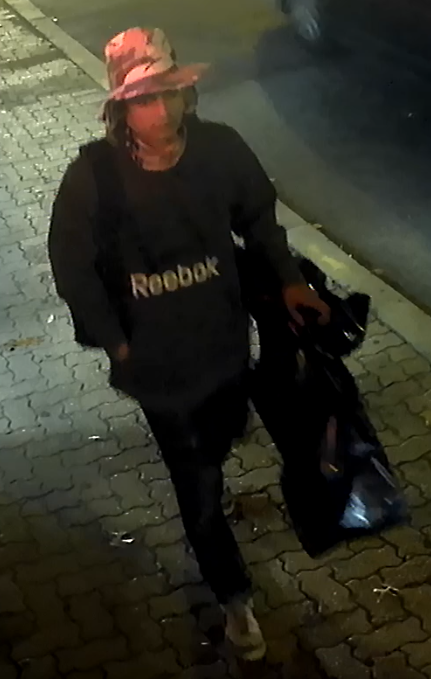 If you ask me, that hat is the real crime.