Gaithersburg, MD – Detectives from the Major Crimes Division continue to investigate a June 18 attempted carjacking that occurred inside a parking garage in downtown Silver Spring. Today, detectives are releasing surveillance photos of one of the two male suspects and are asking for the public’s help in identifying him.

The investigation by detectives determined that at approximately 8:35 a.m. on Friday, June 18, the adult female victim had parked her vehicle inside a parking garage located at 8700 Cameron Street.  The victim exited her vehicle and was approached by the two suspects.  One suspect demanded her vehicle keys and assaulted the victim.  During the attempted carjacking, another vehicle pulled into the parking garage and approached the area where the victim had parked.  Upon seeing the second vehicle, the suspects fled the area on foot without stealing any of the victim’s property.

Anyone with information regarding this suspect or this attempted carjacking is asked to call the Major Crimes Division at 240-773-5100.  Those who wish to remain anonymous may call Crime Solvers of Montgomery County toll-free at 1-866-411-TIPS (8477) or submit a Crime Solvers tip online or via the app.  Crime Solvers may pay a cash reward for information that leads to an arrest in this case. 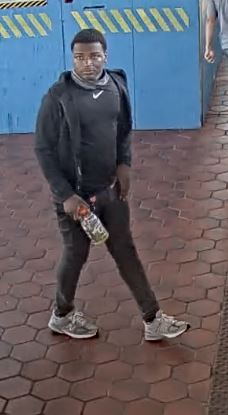 Message From Dr. McKnight, Interim Superintendent of MCPS on Summer School and Her First 100 Days