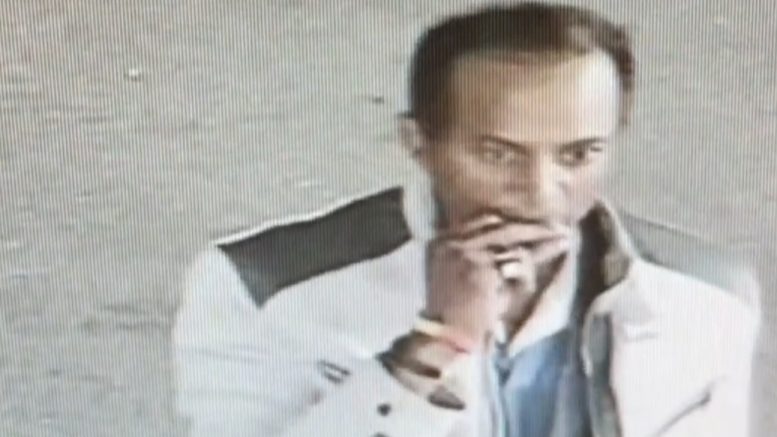 Gaithersburg, MD – Detectives from the Montgomery County Police Department – 4thDistrict Investigative Section are investigating the September 29 commercial burglary of a gas station in Rockville. Investigators are releasing surveillance video of the male suspect and are asking for the public’s help in identifying him.

On September 29 at approximately 7:09 a.m., 4thDistrict officers responded to the 4100 block of Aspen Hill Road for the report of a commercial burglary that occurred earlier. Investigation revealed that an unknown suspect forced entry through the front door of the gas station and stole items from behind the counter. The suspect then exited the gas station and fled the scene of the incident.

The suspect can be seen in the parking lot, smoking a cigarette prior to making entry into the gas station.

Anyone with information regarding the suspect or this crime is asked to call the 4th District Investigative Section at 240-773-5530.

Suspect Arrested and Charged for Burglary on Whitehall Dr. in Silver Spring

Slice of Rockville to Close Permanently

Be the first to comment on "Detectives Investigate Commercial Burglary in Rockville ; Surveillance Video of Suspect Released"