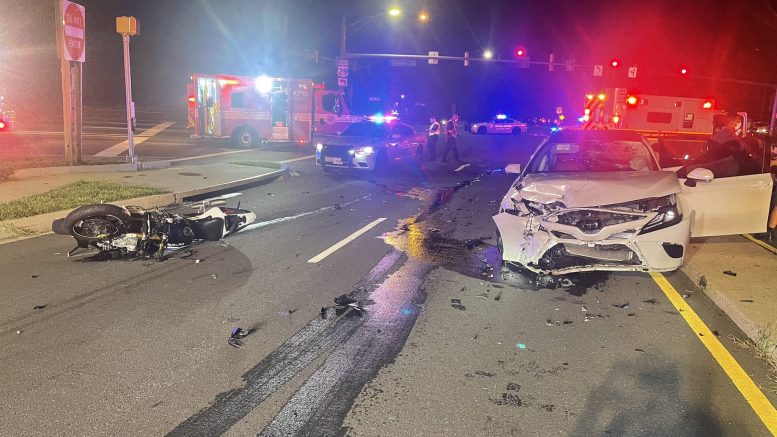 At approximately 8 p.m., 3rd District officers and Fire Rescue personnel responded to the intersection of Columbia Pike (US 29) and Fairland Road for the report of a two vehicle collision that just occurred.

Preliminary investigation has revealed that a white 2003 Suzuki motorcycle was traveling southbound on Columbia Pike (US 29) approaching Fairland Road. The second vehicle, a white 2019 Toyota Camry was attempting to make a left turn from northbound Columbia Pike (US 29) to westbound Fairland Road. The two vehicles collided near the intersection. The motorcycle operator was ejected from the motorcycle. He was pronounced deceased on scene. The operator of the Toyota was transported to a local hospital with non-life threatening injuries.

The decedent is identified as a 54-year-old male from Silver Spring.

Wheaton Arts Parade & Festival to be Held This Sunday