Per MCPD:
For Immediate Release: Thursday, May 5, 2022
Detectives from the Montgomery County Police Department – 4th District Investigative Section are investigating a shooting incident that occurred on Sunday, April 17, 2022 in the 12300 block of Georgia Avenue (Glenmont). Detectives have released surveillance photos of the female suspect and are asking for the public’s assistance in identifying her.

At approximately 9:31 p.m., 4th District officers responded to the CVS Pharmacy in the 12300 block of Georgia Avenue for the report of a shooting that just occurred. Upon arrival, detectives determined that an unknown female suspect entered the CVS Pharmacy and began placing property belonging to the store in her bag. When the suspect attempted to exit the store, an employee tried to stop her by standing in front of the exterior sliding glass exit door. At that time, an unknown male suspect approached the door the employee was attempting to block and fired a handgun into the bottom panel.

The female suspect is described as Hispanic, approximately 5-feet, 6-inches tall and weighs 150 pounds. She has brown hair that she wore in a bun at the time. She was wearing a red shirt, multi-colored leggings, and white shoes, and carried a white and yellow bag.

The male suspect is described as Hispanic. He is bald and was wearing a dark colored shirt with a red striped mask covering his face.

Anyone with information regarding these suspects or this crime is asked to call the 4th District Investigative Section at 240-773- 5530 or 240-773-TIPS, or contact Crime Solvers of Montgomery County toll-free at 1-866-411-TIPS (8477). A reward of up to $10,000 is being offered for information that leads to the arrest of the suspect. Callers may remain anonymous. 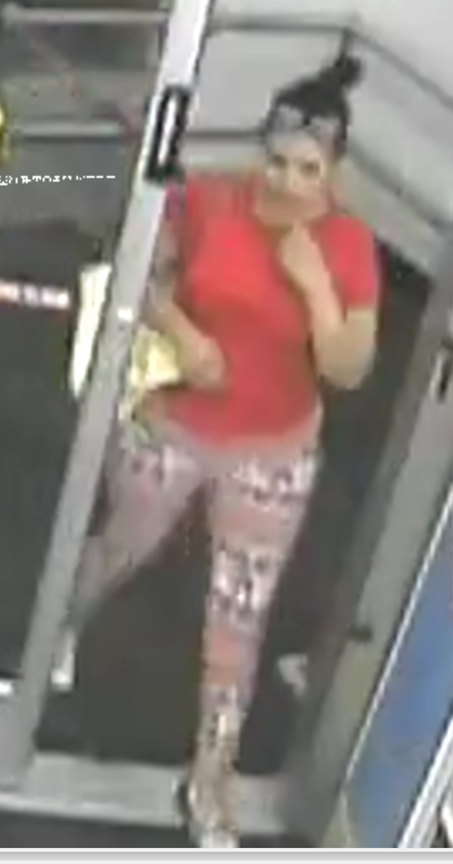 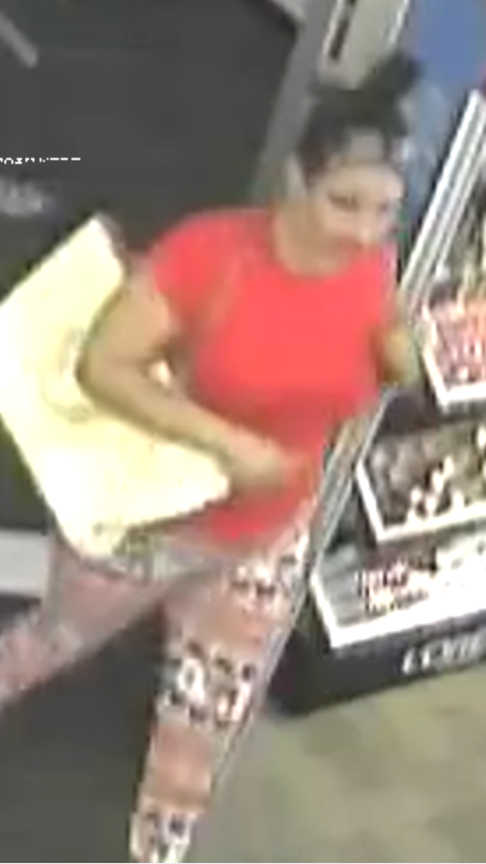