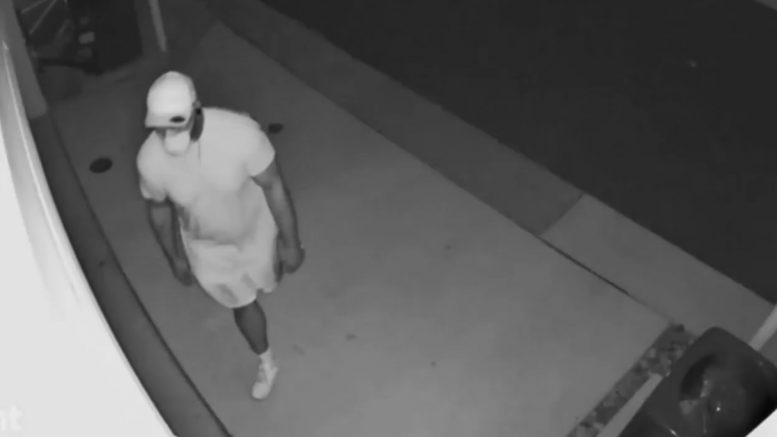 Gaithersburg, MD – Detectives from the Montgomery County Department of Police – 4th District Investigative Section are investigating a September burglary, package theft and attempted theft from autos in the Kensington area. Investigators are releasing surveillance video of the male suspect and are asking for the public’s help in identifying him.

Residential surveillance video captured the suspect on September 21, at approximately 2 a.m., in the 2800 block of Findley Road entering an open garage and stealing items. The suspect is then seen checking vehicle door handles, gaining access to unlocked vehicles and rummaging through them. The suspect is also seen taking an unattended package prior to fleeing the scene.

Anyone with information regarding this suspect is asked to call the 4th District Investigative Section at 240-773-5540.

Fire Truck Struck This Morning on I-270

Be the first to comment on "Detectives Investigate Residential Burglary, Package Theft and Theft from Autos in Kensington"