Gaithersburg, MD – Detectives from the Montgomery County Police – 3rd District Investigations Section are investigating the July 2021 string of over 40 thefts and vandalisms, involving laundry cash machines in the Washington Metropolitan region. Detectives have released a surveillance image of the primary suspect and are asking for the public’s help in identifying him.

The investigation by detectives has revealed that between the hours of midnight and 4:00 a.m., an unknown Hispanic male, often accompanied by a black male, acting as a lookout, have been utilizing a saw to vandalize laundry cash machines throughout the Washington Metropolitan region, in an attempt to steal the cash.

Detectives have determined that the suspect often arrives to the different locations by bicycle, carrying a large duffel bag or backpack containing the tools needed to commit the crime. The suspect makes entry into different secured buildings by way of unsuspecting residents.

Anyone with information regarding this suspect or this crime is asked to call the 3rd District Investigative Section at 240-773-6870. 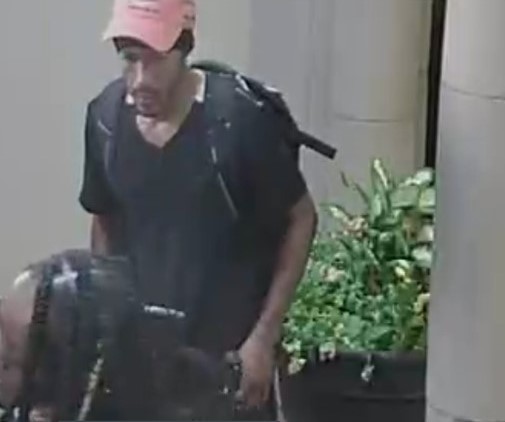