Per MCPD: Detectives from the Montgomery County Department of Police – Major Crimes Division are investigating a bank robbery that occurred on Wednesday, November 16, 2022, at the TD Bank in the 8100 block of Wisconsin Ave., in Bethesda. Detectives have released surveillance photos of the male suspect and are asking for the public’s assistance in identifying him.

At approximately 10:32 a.m., 2nd District officers responded to the location for the report of a bank robbery that just occurred.  The investigation by detectives revealed that the suspect entered the bank and approached an employee who was working behind the teller counter. The suspect then implied that he had a weapon and demanded money. The employee complied and handed the suspect a teller drawer, containing an undisclosed amount of money. The suspect took the money and left the scene.

Detectives reviewed the surveillance cameras of the bank and obtained a description of the suspect.  The suspect is described as a Black male, in his 20’s, approximately 5-feet, 10-inches tall, of a slim build, wearing a black ski mask, a black hooded sweatshirt, blue latex gloves and black pants. 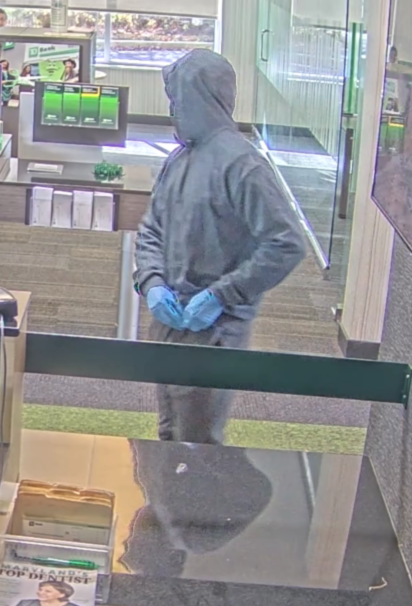 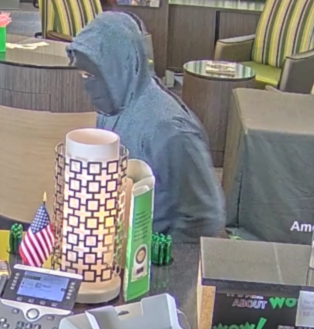