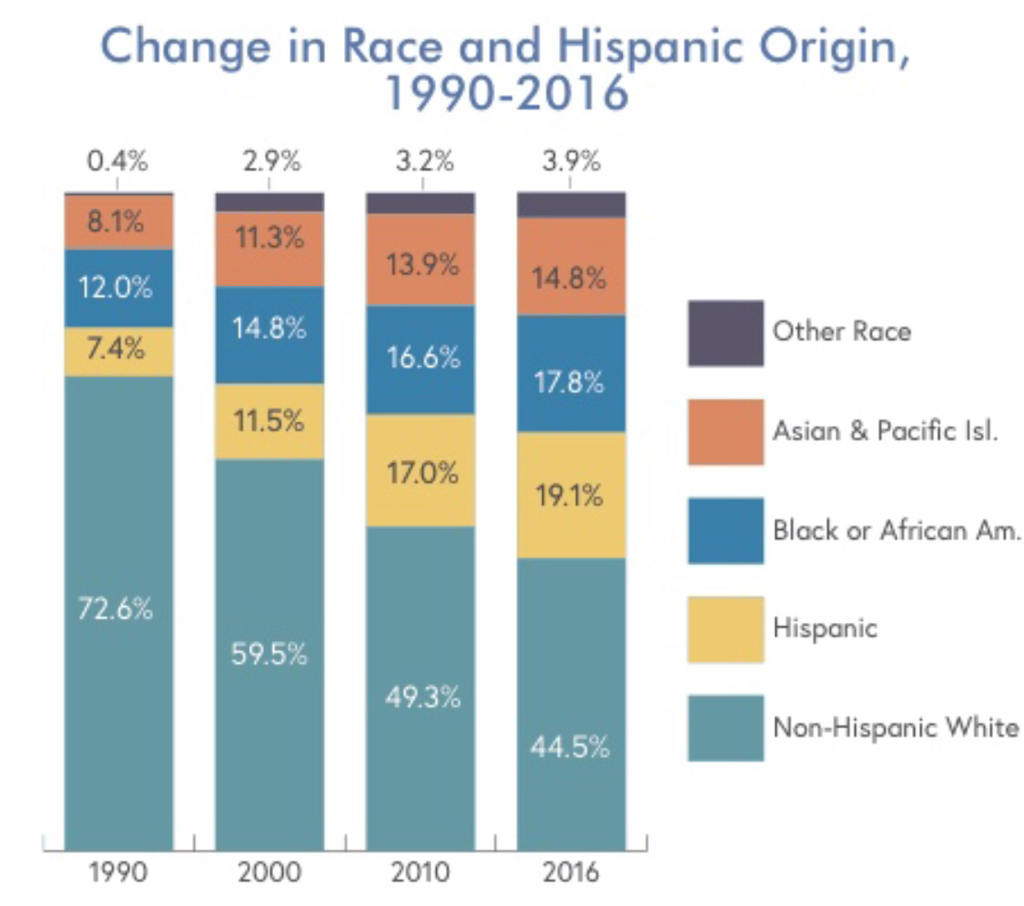 This chart, courtesy of the Montgomery County Planning Department, was brought to our attention by Dan Reed (of www.justupthepike.com). It shows the change in race in MoCo from 1990-2016.

The 1990 MoCo numbers are very similar to the 2016 numbers for Frederick County, which are:

More statistics from the Montgomery County Planning Department can be found here: http://montgomeryplanning.org/wp-content/uploads/2018/02/18.02.12_QuickStats.pdf