An eight part docuseries on the 2002 DC area sniper shootings titled “I, Sniper” will debut on Vice TV this Monday at 10PM. 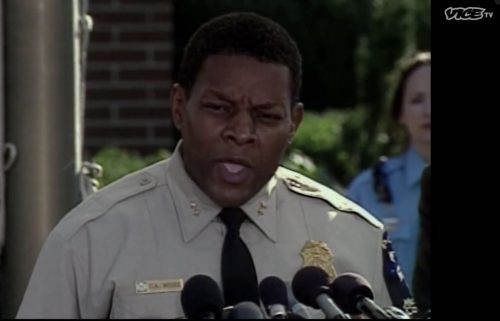 You can view the trailer here.

“As told by the surviving shooter of the D.C. sniper attacks, I, Sniper is a tense, nail-biting journey through the random killings that gripped the nation for 23 days in 2002.”

Between October 2nd and October 24th, John Allen Muhammad (41) and Lee Boyd Malvo (17) shot and killed ten and injured three others across Maryland, DC, and Virginia. Four of the shootings occurred in Montgomery County.

In September 2009, Muhammad was executed by lethal injection. Lee Boyd Malvo is currently serving life in prison without the chance parole.

There are memorials to the victims of sniper attacks at Brookside Garden in Wheaton and the government plaza in Rockville.

Beyond MoCo: Ocean City Listed as One of...