Around 10pm on Saturday Night, Montgomery County Fire and Rescue unite from Cabin John Park and Special Ops TRT (Technical Rescue Team) responded to a call on the grounds of the Norwood School in Potomac.

A dog (10 or 11 year old mixed lab breed that weighs approximately 80 pounds) had slipped or fallen into an abandoned underground well.

The dog appeared to be injured and the crews pumped some air down into the well to ensure the dog was able to breathe as they were preparing for the rescue. Animal services were also on the scene to make sure the dog was okay after it was removed from the well.

It took approximately one hour to complete the rescue and the dog did not appear to have life threatening injuries.

Information and photos below, courtesy of Pete Piringer. 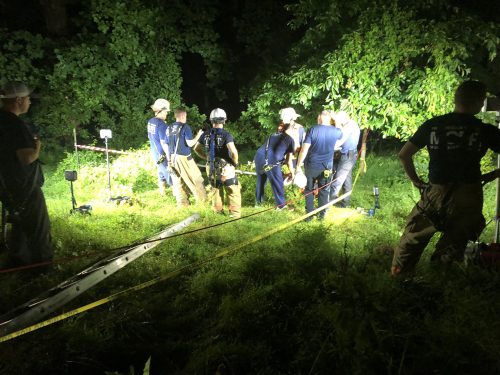 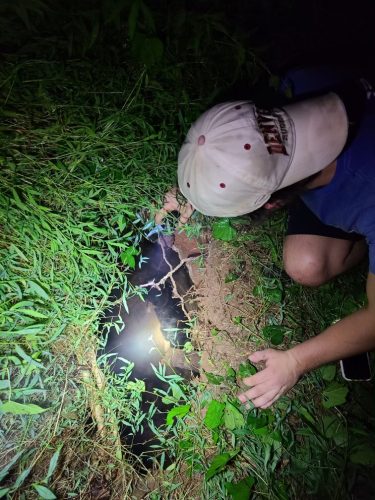 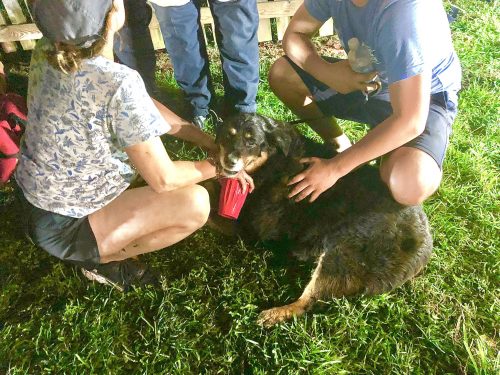 The Pretzel Bakery is Now Open