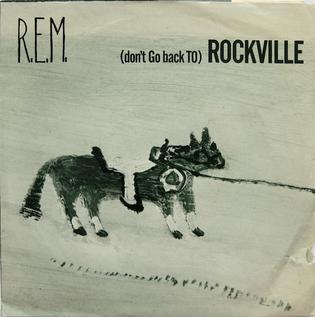 R.E.M. will go down in rock and roll history for their legendary hit songs. A popular favorite is “It’s the End of the World As We Know It.” When it plays, everyone in the car shouts the chorus and mumbles the rest. But while I was scrolling through a list of R.E.M’s music, I was surprised to find a lesser-known song featuring Montgomery County’s Rockville.

The song “(Don’t Go Back To) Rockville” was released in 1984 as a single and came from the band’s second album, “Reckoning.” The bass player Mike Mills’ inspiration came from his then girlfriend, Ingrid Schorr, leaving Athens, Ga. and moving back home to Rockville. The music takes on a country twang, noteably different from R.E.M.’s punk roots and their future sound.

Schorr spoke with Hermenaut in 2015 about her own account of what happened. She was in college at the time and had started dating Mills. “My once-good grades had given way to behavior that my parents were starting to get wind of, and they instructed me to come back home to Maryland for the summer. I didn’t want to go,” Schorr recounted.

“(Don’t Go Back To) Rockville” unfortunately didn’t make the top Billboard Hot 100 or the UK Singles Charts. And despite R.E.M’s warnings, we’ll keep going back to Rockville.

Use Virtual Technology to Buy or Sell Your Home by our Real Estate Experts, Team Nurit