A driver that struck a Montgomery County fire engine on Friday was charged with a DUI and several additional charges.

The incident happened early Friday, around 12am, on I270 near Montgomery Village Ave & I370.

Chief Spokesperson for MCFR Pete Piringer reports that at the time, the fire truck was positioned as a ‘blocking unit’, providing a barrier for first responders that were putting out a car fire.  The collision caused moderate damages to vehicles. 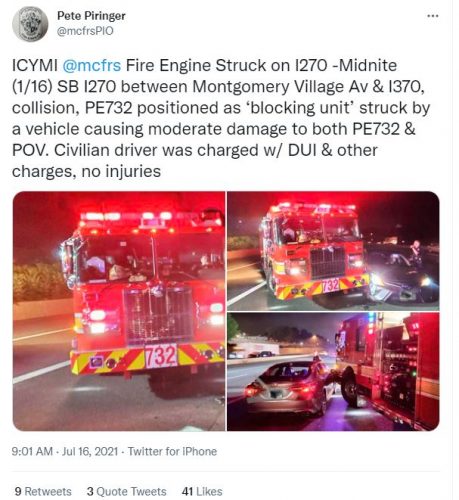