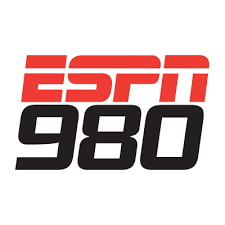 Steve Solomon, known as Solly to many listeners, is joining over 30 other candidates in an attempt to win one of the four Montgomery County Council at-large seats.

Though he announced his candidacy months ago, I didn’t realize that the Steve Solomon running for county council was the same person as “Solly” from the radio. I had the opportunity to speak with him at ESPN980 studios in Rockville last week.

Solomon, 41, has been the producer and “sidekick” on The Steve Czaban Show for several years now. He also produces and hosts a national morning show on SB Nation Radio. Solomon says he does and says things on the radio that most others won’t and believes that this type of honesty and straightforwardness is something that would help him if elected.

I asked Solomon what qualifies him to be a councilman. He told me that his perseverance in radio is proof of how hard he works and that it would be something he brings to the county. “I want what most people want– good schools, safe neighborhoods, and a strong economy for all people… not just a specific group of people that I’m advocating for, like other candidates are doing.”

It’ll be interesting to see how a radio personality does in a county election here in MoCo.